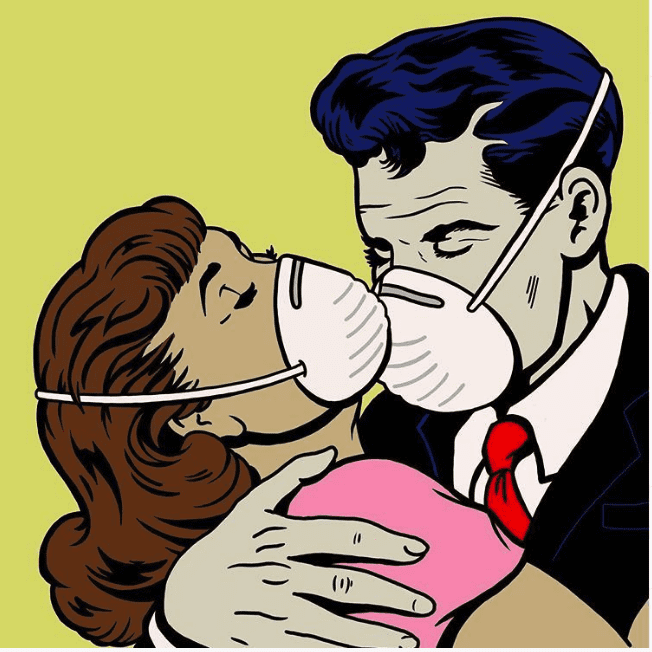 Atlanta satirist Chris Veal received a request to add masks to one of his more recent prints. 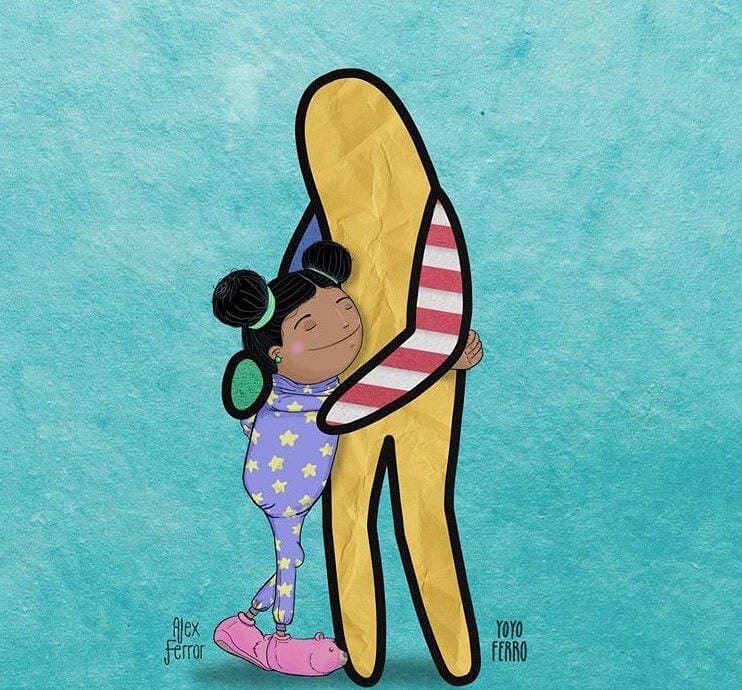 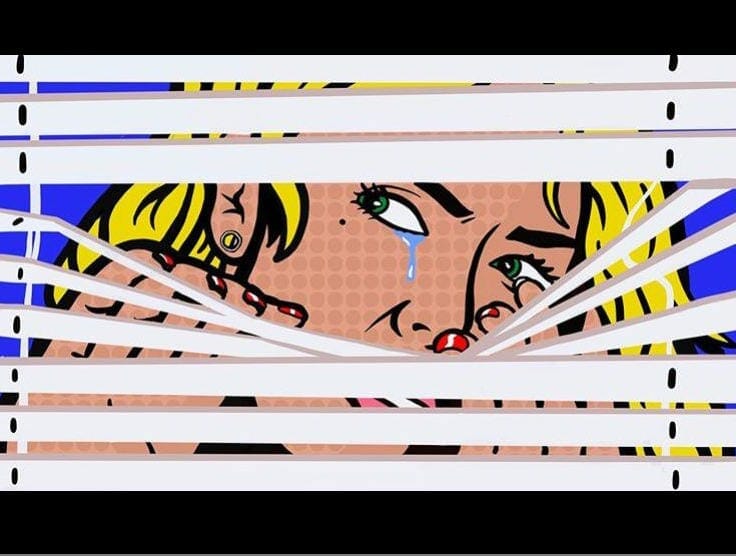 Another piece from Chris Veal. 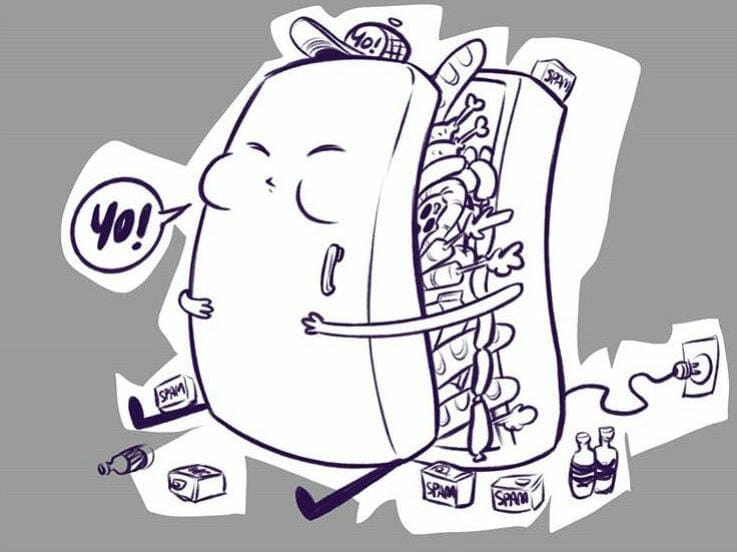 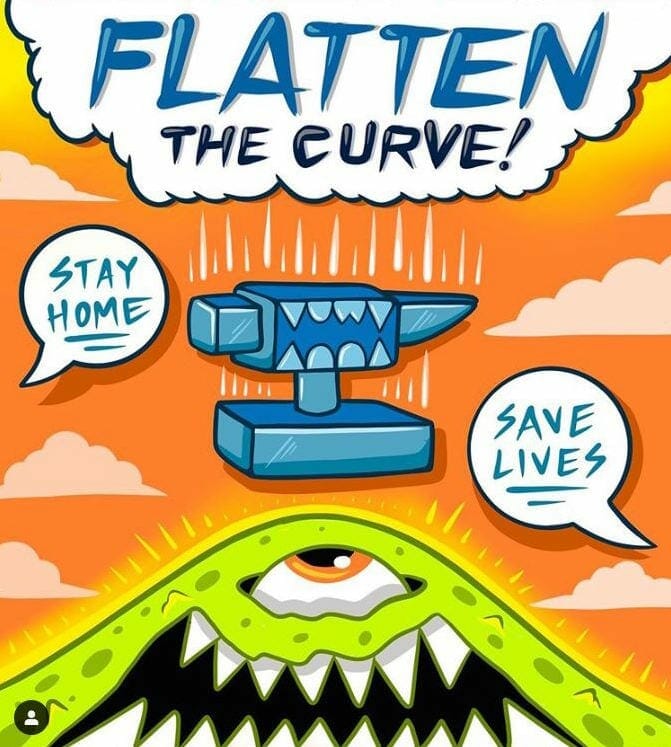 When Covid-19 hit in early March, many of us were out of work, filing for unemployment or switching to teleworking. Atlanta’s street artists felt the sting, too, having to be ever more resilient and resourceful.

New outdoor murals are pretty much on hold. Yoyo Ferro, who often collaborates on outdoor murals, is now doing so virtually. Chris Veal has turned his satirical eye on the pandemic. Mikhaela Cherry wants to go outside but can’t. This list goes on and on.

We talked to five of these artists — Ashley Dopson, Greg Mike, Sanithna Phansavanh, Fabian Williams and Ferro about their struggles and their art during this strange time.

FABIAN WILLIAMS: “I am exhausted”

Fabian Williams, better known as Occasional Superstar, says the pandemic has shown the racism that America is capable of, and always has been. “All of the things that are happening are a mirror, all of what we see is dependent on our vision,” he says. “We’ve been doing social distancing for more than 10 years.” He sums up the world in a pandemic and the racism we’ve seen in three words: “What the fuck?” Now he’s working on a piece for Morehouse College that could be the biggest mural in the city. It tells the story of young, black men starting in ancient Africa. He has other projects in the works, too, but hasn’t been able to continue them because of the quarantine.

“Every city has a different flavor,” Williams says. “It is a display of a city’s culture. If you have issues are they being spoken about? Are you telling your city’s history?”

There’s a sense of anxiety throughout the community, he says. He finds himself feeling hopeless, exhausted and trying to hold onto sanity.

“I’ve been trying to process the pandemic across several different levels,” Williams says. “Those of us who are black are dealing with racism on top of all of this. We’re forced to deal with the fact that even though we’re wearing masks, we’re still in danger.”

Williams is the founder of BLOOM, a nonprofit that seeks to make underserved communities self-sustainable through local partnerships and resources. The nonprofit’s latest project, Cherokee Rosewood, has turned a block of Jonesboro Road into an open-air museum featuring culturally uplifting murals and edible gardens nearby.

SANITHNA: I’ve just been trying to adapt as well as I can”

Sanithna Phansavanh, aka Sanithna, says that for artists who paint out of sheer love, quarantine won’t be any different. “They’ll still get out there and let their passion carry them.” But for artists who create public art on commission, there will be fewer opportunities as budgets get reshuffled and logistical limitations such as the ability to travel continue. His work ranges from small pencil drawings to large-scale painted murals and has been seen nationally and internationally, with notable showings at the High Museum of Art, on the Atlanta BeltLine as a part of the Living Walls Conference and through the city of Atlanta’s public art programs.

Phansavanh came to Atlanta via Kansas City, where he and his family lived through a refugee program after his mother escaped Laos. He’s created murals all over Atlanta, incorporating ideas of growth, women as strong members of society and perception.

“There’s a general unease to everything that I think, feel and do now, from pondering the state of the world, to how society can progress, to how I can put food on the table,” he says. “Life is so new and unique, so different, I’ve just been trying to acclimate and adapt as well as I can.”

This means being less focused on art-making and more focused on survival. “I still create, but they’re rote exercises, just to keep me in practice,” he says. “The spirit is a little preoccupied with trying to keep the host alive.”

Muralist Ashley Dopson’s earliest memories come from her hometown in New Orleans. Much of her work is inspired by childhood memories of Mardi Gras’ vivid floats and the creatives that filled the streets with music and art. Since moving to Atlanta in 1989, she’s painted murals at the Barack and Michelle Obama Academy in the Peoplestown neighborhood, Deerwood Academy, Hutchinson Elementary, Frederick Douglass High School in northwest Atlanta and more. Last summer she finished Flight of the Fireflies, which runs alongside the Atlanta Music Project building in southwest Atlanta, her largest mural to date.

The biggest issue caused by Covid-19, she says, is that artists aren’t being paid in a timely manner. Everyone is in limbo and the closure of stores has forced them to be resourceful when gathering art supplies.

“Pan means ‘all’ in Greek” she says. “To me, this pandemic embodies civil unrest, illness and sickness, and joblessness. There’s so many issues that hit at one time. As artists, we look at how we can use our art to inspire the community and how we respond to the current environment with resolve.”

Dopson is working on a series of collages that combine her paintings with fabric and texture samples. The samples, donated by Zero Landfill Atlanta, are helping her push the boundaries of her work.

In the next few weeks she’ll be painting a mural in West End titled “I got your back.” She hopes it will encourage empathy and compassion in the community and provide a glimmer of hope in the midst of this pandemic.

“The theme of my work is to tell a story of characters going through life’s struggles and their attempt to reach their goals,” Yoyo Ferro said in an interview with ArtsATL last year.

Ferro, who was born in São Paulo, Brazil, moved to Atlanta in 2010. He began making art — specifically origami — in 2012. He’s often identified by his genderless, raceless and faceless characters, which represent the spectrum of joys, sorrows and challenges that day-to-day life offers. During the pandemic, Ferro has focused more on his illustrations and digital work. As more companies shutter or remain closed, his mural work has decreased. But he’s positive and says that being versatile is key.

“Not having to respond or do as much as before, I’m actually able to create more,” he says. “If artists are not working on their portfolio or something new right now, it’s a missed opportunity.”

Everyday life influences one’s mood, he says, and the pandemic has brought a lot of people down. Before he was inspired by everything around him. Now that inspiration is limited. “It’s not good for anyone. It’s not harder for artists as it is for any other people right now. We’re all in this shitty situation together.”

“Murals make an impact,” he says. “Art in a public space makes people in the community proud to be from that place. I grew up in a small town with little to be proud of. Now, there are things happening all over Atlanta that I’m proud of.”

Before the pandemic, Ferro wrapped the solo exhibition Color-Full at the Plaza. He’s working on a new show called Masterpiece and spending time with his month-old son.

“We all love art, but if the zombie apocalypse or the pandemic comes, art is not considered a priority,” he says. “But there’s still been a lot of support from Atlanta right now as far as buying prints and such.”

GREG MIKE: “There are some positives we will use moving forward”

Greg Mike sees the pandemic as a chance to push the boundaries of innovation. Mike is the founder and creative director of ABV Agency / Gallery, a studio that specializes in branding, apparel design and visual production. You’ve probably seen his painting of LOUDMOUF throughout the city, captioned with a simple but important message. In 2015, Mike founded OuterSpace Project, an Atlanta event series that brings together artists from around the globe to merge public art, live music, design, action sports and culture. Because of Covid-19, he’s replaced OuterSpace Project with InnerSpace Project, intended to bring the goals of Outerspace to life online as a way to keep collectors and fans engaged.

“This led me to think about how people could experience art in a digital space,” he says. “People are so used to seeing artwork in person, but there are some positives that we will use moving forward to get past this pandemic and continue to use once we get back to the new normal.”

At ABV Gallery, he says, “I’m able to hit a market that’s much larger. We’re able to reach not only Atlanta, but around the world.”

The decline of art purchases in the store and increasing online success has led Mike to consider incorporating livestreams at future gallery events. “We would have never thought of this without the pandemic,” he says.

Mike and several other artists have created a series of free pandemic-related phone backgrounds. Download them here.