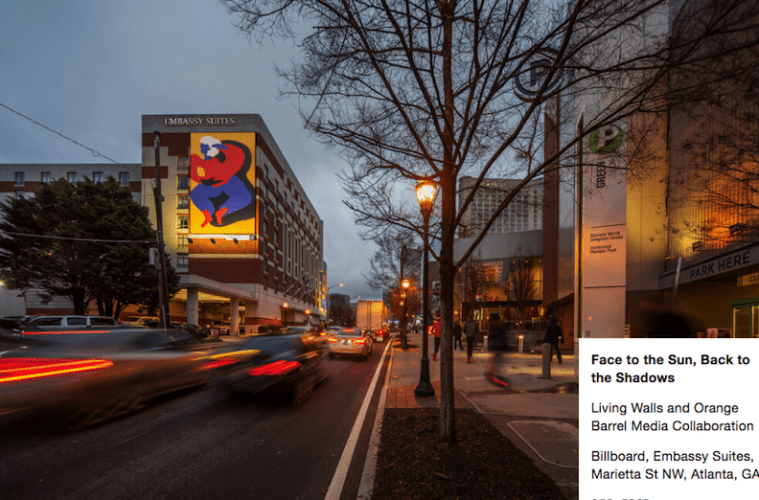 The playful shapes and characters of artist Meredith Anne White dance off the canvas. Her marriage of color and mark-making produces a distinctly recognizable body of work. She draws attention to abstract expressionistic shapes much like Matisse invoked connections among viewers. She often interprets themes of self-love, equality and the human body in her public art as well as art-making on canvas, print and textiles. 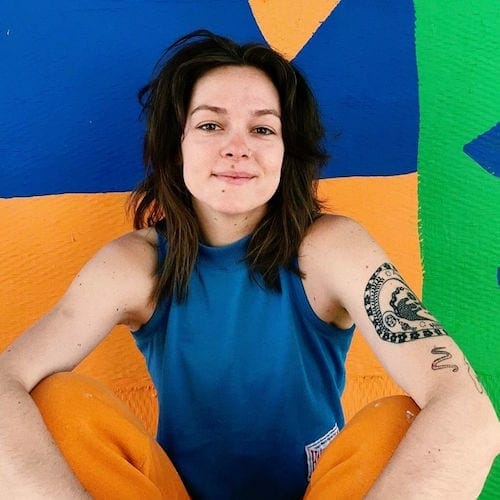 White’s feet are firmly planted in Atlanta’s creative community. She comes from Alpharetta, graduated from the University of Georgia with a B.A. in art history (2015) and worked in graphic design. She then became program manager and volunteer coordinator at MODA. Since 2017, she’s been the resident artist at the retail shop COCO + MISCHA, where she does murals and works on brand identity, visual merchandising and event planning.

White’s work reflects her admiration of resilient women while interpreting postmodern culture and its impact on civil rights. “I hope to invoke a connection for my viewers while representing the truest version of self-love, equality through expressive mark-making and the beauty represented by the human body,” she says.

These include Becoming the Star (2019), a mural for Forward Warrior on Wylie Street in Cabbagetown. The image illustrates grief, love, loss and transformation. Face to the Sun, Back to the Shadows and Wholeness, were both done in collaboration with Living Walls and Orange Barrel Media at the Embassy Suites on Marietta Street NW downtown. When the Unknown Feels Too Heavy, Root Inward (2017), a 24- by 48-inch acrylic on primed canvas, was done through Living Walls in collaboration with Signs of Solidarity ATL. The project was done to spread messages of positivity and hope in public places. The banner was recently auctioned with all proceeds benefiting the Georgia Farmer Fund through the nonprofit Georgia Organics, which connects families and farmers. 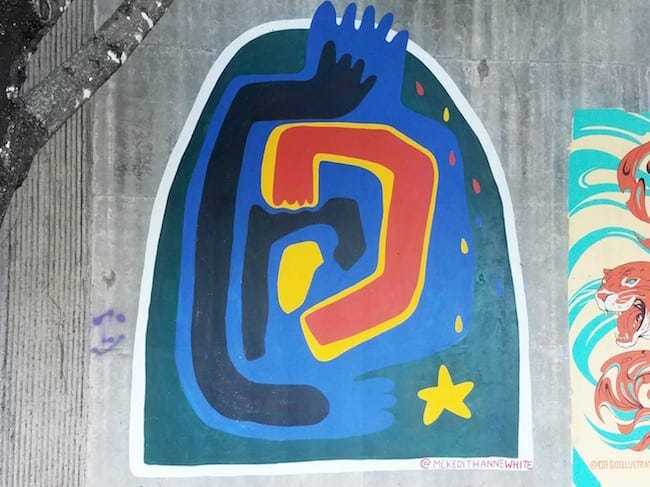 “Becoming the Star,” a mural done through Forward Warrior on Wylie Street in Cabbagetown.

White has collaborated with Blackside Press to release limited-edition screen prints of her Root Inward banner. A portion of the proceeds will again benefit Georgia Organics. The prints can be purchased HERE.