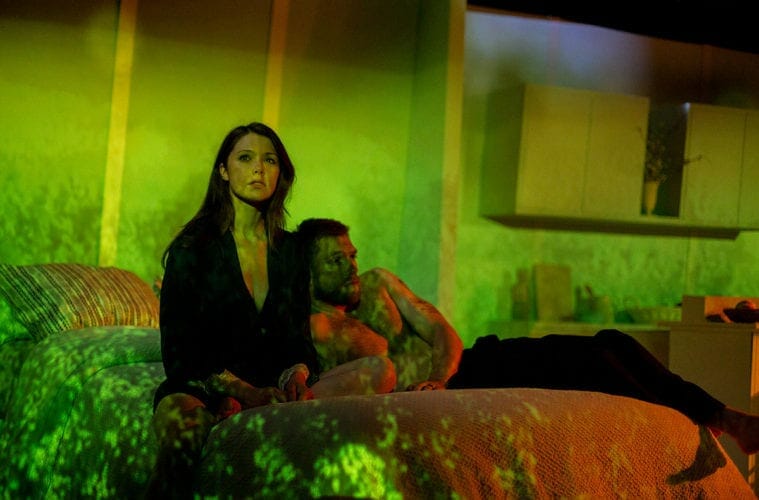 In Dry Land at Atlanta Theatre Club, two teenage girls find themselves at a crossroads between childhood and motherhood. In The Wolves at Horizon Theatre, #7 tries to hide an abortion while pursing a captain’s position on her soccer team. In The Hero’s Wife at Synchronicity Theatre, Karyssa contemplates whether to stay with her troubled ex-Navy SEAL husband or save herself. 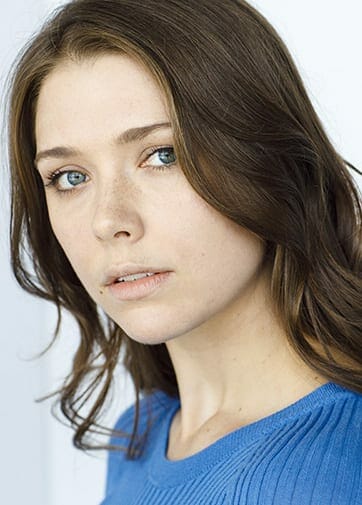 “The more theaters there are, the more normal going to see theater becomes,” says actor, director and producer Rebeca Robles.

As a director, actor and producer, Rebeca Robles appreciates young women who defy society’s expectations. They don’t often get much stage time, but she’s working to change that through the itinerant, female-driven Atlanta Theatre Club, where she is artistic director.

The company will produce Grounded, a solo play by American playwright George Brant at 7 Stages  for an August 3–17 run. The 2012 drama features a woman who returns to small-town domestic life after an unplanned pregnancy upends her career as a fighter pilot. Robles directs.

Robles, 26, first came to Atlanta for a Horizon Theatre apprenticeship, attracted by Georgia’s growing film industry. “Atlanta feels like it’s full of possibility, and it’s always growing and changing,” she says. “It’s exciting to be a part of that. As artists here, there is a little more wiggle room to create our own paths.”

One of Robles’ more recent projects was a recurring role on the Netflix original show Insatiable. You can see her soon in an original Hulu show called Reprisal, which is in post-production. She already has a string of stage, film and TV credits.

“I really fell in love with producing,” she says. “I loved being able to take something and make it my own.”

The stories she wants to see produced reflect the growth she hopes younger artists can generate. One of the art form’s biggest challenges, she says, is marketing to millennials and Generation Z. Her company is bent on giving opportunities to, and collaborating with, younger artists.

“The pillar theaters are amazing and do good work, but I think more is not a threat,” Robles says. “It adds to the dialogue, makes people ask more questions. The more theaters there are, the more normal going to see theater becomes.” 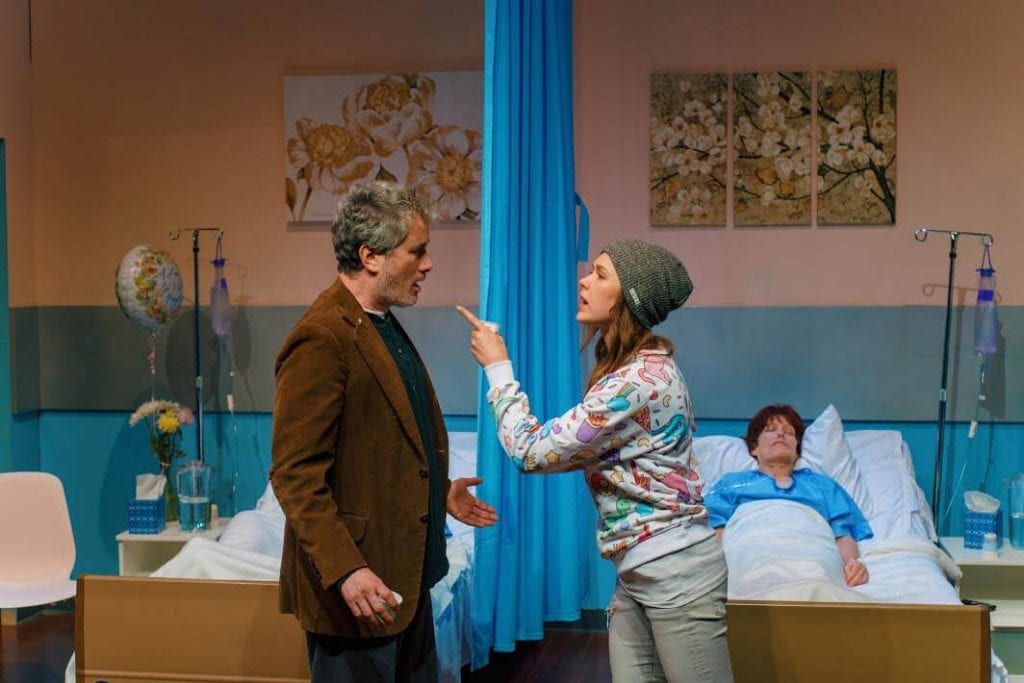 Doug Dickerman and Rebeca Robles play a fledgling couple who meet when their mothers share a hospital room in 2018’s A Funny Thing Happened on the way to the Gynecologic Oncology Unit at Memorial Sloan Kettering Cancer Center of New York City. (Courtesy of the Atlanta Theater Club)

At this point in her career, Robles is excited to do what she loves. She says the journey hasn’t been an easy one, because “there’s a lot of pressure as a young artist to be constantly going, auditioning or getting a step further in your career.

“Being an artist can feel all-consuming, and the joy can be lost,” she says. “Sometimes it’s OK to be happy where you are.”

Robles is hopeful about the future of Atlanta theater and her place in it. She hopes aspiring artists can look to her as an example of what happens with hard work, meaningful connections and constant exploration. More than anything, she just wants to see more people in the theater sharing each other’s stories.

“Live theater is extremely important because it fosters empathy, and out of that empathy comes love, compassion, and the desire to understand people.”