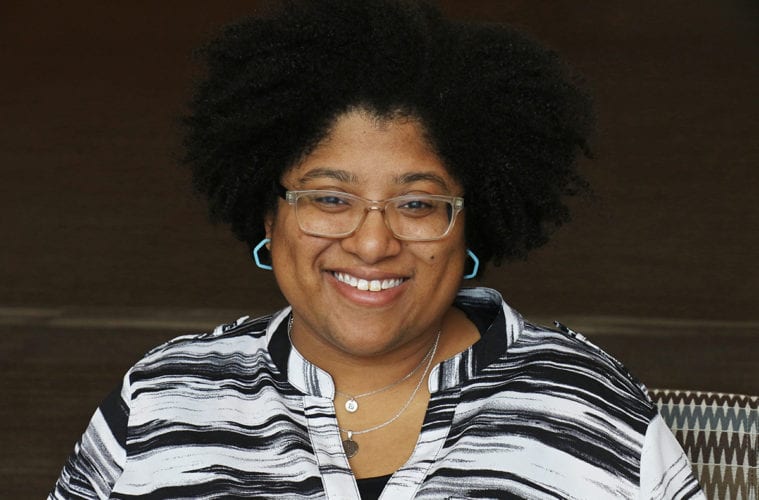 Donya K. Washington was “that kid” — the kind who staged productions in her living room, invited her neighbors, picked costumes for the cast and even sold tickets. At a talent show when she was four, she memorably lip-synced to “Little Girls” from the musical Annie and tried to use a real liquor bottle as a prop. Her parents objected, something she calls an insult to her already established artistic integrity.

These living room dramas laid the foundation for her current role as assistant producer at the Alliance Theatre — something she didn’t even realize was a job until high school. Since those days, she’s earned a BFA from Tisch School of the Arts and an MFA in directing from Brown University/Trinity and worked as a producer and director in New York City. She worked at Oregon Shakespeare Festival for three seasons before moving to Atlanta.

On the search for her next challenge, Washington found out that the Alliance was looking for someone to serve as an off-site producer during its 2017–18 season. It seemed like fate — and the role was in her wheelhouse. Coming from New York, she had worked for scores of theaters that didn’t have their own space, so that way of producing a show was normal to her. But she admits that this was on a different scale.

“The idea sounded absolutely insane, and that made me really excited,” Washington says. “It was something I could sink my teeth into.” 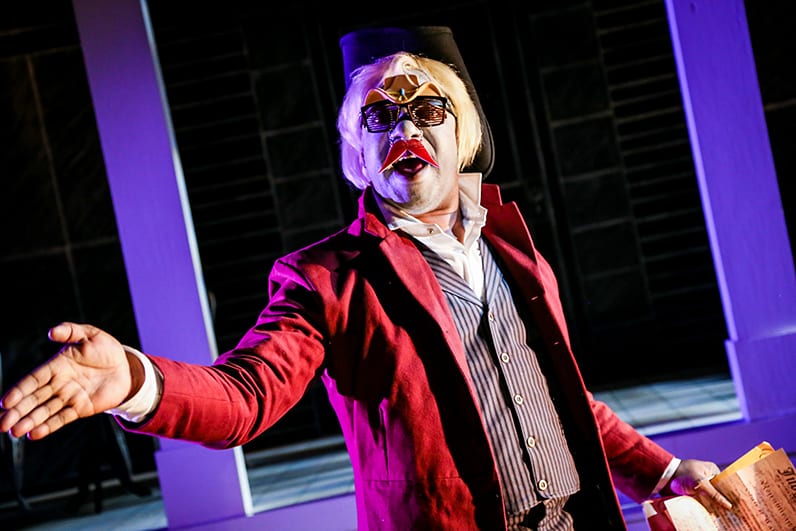 Before moving to Atlanta in 2015, the only officially titled producer on the Alliance staff was Jody Feldman. However, a grant from the BOLD Theater Women’s Leadership Circle has allowed her to stay onboard with the theater — something she relishes because of her new love for Atlanta.

“Everyone knows each other and invests in each other as artists and community members. [In] other places I have lived, there is a competitive angle, but here people are excited when another theater has a hit.”

Earlier this year, Washington returned to directing — this time an acclaimed version of An Octoroon at Actor’s Express. When Actor’s Express’ artistic director Freddie Ashley contacted her last summer to talk about the play, she was instantly hooked.

“I am a huge fan of playwright Branden Jacobs-Jenkins, and I had seen the first production of the show,” she says. “It was right in my sweet spot of talking about stereotypes about black Americans in American pop culture. On the day that we first were rehearsing the lynching, someone made a comment that he was glad we don’t do that anymore, and I said, ‘Actually, we do.’ That’s why it was important for us to do this show.”

Washington is proud that the American theater industry is in the midst of a discussion about equality and inclusion.

“It’s long overdue in many ways, and we aren’t just talking about diversity, but inclusion — hearing more voices at the table. If I know that everyone is welcome at the table, I am able to contribute more. It promotes better storytelling.”

Producing and directing plays that make people want to put their Netflix series on pause are a part of her mission, and dealing with current events helps to achieve that.

“Going to theater is an experience,” she says. “It’s being in a room breathing the same air. Maybe you laugh together or cry together, but the experience is invaluable. We need to remember we need to share this city and planet with other people.”

As for her future plans, she embraces the fact that she has no idea where she’ll be. “I’ve learned not to make a plan. Before I moved to Oregon, I would never have seen myself there. I keep moving places I’ve never been. My mother and father still live in the northeast, and eventually I will probably head back that way. But who knows? Stranger things have happened. I am excited to find out what happens next.”