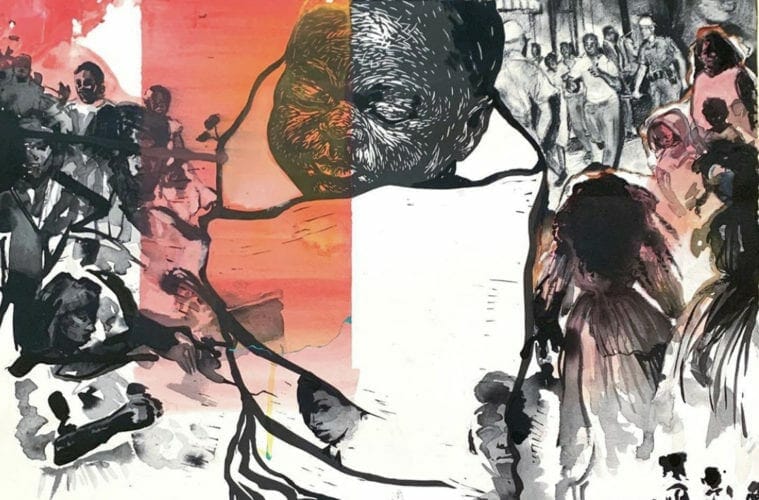 Detail: The Things I Left for You, a collaboration between Jamaal Barber and Demetri Stefan, another Atlanta artist (All images courtesy of Jamaal Barber)

400: A Collective Flight of Memory, on view through July 15, is an exhibition about the present as much as the past. The title represents the number of years since “20 and odd negroes” landed on the shores of Virginia in 1619. Atlanta printmaker Jamaal Barber, whose portfolio centers on black identity, conceptualized the exhibition around the anniversary. But he knew his voice alone couldn’t tell the many stories of the black experience. 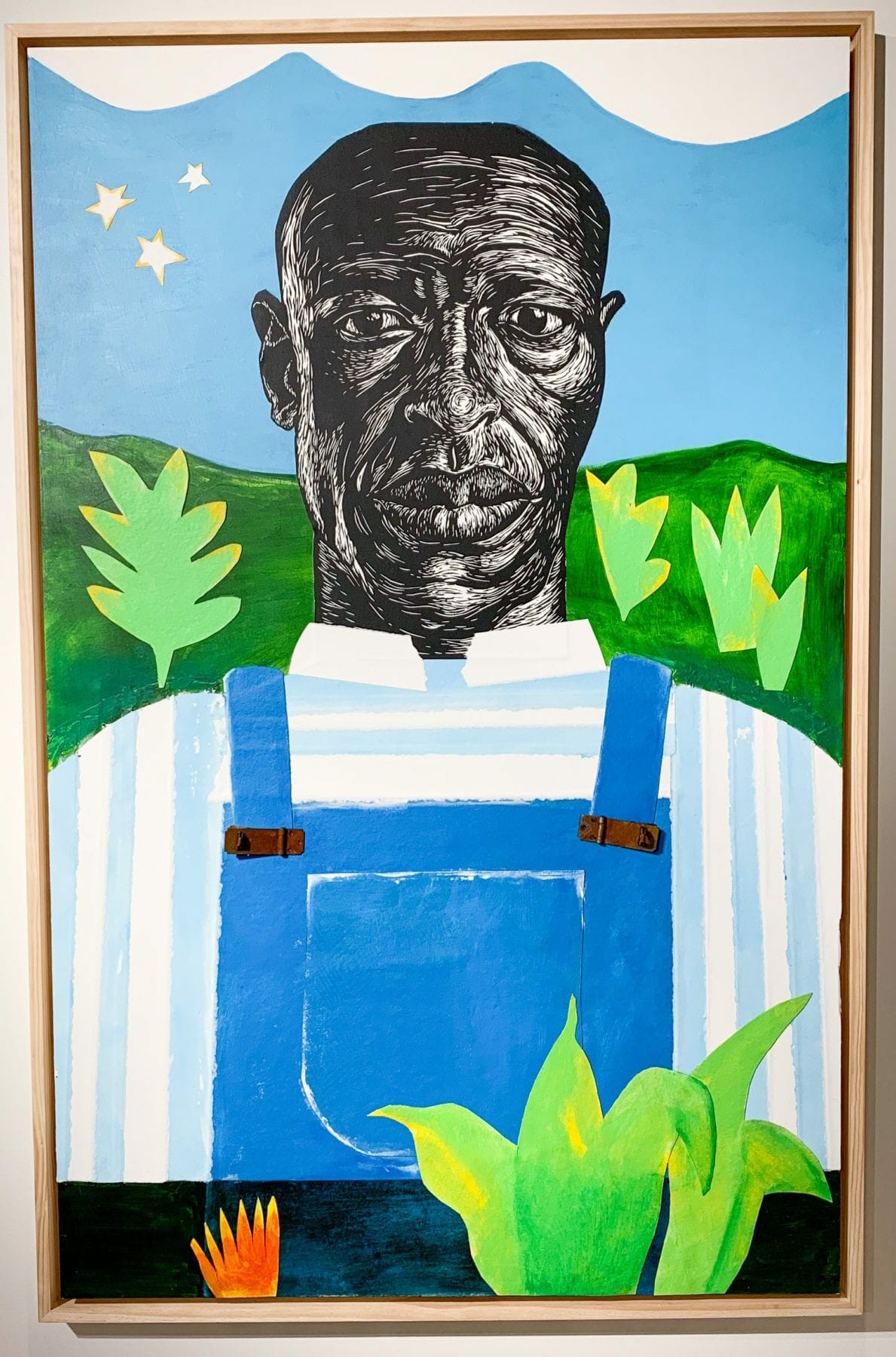 Jamaal Barber’s A Place for Me (After Bearden)

Barber immersed himself in the yearlong project, attuning and integrating the working styles of the other artists while managing graduate coursework at Georgia State University. No one knew how the pieces would connect. Barber simply asked the artists to express what the past 400 years have meant to them. He’d pull it all together, he told them. They just had to trust.

The show magnifies the message that voices are more powerful together than apart. People too. Barber points out that everything that has ever been accomplished by African Americans, including civil rights gains, has come through collaboration. The show’s main point is that work done separately can coalesce into a whole.

The exhibition touches on slavery but doesn’t leave viewers feeling agony and anguish. It’s a topic many people prefer to leave in the past, and Barber admits there’s something melancholy about it. But he counters that sentiment with the belief that one can never learn enough about his or her history. The past and present cannot be separated, he argues. 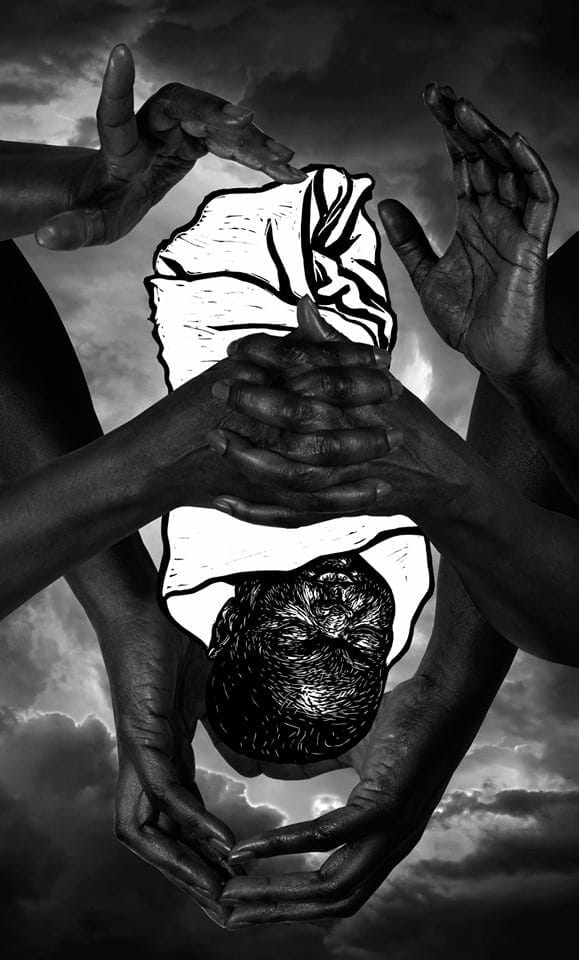 The show also touches on the resiliency of black people and retaining and reclaiming narratives. Dancer Lindsay Renea Benton says she’s thought about what has allowed African Americans to sustain for so long, and her oldest relatives came to mind. Her multimedia work here includes interviews with her great-aunt and grandmother. Everything in the video is meant to signify being able to combine older generations and younger generations in a past, present and future thread line.

400 is purposely not downtown or uptown. Rather, it’s on display at the Aviation Community Cultural Center in northwest Atlanta. The five-year-old Fulton County space is close to Cobb County. The gallery inside is curated by Tisha Smith, Fulton County’s arts program specialist.