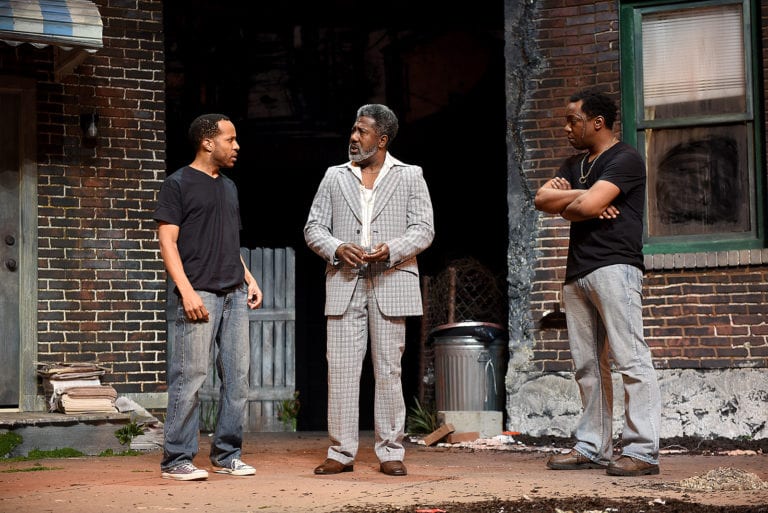 When Jamil Jude met Broadway director Kenny Leon a decade ago, he didn’t know that one day he would take over the Atlanta-based company Leon had founded. In August of this year, Jude will do just that — assume the role of artistic director at Kenny Leon’s True Colors Theatre Company when Leon departs.

It’s certainly not something Jude envisioned when he attended Colgate University in 2005 on a football scholarship, aiming to major in Spanish. Instead, he discovered theater, getting cast in a play his freshman year.

Until then, I saw theater as literature,” he recalls. “I loved August Wilson and had read The Piano Lesson a few times in high school, but I didn’t think it was a living thing. I thought we were only putting on plays by people who were dying or dead. I realized you could write about things that were important to you. I got bitten by the bug and was challenged to write some plays in college. I wound up writing and directing two shows and decided to take the leap into the professional world.” 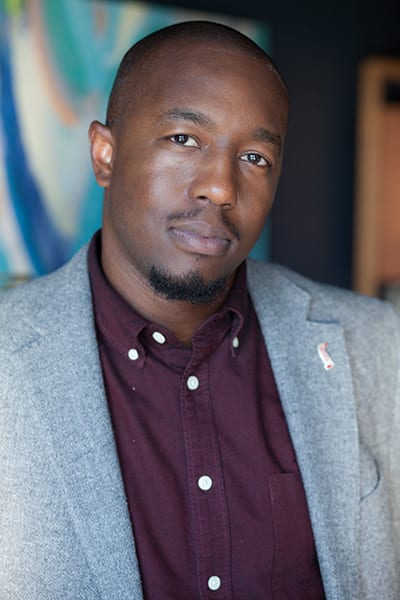 After graduating, his first gig was at Arena Stage in Washington, D.C., where he started as a casting and producing fellow and later became a new play producing fellow at the company’s American Voices New Play Institute. From there, he moved to Minneapolis, where he was a producer in residence at Mixed Blood Theatre Company. Jude was also able to do some freelance work and originated the New Griots Festival, dedicated to advancing the careers of emerging black artists.

He and Leon first crossed paths in 2009 when Jude was at Arena. Leon was there auditioning actors for a production of Lydia Diamond’s Stick Fly, which had a Broadway run in 2012. As Jude recalls, Leon was something of a brick wall initially.

“My job that day was to follow him around and be his assistant,” says Jude. “He was a bit gruff, but when I told him about myself, his face brightened up when he realized I grew up in Tallahassee. That’s where he was born.”

When Jude asked Leon a year later to be his mentor, Leon wasn’t sold.

“Kenny will always say he doesn’t want the responsibility of being someone’s mentor,” he said. “But he did tell me that I had his phone number and to use it. Sometimes he would just text me and check on me.”

The two stayed in contact, and in 2016, Jude mentioned to Leon that he’d hit his ceiling in Minneapolis and was thinking of leaving. As fate would have it, Leon was trying to figure out the next step of True Colors’ artistic journey.

“We had never discussed working together, but I later talked to [former managing director] Jenn McEwen about what an associate artistic director would do. It was random and accidental,” Jude said. “The job was to be associate to Kenny at the theater he founded. Duh! It was a great next step for my career. What pushed it over the edge was that I have family here and it’s near home. Atlanta has been good to me.”

In the fall of 2017, Jude moved to Atlanta. During those early days, he tried to listen as much as possible and “learn the vocabulary” on how to best collaborate with his new team. That first year was a busy one — the company staged four plays, and he directed August Wilson’s 1980s play King Hedley II.

Leon’s departure wasn’t a melancholy, drawn-out procedure. The two men spoke and came up with a strategy, and the announcement was made. However, there was some hesitation on Jude’s behalf.

“After excitement comes some trepidation — you’re going to be running an Atlanta institution that has a track record. There’s some expectation. What gave me confidence is that Kenny came to me and said I was the right person.”

Jude is currently directing Skeleton Crew, which opens February 12. Part of playwright Dominique Morisseau’s Detroit Project trilogy, it’s set during the Great Recession of 2008, and its characters are fearful that the plant where they work will shut down. (True Colors produced Morisseau’s play Detroit ’67, about the Detroit riots, in 2016.) Jude will also direct the first show of the 2019–20 season, Paradise Blue, the first installment in Morisseau’s trilogy.

As he prepares to officially take over, Jude is immensely proud of the company’s embrace of new work, as well as the home True Colors has made for artists of color who might not be able to flex their muscles elsewhere around town.

“I don’t really think anyone has what we have — our audiences look different than any other audience in Atlanta, as does our artistic team,” he says. “Not many theaters in the nation look like us.”