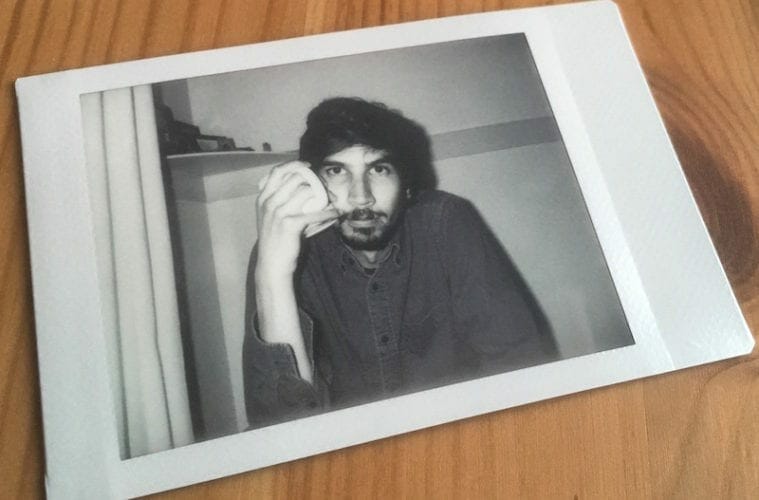 Atlanta photographer Arvin Temkar describes himself as a "walking identity crisis." See some of his work in the outdoor "Georgia FENCE" exhibit titled "POC: Punks of Color," on the Atlanta BeltLine through June.

Q&A: Arvin Temkar and his “POC: Punks of Color” exhibit, up on the “Georgia FENCE”

Arvin Temkar likes guitars, motorcycles, Fuji cameras and punk music. As a young adult, he was angry and fell for punk music, its “attitude and the rebelliousness,” he says. It didn’t take him long to notice that he was the only person of color at nearly every rock he attended. Temkar, now 34, defines himself as a “walking identity crisis.” He is a Filipino Indian American who grew up on a U.S. Army base in Japan.

Flash forward to June 2019. Temkar moves to Atlanta to pursue photography and do corporate and news writing. He soon engages with the local collective called Punk Black and decides to follow the group in concert in Atlanta, Chicago and Washington, D.C.

This becomes the subject for his first long-term photography project, on view as part of the 2020 Georgia FENCE, the regional edition of the national public-art exhibition known as The Fence. It’s on the Atlanta BeltLine’s Westside Trail through June.

Temkar recently talked to ArtsATL about his work and the FENCE exhibit he titled POC: Punks of Color.

All photos in Arvin Temkar’s “Georgia FENCE” exhibit are untitled.

ArtsATL: I think it’s fair to say that Black punk music is far from  mainstream. How did you learn about it ?

Arvin Temkar: I guess it is my personal experience. Punk is traditionally thought of as a very White space, even though there’s this kind of rich Black history of punk rock. When I got to Atlanta I was really interested to see that there was this collective that put on these shows and made a space for bands of color and people of color to come celebrate that music. My intent with this project is not to cover it as an organization, but more to cover the punk scene. That’s something I felt personally connected to, maybe because it was something that I had felt was missing when I was growing up.

ArtsATL: Atlanta is well-known for its hip-hop scene. How you think Black punk music relates to hip-hop? Is there any connection between these types of music and fans?

Temkar: I think there are some crossovers, especially for some punk Black shows that blend hip-hop into their music, which is really cool. People are experimenting and playing with all kinds of traditions and making their own statement in their own music in this space.

ArtsATL: You use a mixture of portraits and music scenes in your project. Can you talk about your approach?

Temkar: I worked behind the scenes and captured some of the things they do, like spray-painting their T-shirts in the parking lot before the show. It’s a super-punk-rock thing to do. I think now they have a screen print or something like that. And then I thought it’d be really nice to take portraits because I feel like one of the really special things about the punk scene is the way people dress up to go to a show, make themselves known to show that they are a little bit different, they are a little bit rebellious. It’s really important for people to have their leather or jean jackets on and their patches. It’s a way to express that you’re part of the community and feel solidarity with other people.

All photos in “POC: Punks of Color” are shot in black-and-white.

ArtsATL: Can you talk about how you use diptychs in this series and whether this has influenced your decision to use black-and-white?

Temkar: I chose the portraits and concert images that I thought spoke to each other and paired them. I chose black and white because a lot of classic punk and music photography is in black and white, with a heavy use of flash. This is very punk rock, having that direct flash portrait. I felt those were  artistic choices to convey the emotion of the music.

ArtsATL: What else are you working on right now?

Temkar: I’m trying to work on a longer-term project about caregivers and the unpaid work that family caregivers do. I’m interested in the Filipino community as well, but I find it challenging to pursue these projects and I haven’t been able to really work on them [since the pandemic hit].