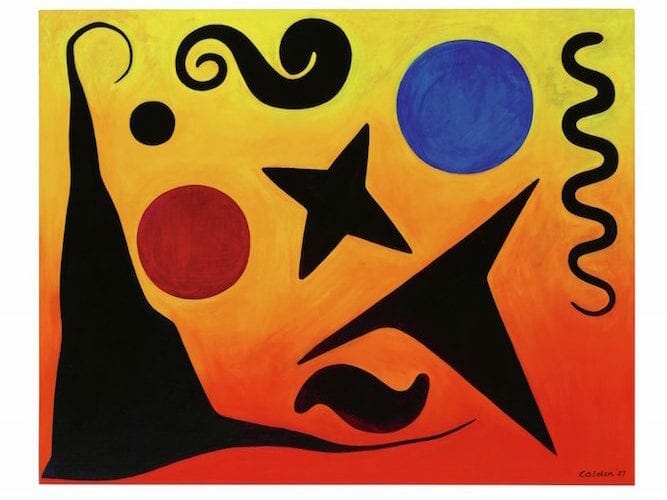 On their way to the High: Calder, Picasso and a boatload of self-taught artists

Alexander Calder, Pablo Picasso and Nellie Mae Rowe are among the artists coming to the High Museum of Art in exhibitions scheduled to open before the end of the year. Please note that the schedule is subject to change. Visit the High website for updates and more details.

APRIL 17–AUGUST 1: Underexposed: Women Photographers From the Collection. More than 100 photographs from the High’s collection, many never before on view and divided, roughly, into five groups: pioneers such Anna Atkins; more recent innovators and avid experimenters such as Betty Hahn, Barbara Kasten and Meghann Riepenhoff; those who worked in photojournalism, advertising and documentary modes and promoted photography as a discipline such as Berenice Abbott, Margaret Bourke-White and Marion Post Wolcott; those who interrogate ideals of femininity through self-portraiture such as Diane Arbus, Nan Goldin and Sally Mann; and contemporary photographers who challenge social constructions of gender, sexuality and identity, including Sheila Pree Bright, Zanele Muholi, Cindy Sherman, Mickalene Thomas and Carrie Mae Weems. Exhibition organized by the High. 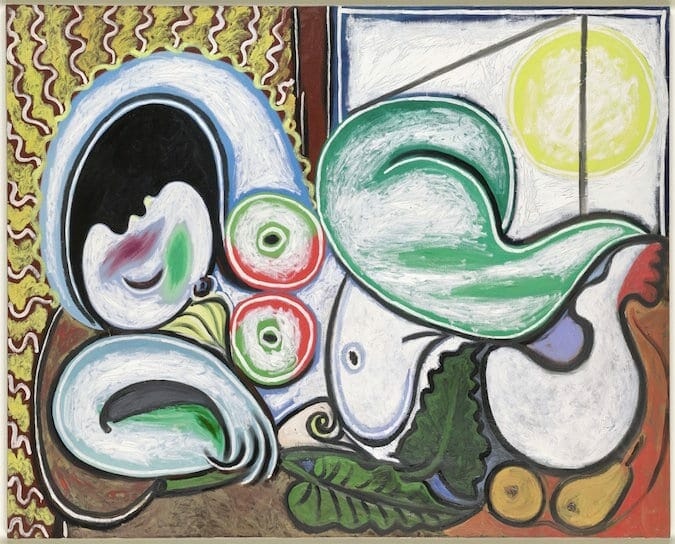 JUNE 26–SEPTEMBER 19, 2021: Calder-Picasso. More than 100 paintings, sculptures and works on paper from all phases of Alexander Calder’s and Pablo Picasso’s careers that reveal the radical innovation and enduring influence of their art. This touring exhibition, conceived by the artists’ grandsons Bernard Ruiz-Picasso and Alexander S. C. Rower, debuted last year at the Musée National Picasso-Paris. Organized by Houston’s Museum of Fine Arts, San Francisco’s de Young Museum and the High Museum.

JULY 2–SEPTEMBER 26: Electrifying Design: A Century of Lighting. The first large-scale show to consider electrical lighting over the past 100 years as a catalyst for technological and artistic innovation within major avant-garde design movements. It will feature nearly 80 rare lighting examples by such leading international designers as Achille Castiglioni, Christian Dell, Greta Magnusson Grossman, Poul Henningsen, Ingo Maurer, Verner Panton, Gino Sarfatti, Ettore Sottsass and Wilhelm Wagenfeld, among others. The High will be the exclusive Southeast venue for this show, organized by Houston’s Museum of Fine Arts.

AUGUST 20–DECEMBER 11: Gatecrashers: The Rise of the Self-Taught Artist in America. Celebrating more than a dozen early 20th-century painters who fundamentally reshaped who could be an artist in the United States, paving the way for later generations of self-taught artists. See work by John Kane, Horace Pippin and Anna Mary Robertson “Grandma” Moses from the years between World War I and II, along with work by Morris Hirshfield, Lawrence Lebduska and Josephine Joy. Organized by the High. 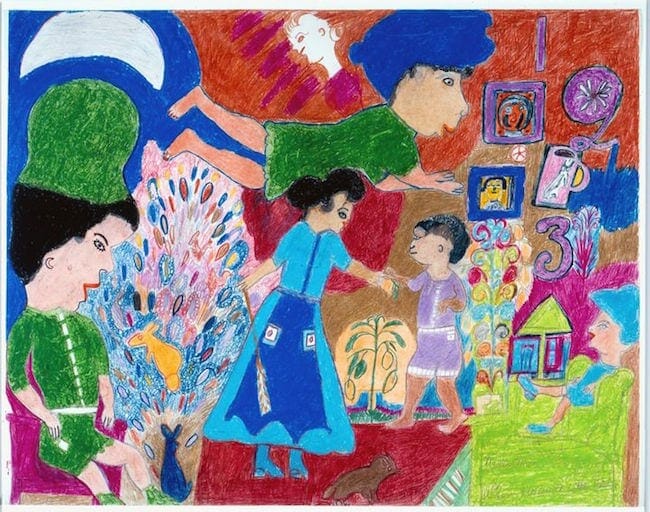 Nellie Mae Rowe, “When I Was a Little Girl,” (1978); crayon, oil pastel, marker, colored pencil and pencil on paper.

SEPTEMBER 3–JANUARY 9, 2022: Really Free: The Radical Art of Nellie Mae Rowe. The first major exhibition of Rowe’s work in more than 20 years and the first to consider her practice as a radical act of self-expression and liberation in the post-civil rights-era South. In the final 15 years of her life, Rowe (1900-1982) lived on Paces Ferry Road, a major thoroughfare in Vinings, and welcomed visitors to her “Playhouse,” which decorated with found-object installations, handmade dolls, chewing-gum sculptures and hundreds of drawings. The show will offer an unprecedented view of how she cultivated her drawing practice late in life, starting with colorful and at times simple sketches on found materials and moving toward her most celebrated, highly complex compositions on paper. Organized by the High.

NOVEMBER 5–FEBRUARY 6, 2022: Picturing the South: 25 Years.
Celebrating the High’s Picturing the South commissioning program. To date, the museum has commissioned 16 artists and built a collection of more than 250 photographs, including some of the more iconic photography projects of the past quarter-century. This show brings them all together and will include the first photographs in Sally Mann’s Motherland series; Dawoud Bey’s larger-than-life-size portraits of Atlanta high school students; Richard Misrach’s Cancer Alley industrial landscapes; and new commissions by An-My Lê, Sheila Pree Bright and Jim Goldberg. Organized by the High.

DECEMBER–MARCH 2022: KAWS PRINTS. KAWS, aka Brian Donnelly, was last seen at the High in 2012. He’s since had major exhibitions across the Asia, Europe and the United States, and is known for bringing the same level of complexity and skill to his printmaking as he does to his painting, sculpture and editioned works. He embraced the democratic principle of making his work as accessible as possible in the tradition of American pop art through editions of multiples, toys and prints. This show will feature all KAWS’s editioned prints in the High’s collection, including the portfolios UPS AND DOWNS (2013), BLAME GAME (2014), NO REPLY (2015), MAN’S BEST FRIEND (2015), THE NEWS (2017) and TENSION (2019), plus single-image editions. Organized by the High.

Four exhibits that have already opened are still on view: Bestowing Beauty: Masterpieces From Persian Lands, through April 18; David Driskell: Icons of Nature and History, through May 9; Ragnar Kjartansson: The Visitors, also through May 9; and the ongoing Pioneers, Influencers and Rising Voices: Women in the Collection.