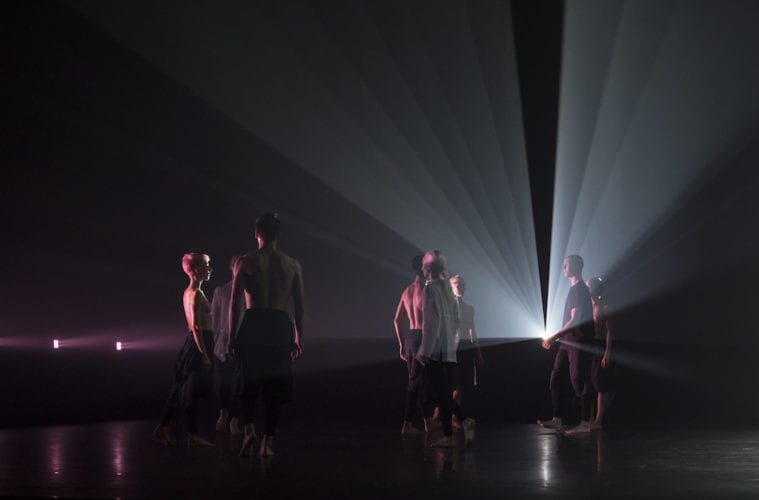 It’s a balancing act — to produce a contemporary dance festival in a city as restless and multifaceted as Atlanta. In the city’s ever-shifting dance landscape, how do curators align efforts to bolster local groups, present ensembles from similar-sized regional cities and show major international companies rarely seen in Atlanta? How do we answer the call for diversity and inclusion?

Now in its fourth iteration, it seems Off the EDGE biennial dance festival is closer than ever to striking that balance. In addition to presenting contemporary dance troupes from elsewhere, the 2019 festival will place a spotlight on Atlanta’s vibrant dance community.

In the past two iterations, the scales weighed heavily toward male-directed, New York-based companies, with local groups presented, almost as an afterthought, in nontraditional spaces. In 2016, they were relegated to the lobby of a little-known office building and offered minimal production elements compared with their out-of-town counterparts. This time around, about half of the programmed works are choreographed by local artists and presented in more formal performance venues. This reflects not only a growing prominence of independent dance companies in the city but also the advent of new dance venues. In addition, nearly all of the companies on this year’s Off the EDGE roster, though majority white, have women as directors or in leadership roles.

Contemporary ballet, a favorite of festival producers, will kick off the program at KSU’s Dance Theater on Thursday evening with Everything is Waiting, a world premiere by Tara Lee of Terminus. The program will also feature two offerings from Philadelphia-based BalletX: Increasing by BalletX’s cofounder Matthew Neenan and Schachmatt by Barcelona-based Cayetano Soto, resident choreographer with Canada’s Ballet British Columbia. Artistic and executive director Christine Cox, who founded BalletX in 2005, is one of a small but growing number of women to hold the titles at a ballet company.

Festival curator Ilter Ibrahimof explained why the two companies pair well on a concert bill. Like Terminus, the founders of BalletX left a large ballet company, Pennsylvania Ballet, in order to devote themselves to original creations. “Starting a group like that, and making it sustainable, is not an easy task, and they have a great success story,” said Ibrahimof. “Terminus is a fresh new company, and they are on a similar trajectory.”

Ibrahimof engaged John Welker, Terminus cofounder and director, to curate Friday evening’s lineup at Terminus’ home base, the Westside Cultural Arts Center. In a nod to the rich past, vibrant present and promising future of Atlanta dance, the evening will feature two performances by mostly local groups followed by an after-party with the artists. Welker said he “chose a cross-section that highlights the evolution of Atlanta’s dance scene.” He added that narrowing it down to just three companies was “a seemingly impossible task.” 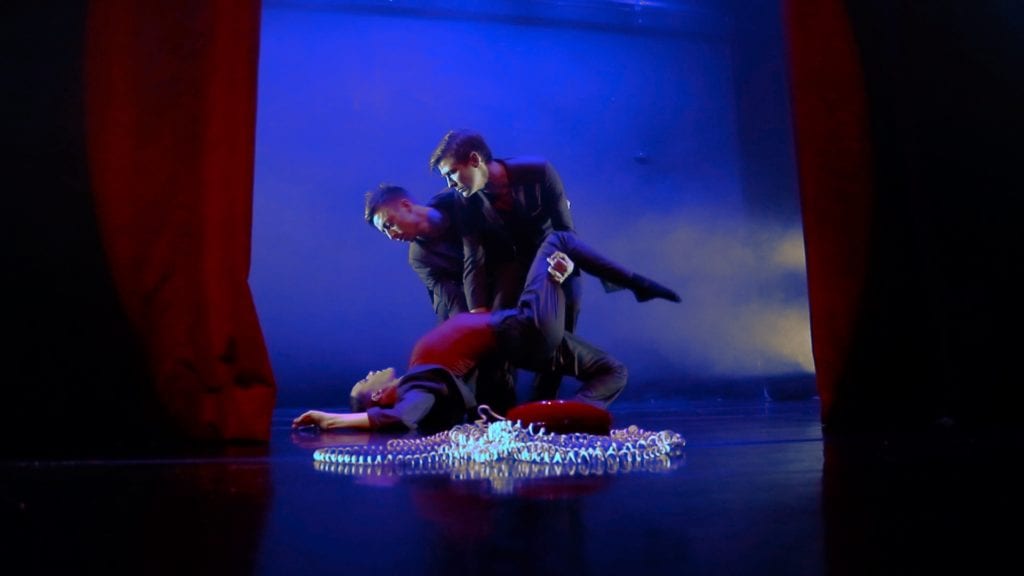 Fly on a Wall’s Byte (Photo by Felipe Barral)

Friday’s 7:00 p.m. Early Show kicks off with ImmerseATL, a relatively new organization that fills an open niche in the contemporary dance community. Sarah Hillmer, ImmerseATL’s founder and director, continues to challenge aspiring professional dancers with a program of regular classes, rehearsals and performances designed to prepare them for professional dance careers. The company will perform an expanded version of Hillmer’s sharp new work, frame shift, excerpts of which appeared in the Windmill Arts Center’s Rosetta Series last month.

To close the Early Show, artists of Fly on a Wall will perform their acclaimed trio, Byte. Originally created in 2015 — by and for the group’s three directors, Nicole Johnson, Sean Nguyen-Hilton and Nathan Griswold — the current version will be performed by Griswold, Jimmy Joyner and Erin Anastasia. The work — fast-paced and densely packed with slick partnering, set changes and comedic and theatrical interludes — is worth another viewing. Repeat audiences will catch the nuances and discover something new.

During Friday night’s Late Show, which begins at 9:00 p.m., Blake Beckham will debut No end or return, an ironically (or aptly?) titled solo given the highly anticipated nature of Beckham’s return to choreography following last year’s closing of the Work Room. She says her work, which features a live original score by local composer and musician Joanie Ferguson, “explores rhythm and repetition as methods to generate momentum in the face of impasse.”

Beckham cofounded the experimental performance organization The Lucky Penny and remains a fixture of the Atlanta arts scene, a longtime champion of collaboration and equitable art-making in the city.

Beckham will share Friday’s Late Show with New York-based Ephrat Asherie Dance. Asherie, who goes by “Bounce,” is a b-girl (female breakdancer), a classically trained dancer, a scholar of contemporary street and club dances and an award-winning choreographer. Her diverse company of performers includes dancers trained in breaking, house, West African and vogue dance, along with a roster of musicians including a pianist, bassists and percussionists. 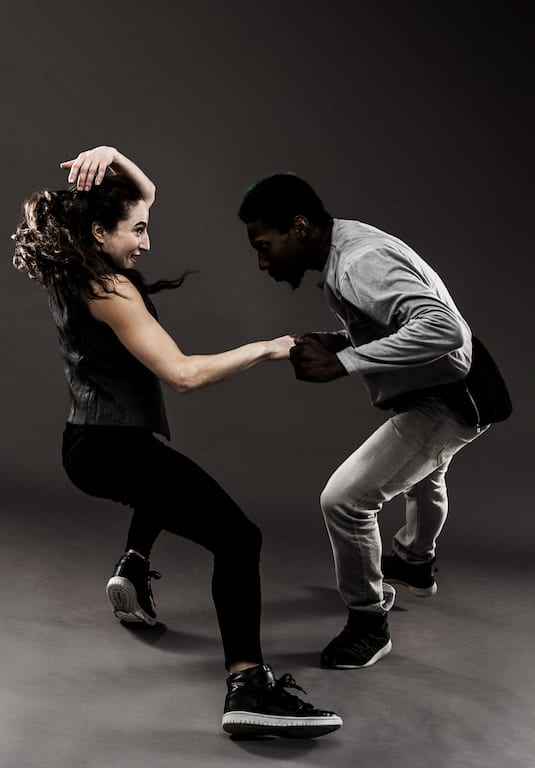 Off the EDGE audiences, after a night of partying with the artists at the Westside Cultural Arts Center, should plan to sleep in the next morning, get rest and gear up for a three-act, three-and-a-half hour program at the Rialto on Saturday evening, featuring must-see works by Miami-based Rosie Herrera Dance Theatre, London-based Company Wayne McGregor and Ephrat Asherie Dance, as well as a new work for KSU dance students by KSU Department of Dance faculty member McCree O’Kelly.

The most anticipated works on the Rialto’s main stage will likely be Herrera’s quartet, Carne Viva, and Asherie’s Odeon, a 45-minute work that debuted at Jacob’s Pillow in 2018. Herrera, a Cuban-American dancer, choreographer and classically trained soprano, is known for her eclectic cast of company members and highly theatrical works that illuminate the complicated nature of human relationships.

Company Wayne McGregor will return to Off the EDGE, this time with full casts performing a 40-minute compilation of excerpts from Autobiography and Atomos. McGregor has created cutting edge works for such top-tier ballet companies as the Paris Opera Ballet and New York City Ballet. In 2011, Atlanta Ballet performed his futuristic EDEN/EDEN. His company is in residence at Sadler’s Wells Theatre in London, where he also serves as The Royal Ballet’s resident choreographer. McGregor’s work — marked by a highly detailed, virtuosic and articulate contemporary ballet vocabulary — promises super-clean execution and expert craftsmanship.

Unfortunately, this year’s Off the EDGE will be Leslie Gordon’s last as producer; she recently stepped down as director of the Rialto Center for the Arts to become executive director of the William Breman Jewish Heritage Museum in Midtown. Given the change in leadership, the festival’s future is uncertain. If Off the EDGE continues, hopefully the next producer and curator will continue to shift the program toward inclusivity and invest in a balance of local and regional companies with our counterparts in cities like New York and London.