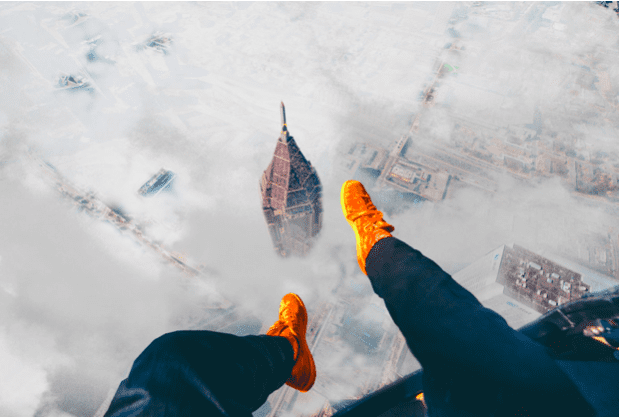 QuanATL, the king of the Atlanta selfie, shows us his favorite spots

One day looking through the #weloveatl hashtag on Instagram, my stomach fell to my feet as I struggled to process a photograph that @QuanATL had taken. His orange sneakers dangled off a helicopter in Downtown Atlanta, clouds beneath him swirling around the instantly recognizable Bank of America tower.

Was this photoshopped? After a peek at his stories on Instagram and some grainy video footage of him and some friends hanging out on the edge of an insanely tall building, I discovered the answer was no. This shot was 100 percent real and 100 percent amazing, and in my eyes, Quan instantly became the king of the Atlanta selfie.

I reached out to Quan to find out if he would be down to take a person who was a little more concerned about their mortality on a tamer tour of these streets. He picked his five favorite selfie spots, and I followed him around watching him make his magic.

Ultimately, Quan suggests studying composition when trying to up your photography game, no matter what your style is. Inspiration is everywhere, and the city we live in is constantly captivating, so get out your camera, start playing around and have some fun.

Please note that ARTS ATL does not encourage breaking any laws, or putting yourself in danger, even for the sake of art. 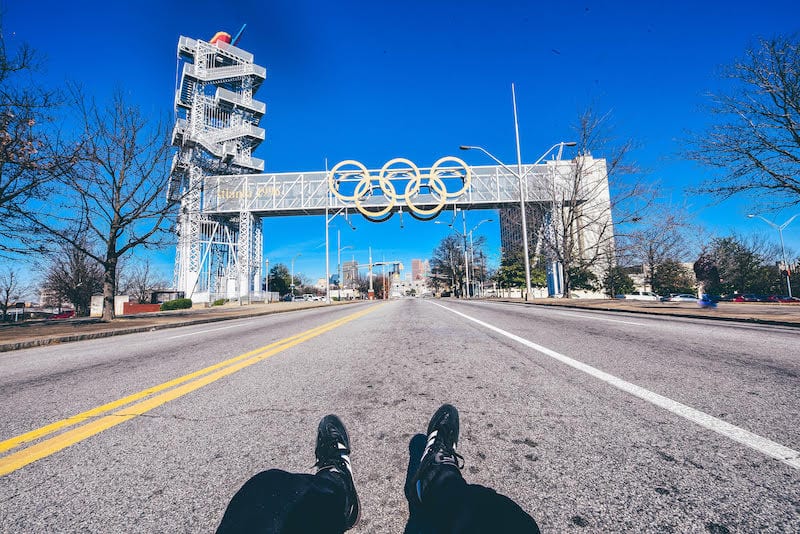 The Olympic rings are a quintessential Atlanta image. Quan hopes one day to get up the stairs to the top of the tower, but until then, this photo was taken dodging Atlanta traffic. Don’t try this at home, kids. 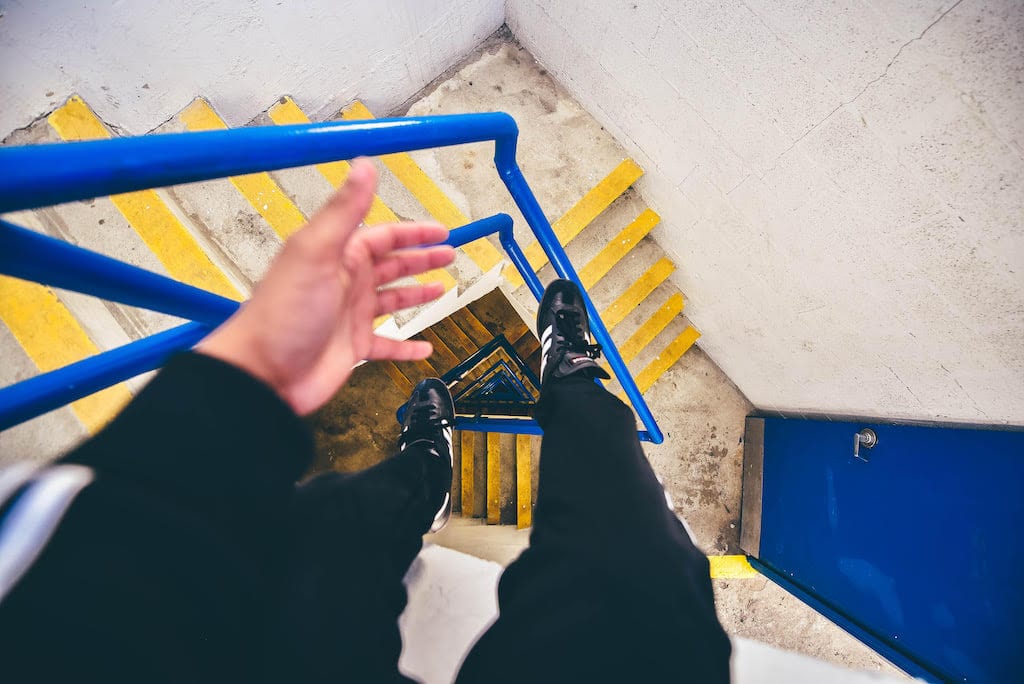 “The parking lot at the Mall at Peachtree Center has incredible views of downtown Atlanta,” Quan says. But we found that the staircases were just as exciting. Quan reminded me to always look for the shot before you start snapping with your camera. Looking up and down to find different angles can change your overall composition and will ensure that you’re not missing out on a potentially beautiful shot like this one. 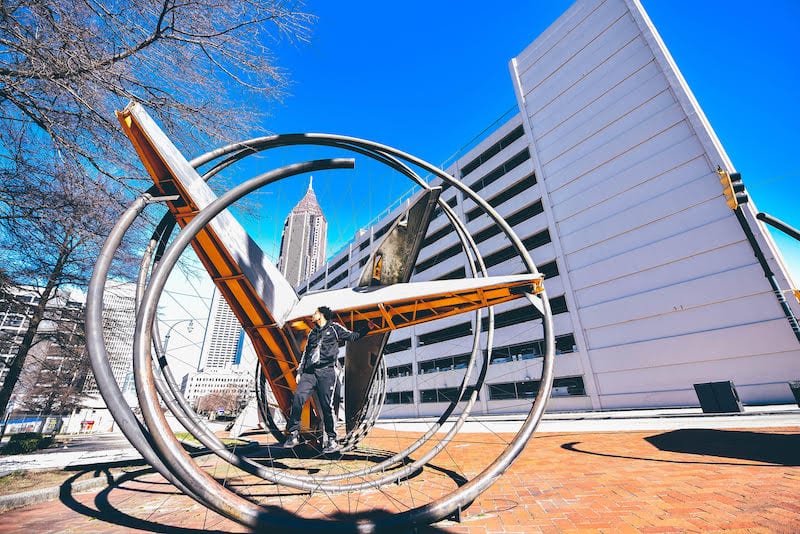 “I think it’s unique, and a lot of people miss it,” Quan says about the statue at the MARTA Civic Center Station. “I haven’t seen this shot too many times on social media before.”

The Bank of America Tower looms in the background, creating a killer, obviously Atlanta backdrop, and it’s walking distance from the MARTA station, so it’s easily accessible. 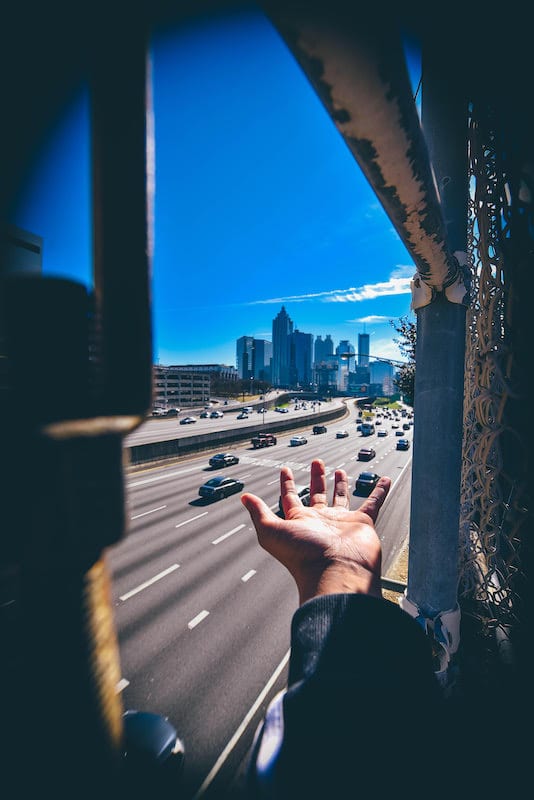 We all know about the Jackson Street Bridge, but the view from Paul V. Liles Jr. Bridge is just as cool . . . and the Varsity is right there, so you can get a rad profile pic for your socials and a FO (Frosted Orange drink) in one stop. 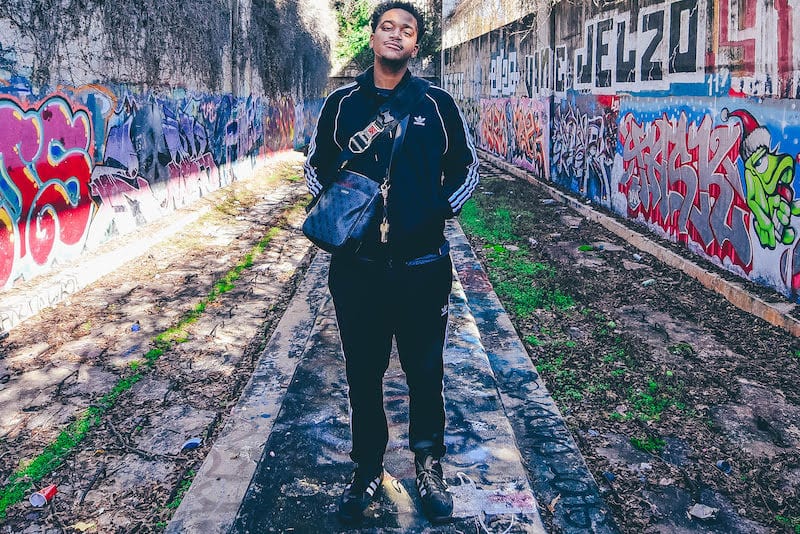 Stroll up the side of Dekalb Avenue by Rocky Ford and you’ll see a makeshift path created by hundreds of footprints. Follow that path up to a broken chain link fence, where you’ll be rewarded with a visual feast for the eyes. “This is a classic spot to me,” Quan says. “I’ve practiced a lot of my night and low-light photography there.” There are a plethora of graffiti tags to enjoy, and the MARTA trains go by right above your head. You may know that your feet are planted in Atlanta, but you’ll enter a New York state of mind.

(Note: This particular spot can get a little dicey, so don’t go alone.)