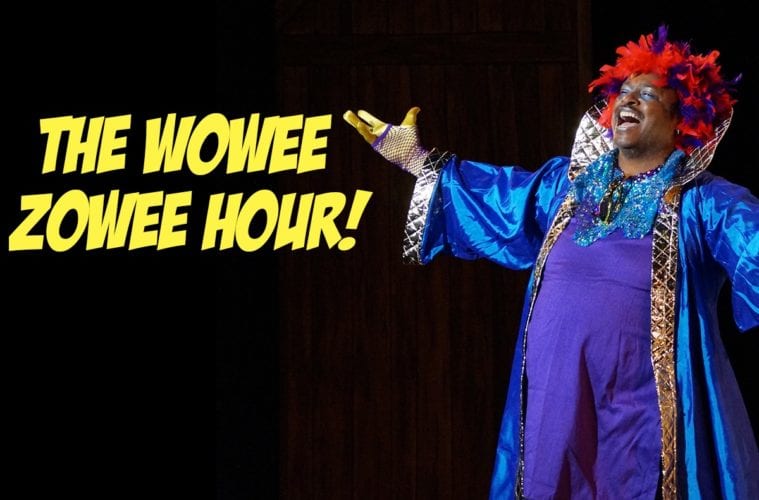 ARTS ATL writer Liz Dooley chatted with some comedy insiders and curated a list of the coolest places to laugh out loud around town this weekend.

There are several places to go for improv in Atlanta, and according to the people who work at these places, each has a slightly different vibe and take on the format. Dad’s Garage, a theater company and improv house, focuses more on narrative-based and long-form improvisation; the Village takes influence from Second City Theatre in Chicago, giving the shows a more sketch-like feel; Whole World Improv’s shows emphasize character-based comedy; Relapse Theatre has a community-centric, “artist first” ethos, making it home to stand-up, sketch comedy and other non-improv pursuits; and so on.

This is the first installment of our continued coverage of the city’s comedy scene, so be on the lookout for more stories.

Relapse Theatre, Open Mic Atlanta audiences see some of Atlanta’s best comedians hone their talent in this high-energy atmosphere. Relapse also provides an open bar at this event, making it a blast for patrons 21 and over.

Highwire, The Soapbox The show opens with a monologist telling true stories from his or her life, prompted by an audience suggestion — think “hanging out with an old friend.” The story having been told, an ensemble of Highwire veteran improvisers creates a scene based on the monologist’s anecdote.

Smith’s Olde Bar, 1AM Secret Show For years, Smith’s has been host to some of the biggest comedians in the country in this cult favorite of Atlanta stand-up comedy. Past guests have included Margaret Cho, Aparna Nancherla, Mark Maron and Baron Vaugn, among many, many others. Come out and see who might be there tonight — all for absolutely free.

Dad’s Garage, The Wowee Zowee Hour! Dad’s Garage’s only improv show geared specifically toward children. While the show is kept kid-friendly, there is more than enough craziness to entertain audience members of all ages.

Laughing Skull Lounge, You Look Like… A comedy roast battle where every joke begins with the titular phrase; watch the quickest wits from Atlanta go toe-to-toe for three rounds, for the right to be crowned this month’s champion! Hosted by Ben Popkin.

Whole World Improv, Open Improv Jam Whole World Improv hosts a free improv show for improvisers of all experience levels to connect and have fun with long-form, short-form and advanced improv games. A good time whether you’re interested in playing yourself or simply being a spectator.