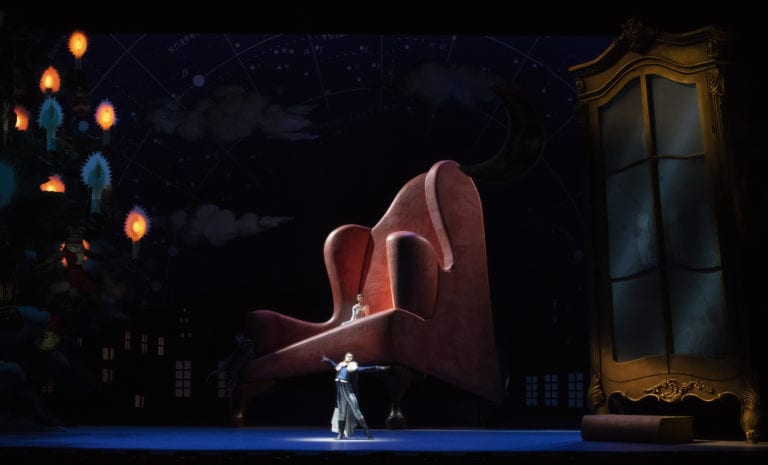 Atlanta Ballet will move its new production of "The Nutcracker" to Cobb Energy Performing Arts Centre in 2020. (Photo by Gene Schiavone)

Three years later, despite major turnover among company ranks, Nedvigin is following through on that pledge. This November, Atlanta Ballet will debut Yuri Possokhov’s The Nutcracker at the Kennedy Center Opera House in Washington, D.C. And in February 2020, seven company members will perform at the State Opera theater in Prague, Czech Republic, as part of an evening hosted by Czech National Ballet.

Atlanta Ballet’s last international appearance took place in 2015 as part of the Fall for Dance North festival in Toronto, where the troupe’s performance of Ohad Naharin’s Minus 16 reportedly brought the house down.

The Kennedy Center Opera House Orchestra will accompany Nutcracker performances in Washington, D.C., which are scheduled to run from November 27 to December 1, 2019.

Touring Possokhov’s The Nutcracker has long been part of Atlanta Ballet’s game plan, and the invitation to debut the production at the Kennedy Center is undoubtedly an honor. Nedvigin also sees it as “an outstanding achievement and a testament to the company’s growth.”

Nedvigin first met Filip Barankiewicz, artistic director of Czech National Ballet, in Barcelona at a Grand Audition, an event designed to give artistic directors a chance to see numerous dancers as potential hires. At the time, both men were newly appointed artistic directors, looking for opportunities for cultural exchange. The two companies formed a partnership, and as a result, Czech National Ballet performers Miho Ogimoto and Michal Stípa gave spellbinding performances of Mauro Bigonzetti’s Vertigo last fall at the Cobb Energy Performing Arts Centre. To reciprocate, seven Atlanta Ballet dancers will travel to Prague to perform a section of Craig Davidson’s Remembrance/Hereafter, which Atlanta Ballet first presented in 2018.

Nedvigin believes it’s important for a ballet company to appear on stages among their international peers, so dancers can “experience other companies and gain the freedom to express themselves in a new space.”

Nedvigin was pleased to host Barankiewicz and the two Czech National Ballet artists. “We enjoyed giving Atlanta audiences the chance to experience the energy and artistry of the Czech dancers without having to hop on a plane,” Nedvigin said. “We are excited to share our repertoire abroad next season and represent Atlanta as a growing cultural epicenter that offers world-class art.”