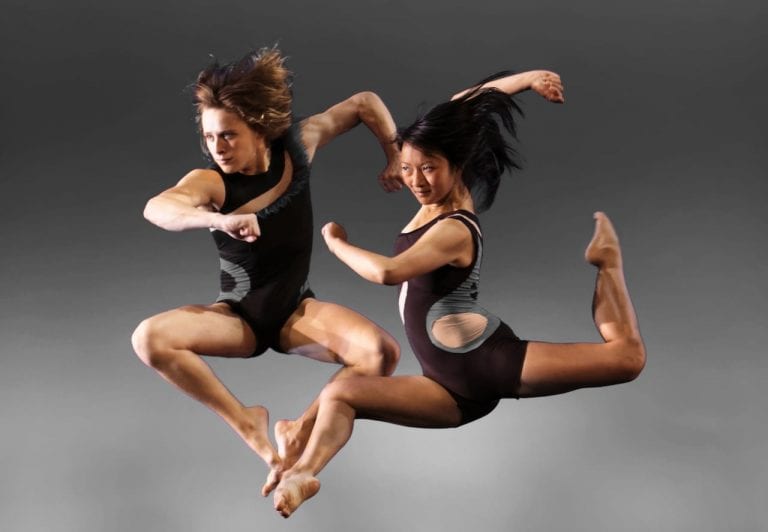 Kennesaw State's dance program has grown by leaps and bounds since it was founded in 2005.

Preview: Under the leadership of Ivan Pulinkala, Kennesaw State celebrates 10 years of dance

Dr. Ivan Pulinkala, chair of the Department of Dance at Kennesaw State University (KSU), is celebrating the 10th anniversary of the program he founded, thanks to a job he didn’t really want.

To mark the occasion, the KSU Dance Company will present the concert, “TEN,” November 11-14 at 8 p.m. in the Stillwell Theatre on campus, with choreography by faculty, including Pulinkala and retired Atlanta Ballet company dancer Christine Welker. They’ll also perform a work by Israeli choreographer Ido Tadmor, courtesy of a partnership with the Consulate of Israel. [Full disclosure: Pulinkala recently joined the board of directors of ArtsATL.]

Pulinkala and his faculty have created a thriving program that’s turning out highly accomplished dancers known for their strong technique. One hundred students have graduated (with an 80 percent graduation rate) — including one student who came all the way from Iceland to study — and this year the program attracted more than 100 applicants, of which only 25 were accepted.

Fifteen years ago, Pulinkala, who moved to the United States from his native India in his twenties, was studying at the Paul Taylor School in New York. He wanted to stay in this country, but his student visa was about to expire and he needed a work permit. A professor at Mills College in California, where he earned his M.F.A. in dance, told Pulinkala that Murray State University in Kentucky was looking for a professor of dance with an emphasis on musical theater.

Pulinkala studied musical theater in India — he once played Baby John in West Side Story — but he couldn’t imagine being a professor. “It was the furthest thing from my mind,” he recalls. “But I needed a job in order to get a work permit.”

He got the job and, much to his surprise, discovered he loved the academic world. “Those four years at Murray were very formative to my development as an educator,” he says.

Pulinkala then interviewed for a professorship at five colleges. “KSU was my lowest preference because the others had nationally ranked dance programs,” he says. Kennesaw didn’t have a dance program at all.

After researching his options, however, he saw an opportunity at Kennesaw to build a new dance program. He joined the faculty in 2005 and developed a dance minor within the theater program. “We had nothing,” he recalls. “No studios. Nothing. But the university assured me they would build a studio during my first semester.”

They did and by the end of his second year, KSU had 140 dance minors and it was clear the dance department needed to be independent. In 2009, the dance major program was launched. To solidify his education, Pulinkala went on to earn a doctorate in higher education administration at the University of Alabama.

“From the beginning, I firmly believed that I could build a program of regional if not national repute,” Pulinkala says. That confidence and drive has paid off. The program now has three state-of-the-art studios at its Chastain Pointe facility close to campus. Plans are underway for three more studios and a 450-seat theater modeled after New York’s dance-friendly Joyce Theater.

Unlike many university dance programs, KSU’s training is split evenly between ballet and modern dance, and it trains students for both academic and professional careers. Classes are offered in jazz, tap, African dance, Indian dance and musical theater. There are also a lot of “heavy book classes,” where, Pulinkala says, “they help students develop skills as writers and scholars.”

The department boasts five full-time and nine part-time faculty and all students are required to intern with a professional organization, such as Atlanta Ballet or Dance Canvas.

Regular performance is a vital component of any dance training, and the KSU Dance Company serves that purpose. It is one of the few ensembles in the U.S. to be selected for four successive years to perform in the National College Dance Festival at the Kennedy Center in Washington, D.C.

Pulinkala understands the importance of connecting with the community, especially since many Atlantans view Kennesaw as a distant outpost, not a source of big city dance excellence. He created partnerships with the Rialto Center for the Arts, Atlanta Ballet, the Cobb Energy Performing Arts Centre, the annual Dance Canvas festival and many other arts organizations.

As part of the Rialto partnership, major dance companies like the Mark Morris Dance Group and Israel’s Vertigo Dance Company do residencies at KSU when they are in town. Pulinkala values dance criticism and earlier this year collaborated with ArtsATL to bring famed New York dance critic Elizabeth Zimmer to town for a series of workshops and panels.

Once a year, KSU produces Synergy, a dance and music event for school kids at the Cobb Energy Centre. Last year, 2,500 students attended. A collaboration with the Israeli Consulate exposes students to choreographers from that country’s rich contemporary dance world. In May 2016, Pulinkala will lead an Education Abroad program to Israel that includes an intensive with the Batsheva Dance Company in Tel Aviv. “Forty-three students have already signed up,” he says. “I can’t take all of them!”

A defining aspect of KSU’s dance program is the cost. Two other Atlanta schools — Emory University and Spelman College — both have dance programs, but they are private, with private school tuition. Emory’s undergraduate tuition is more than $45,000 a year. Kennesaw’s is around $7,000 for in-state students, with opportunities for HOPE scholarships.

Pulinkala believes this is one reason why applications are on the rise. “We are one of the fastest growing dance programs in the country,” he says.

The program is having a significant impact on the local dance scene. Six emerging student choreographers have presented their work at the annual Dance Canvas showcase, which assists them with production. “Ivan is a real visionary, finding ways to get connected with the professional dance scene in Atlanta,” says Angela Harris, Dance Canvas executive artistic director.

KSU choreographers and dancers are an integral part of the Modern Atlanta Dance Festival (MAD). “Their presence has increased each year; it’s a testament to the quality of the KSU program,” says Douglas Scott, MAD’s founder and director. KSU students perform in some Atlanta Ballet productions and when they do, often work with fellow students: Atlanta Ballet company dancer John Welker and Atlanta Ballet teacher Armando Luna are both in Kennesaw degree programs designed for dancers who are preparing for post-performance careers.

Next on Pulinkala’s to-do list is an M.F.A. program. That will require more faculty, more studio space and a bigger budget, all of which will take time. But at the age of 41, he’s not about to slow down.

In addition to his administrative duties, he still choreographs and teaches and is staying true to ideas first developed in his doctorate dissertation: Partnering for Change in Dance Education.

And when an aspiring dancer from Iceland finds you on the web, you know your reputation has reached far beyond Georgia. “She was an excellent student,” Pulinkala says. “She graduated last year.”