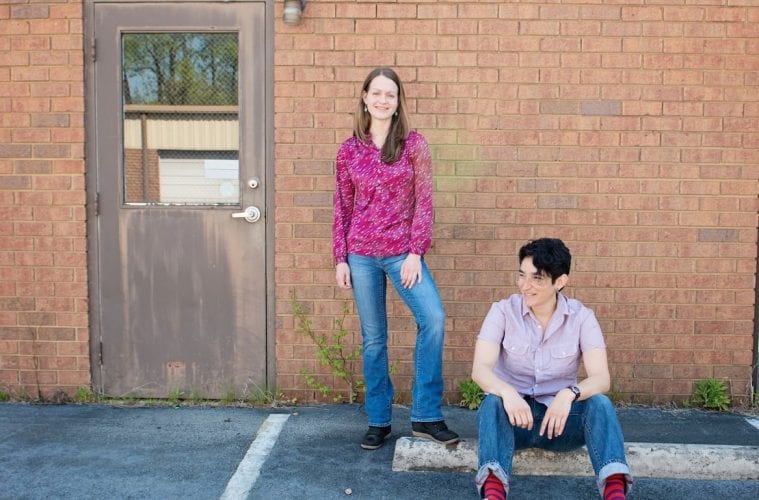 News: The Lucky Penny spins a wagon wheel and comes up with a studio home in East Point 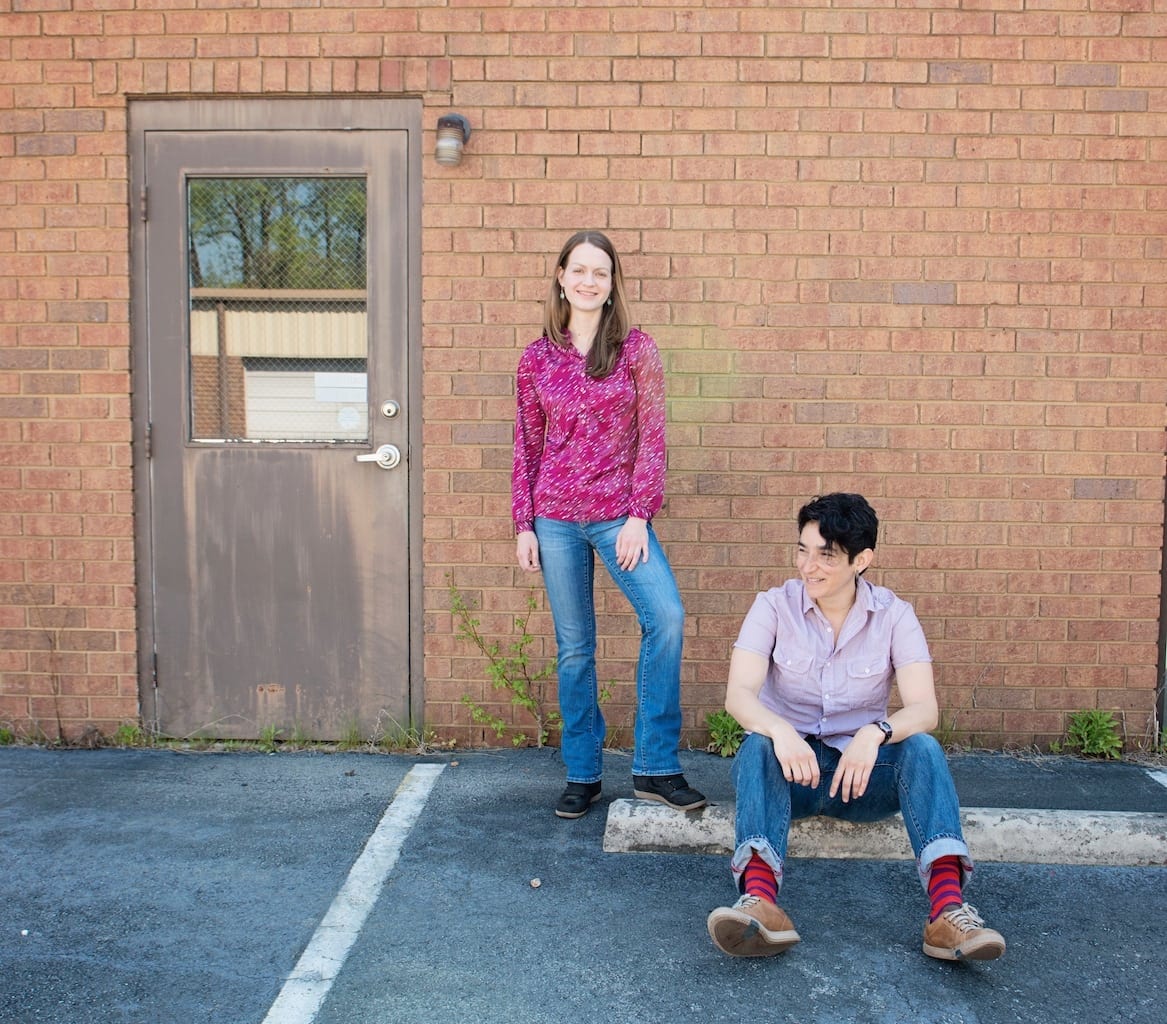 Blake Beckham (left) and Malina Rodriguez started the Lucky Penny and their search for work space in 2011. (Photo by Bobbi Jo Brooks)

It will be the new studio home for Blake Beckham, executive director and co-artistic director of the Lucky Penny, and a cadre of dance artists dedicated to furthering their crafts through a rigorous and consistent creative practice. Dubbed the Work Room, the 1,700-square-foot facility will meet a longstanding need among local dance artists for safe, affordable studio space that’s available on a regular basis. Doors are scheduled to open July 1.

Whether for performance or practice, space in Atlanta has been a pressing issue among dance artists. In recent years, a number of organizations have responded to the need for performance venues. Dance Truck, created in 2009 by Danny Davis, Vii Kelly and Malina Rodriguez (now the Lucky Penny’s co-artistic director), offered one solution; the backyard venue Skwhirlhaus has hosted some idyllic events.

Art on the BeltLine, Elevate Atlanta, the High Museum, MOCA-GA and Atlanta Contemporary Art Center have produced a number of dance performances. Eyedrum has started a live art series in its downtown storefront; WonderRoot’s new facility will feature a studio and theater venue and is slated to open next fall. 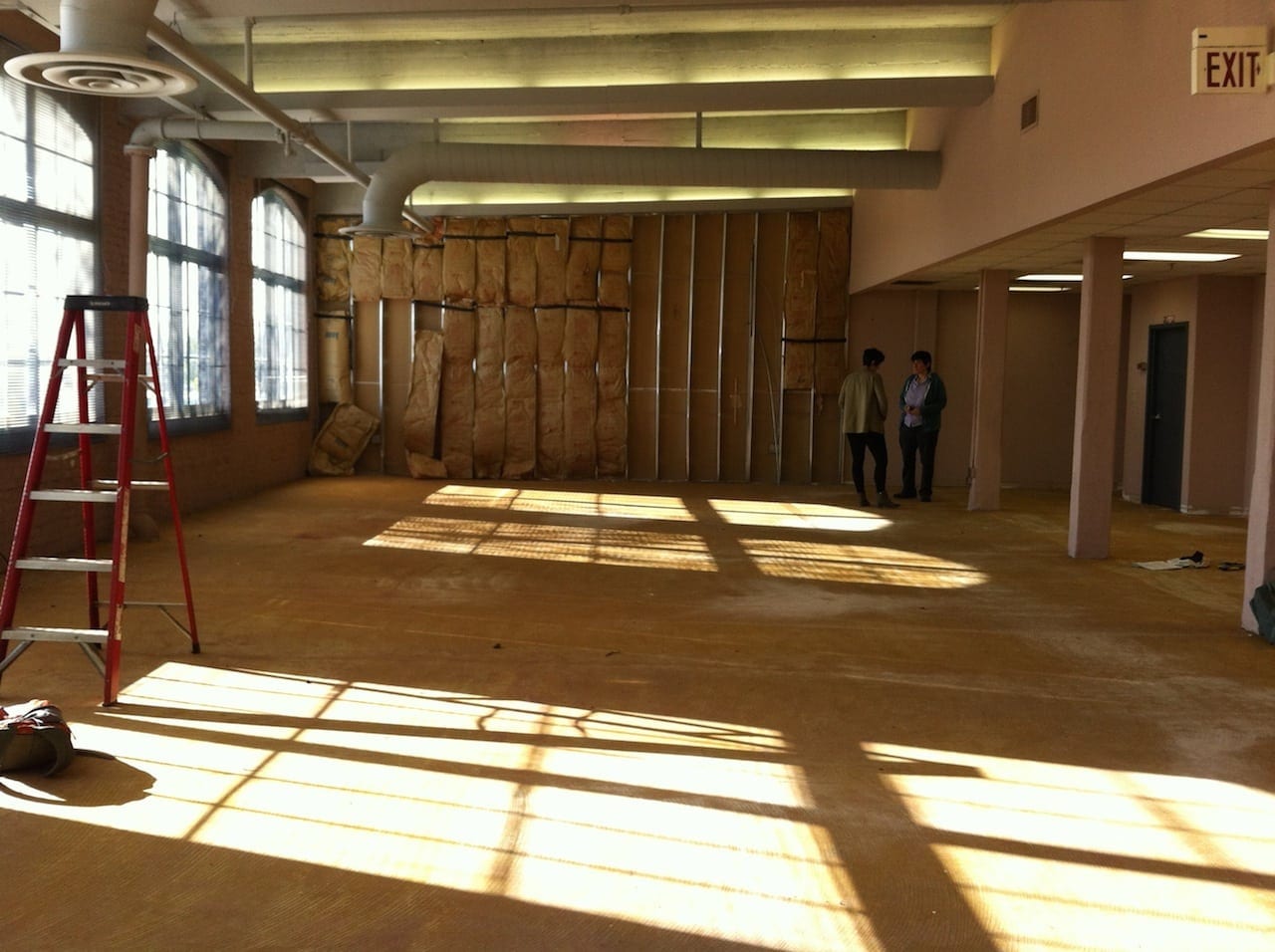 Before opening July 1, the Lucky Penny will outfit their new Work Room space with a sprung dance floor.

But most of these initiatives don’t address the need for affordable rehearsal space. Because dance studios often rent at an average rate of $30 an hour, choreographers tend to work “quickly and infrequently, rather than extensively and sustainably,” Beckham said.

The Work Room was born of Beckham’s numerous struggles to find rehearsal space, two recent inspirations from outside of Atlanta, and a personal ultimatum.

Beckham has been presenting work in Atlanta since she graduated from Emory University in 2001 (less three years work on an MFA at Ohio State University). Each time she has started a new piece of choreography, finding space has been the largest obstacle. All too often, as soon as she found a studio, a proprietor would say, “Maybe you could come and rehearse this week. But then, not for the next two weeks. Then you could come back, but you’d have to be later in the day.”

“I don’t know how any dance artist is supposed to build their work and gain momentum and have professionalism and cultivate a company of dancers if you can never work consistently,” Beckham said.

Independent choreographers face a mountain of tasks, from making great artwork to finding a team of collaborators to financing a show to filling a theater. “It shouldn’t be this challenging just to have a room to walk into,” Beckham said.

Gaining a different perspective fed her frustration. Last fall, Beckham spent a monthlong residency in Portland, Oregon, where she received resources to cultivate a daily studio practice. “It allowed me to enter some new rhythms in working that felt like [they] opened up some new creative channels,” she said. After she returned from Portland, Beckham decided she’d give herself a year to solve the space problem. “I said, ‘If I can’t solve it, I’m either going to leave Atlanta or I’m going to leave the field of dance.’”

The following month, Beckham attended the Robert Rauschenberg Foundation SEED Summit, where artists from across disciplines gathered to meet for the first time and build a network. “As I was articulating our needs, goals and vision, it just kept hitting me,” she said. “It’s space.” 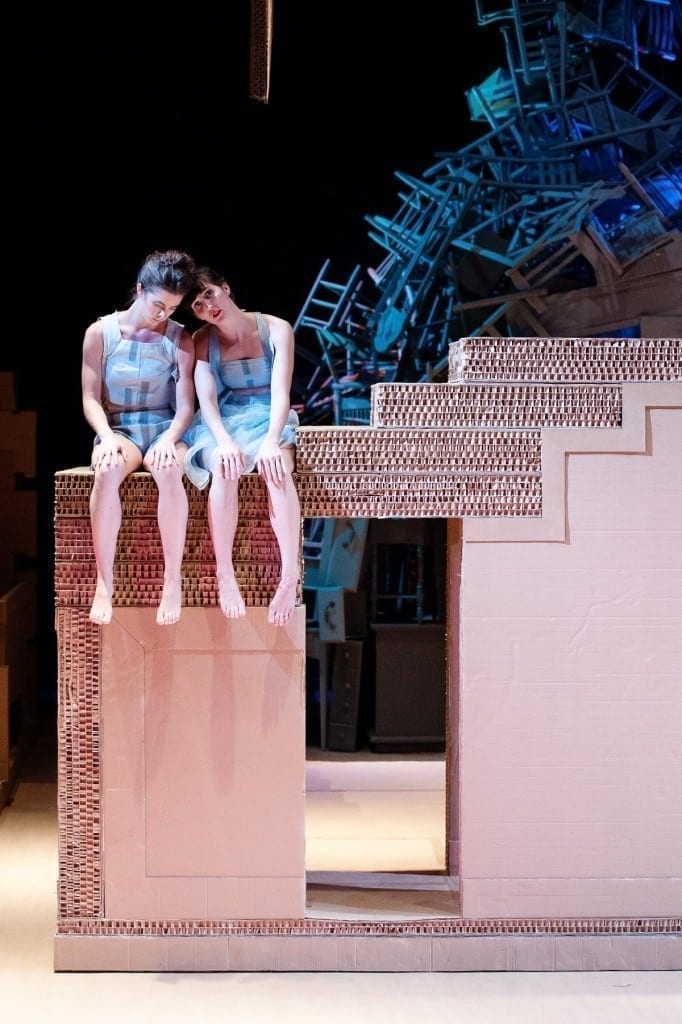 A studio would not only benefit Beckham and her work with Rodriguez; it would be a resource that could lift up the whole community.

In her search for space, Beckham established a few “un-negotiables” — heating, cooling, rest rooms, running water, a high ceiling, natural light and a level floor free of structural columns. In their passion to create, many Atlanta dance artists have often foregone these essentials.

Preston Snyder, president and principal of the Braden-Fellman Group, a real estate company focused on reviving older properties, was looking for an artistic partner to bring renewed energy to Wagon Works. “He’s sympathetic to artists and he knows the challenges we face, and he also knows that arts organizations bring vitality to a place,” said Beckham.

Beckham and Rodriguez have set about place making. Aiming to raise $15,000 to build a sprung dance floor, they hope to mobilize community members in the same way they rallied support in the making of Beckham’s recent works — PLOT,  THRESHOLD and Dearly Departures.

Beckham aims to operate the space using an artist-driven, sustainable financial model to cover maintenance costs and Wagon Works’ discounted three-year lease. For the artists, it’s an investment in both the space and their professional development. Each will have year-round access to the Work Room 6 to 12 hours per week. Artists will pay a flat fee, far below the market rate for studio space rental.

Beckham sought artists — all uniquely contemporary — who are ready to invest in themselves and deepen their artistry through extensive time in the studio. “I wanted to surround myself with people who would appreciate the value of this resource and would show up and work hard,” she said. Whether they engage in dance making, research or training, Beckham hopes to offer them “an expanded community network that fosters collaboration, discourse and solidarity.” 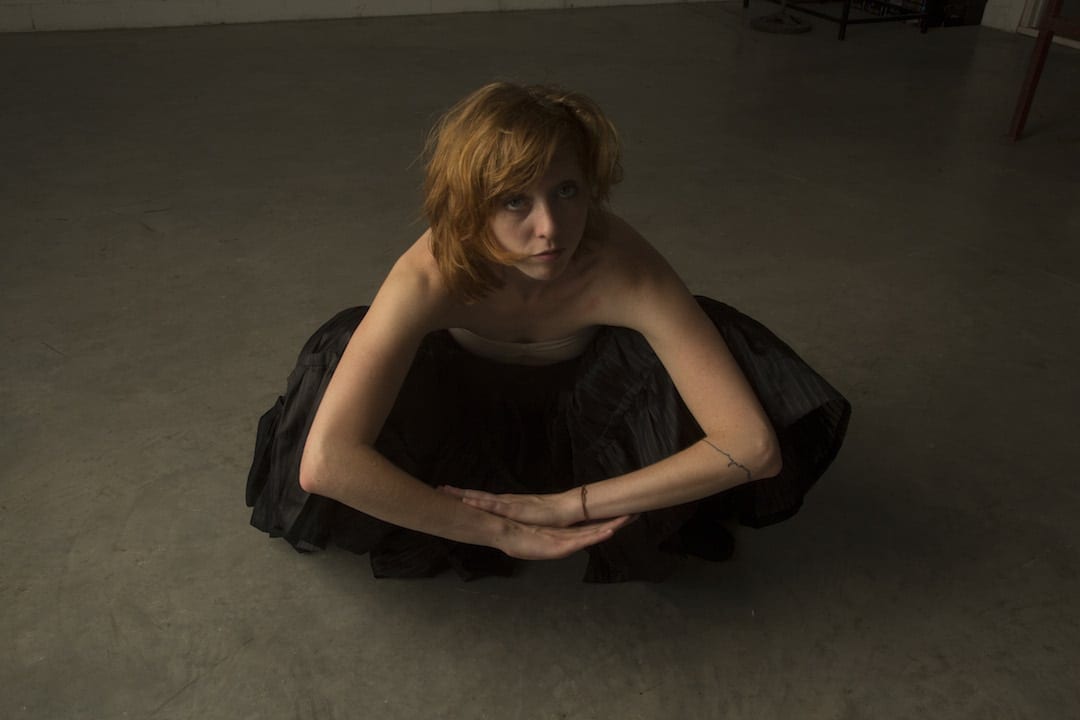 Choreographer Melissa Word is a Birmingham artist relocating to Atlanta for a Work Room residency. (Photo by Jonathan Purvis)

Among the artists is Erik Thurmond, a member of CORE dance company and recent Tanz Farm choreographer; Anicka Austin, a Kennesaw State University graduate who dances with the performance group glo; Corian Ellisor, a former WonderRoot Walthall Fellow who has produced several local dance performances of his own work; and current Walthall Fellow MaryGrace Phillips, whose recent rise on the scene includes commissions from Elevate Atlanta, the Goat Farm Arts Center and a City of Atlanta Office of Cultural Affairs Emerging Artist Award.

There’s been a common thread in Beckham’s recent works. In different ways, PLOT, THRESHOLD, and Dearly Departures grappled with themes of transience and impermanence. Asked if her work will change now that she’s found a home, Beckham isn’t sure. But she is certain that the Work Room will foster important and radical creative discoveries among its artists.

“The space is there for them to use in whatever way they need to sustain a creative practice,” Beckham said. “I’m looking forward to being surprised.”