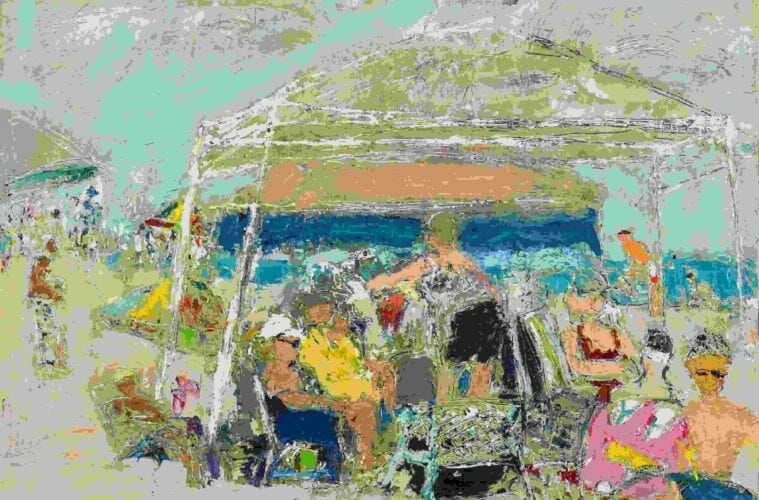 "A Day at the Beach," a painting by Ana Guzman, at Thomas Deans Fine Art virtually and in person for limited Saturday hours.

Jerry Cullum’s Notebook is a monthly survey that highlights some of the more notable art + design happenings in metro Atlanta. Cullum, the recent winner of a Rabkin Prize for arts journalism, has written about Atlanta art world, and beyond, for decades.

When Atlanta galleries and museums shut down almost simultaneously the weekend of March 13, few had contingency plans. What has emerged is an ad hoc combination of virtual tours, live Instagram interviews with artists and some arrangements for individual appointments. It’s almost impossible to do a comprehensive survey, but here we offer a partial summary of a complicated art scene. 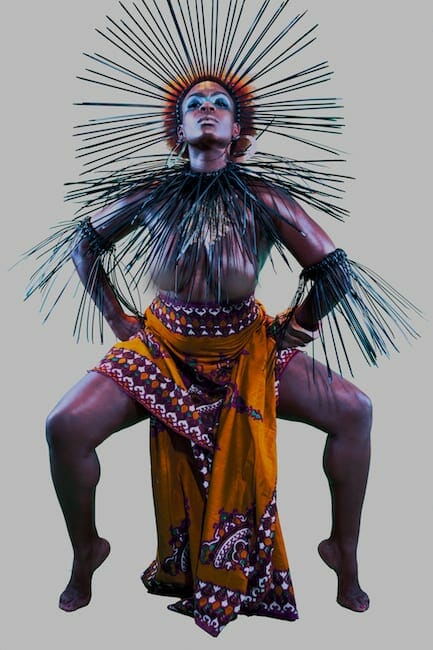 Museums remain closed with no announced reopening dates, although Hammonds House will feature an imaginatively constructed virtual opening of Nu Africans, a body of work by Maurice Evans and Grace Kisa, on May 15.

Atlanta Contemporary Art Center has extended four exhibitions through July, hoping to open before then. A fifth, Black Is Beautiful by Paul Stephen Benjamin, will continue through August 9. Traveling exhibitions such as the now-closed The Senses at Fernbank Museum of Natural History have been less flexible, and previously announced schedules at more than one institution likely will migrate as the Covid-19 pandemic evolves.

The Michael C. Carlos Museum at Emory University has extended Transcendent Deities of India (through October 18) and This Strange Presence: Unica Zürn Etchings (through September 20), even though neither has a reopening date yet. The High Museum of Art has introduced a “Stay Connected” page highlighting its curators and collections.

Commercial galleries have gone virtual, too. Jackson Fine Art featured a live Instagram conversation with Maine artist Cig Harvey, whose summertime show has been postponed until 2021. It also posted an excellent Viewing Room webpage (through May 14) of work the show would have included. The gallery plans to open by appointment beginning May 12.

Poem 88 remains online only, although appointments may become possible once Elizabeth K. Porcel and Alexandra Hemrick’s The Garden of Earthly Delights opens online May 16.

Whitespace follows its virtual “What are you doing during quarantine?” interviews (Facebook, Instagram, Twitter) with a virtual opening today (May 8) of a show by Carolyn Henne, Judy Rushin and Vesna Pavlovic. The three artists have created site-specific pieces: digital portraits done via Zoom (Pavlovic), and Rushin and Henne’s collaborative videos under the name Commabox. The works look at “community when there is no physical connection.” The artists’ original exhibitions have been bumped to 2021. 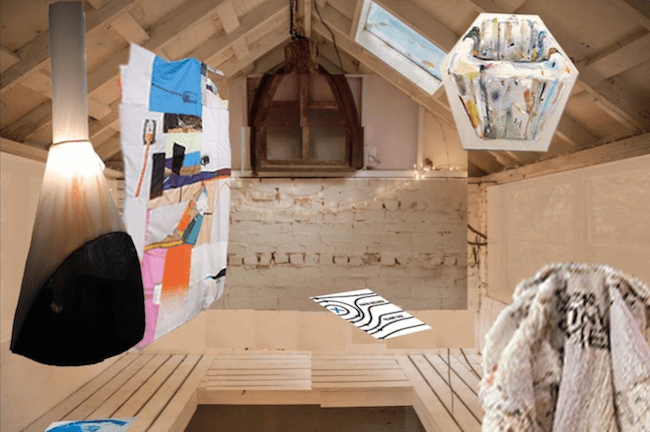 At Whitespace: A still from the video work of Carolyn Henne and Judy Rushin, aka Commabox.

Thomas Deans Fine Art bridges virtual and physical exhibitions with Four Figurative Painters (through May 30) and is now offering limited Saturday hours (11 a.m.–4 p.m.) with strict compliance to CDC guidelines. On one level, the online exhibition provides adequate images of work by Benjamin Frederick, Ana Guzman, Evan Jones and Christine Renfer Vogel. On another, it demonstrates why figurative painting will never be confused with illustration. The digital versions are just good enough to remind us how the sensuous impact of a painting depends on the up-close experience. 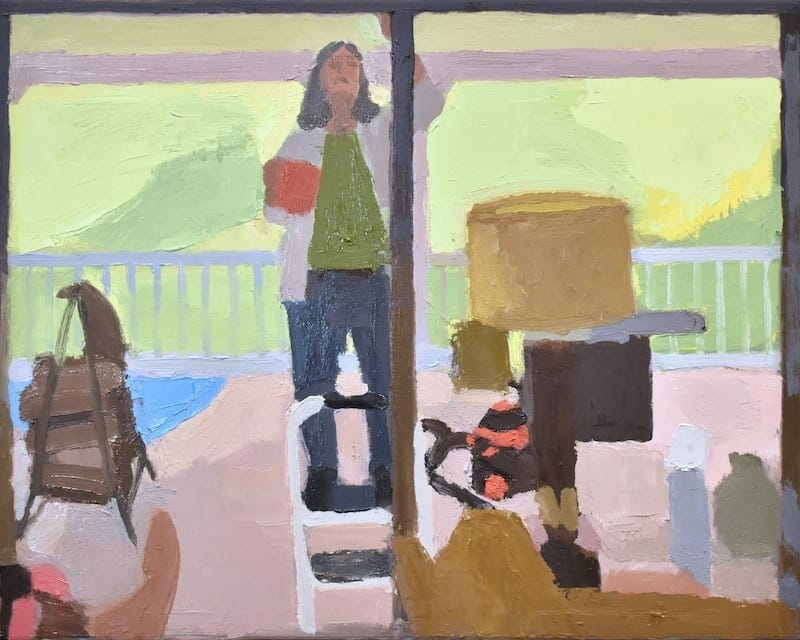 Most of the other galleries on Miami Circle — Alan Avery Art Co., Anne Irwin Fine Art, Bill Lowe Gallery, Maune Contemporary and the Signature Shop — have reopened. For hours, it’s best to call ahead. Maune also premiered a virtual version of its Donald Sultan exhibition during the quarantine.

Hathaway Contemporary Gallery is open by appointment. Neighboring Sandler Hudson Gallery continues “operating remotely,” as its website says, and has announced that this month it’s presenting Make May Matter, an online catalog of work by gallery artists. One-third of anything sold will be donated to YIMBY, a grassroots nonprofit that provides one-on-one assistance to homeless Atlantans.

Kai Lin Art remains closed until late May or “until the High Museum or Emory University decides it is safe,” as director Yu-Kai Lin put it in a piquantly worded email. He also revealed that the physical exhibition CreateHer, well-represented online, has been extended until a month “after the new normal begins” and that work from it has sold well through the gallery’s reimagined shop.

Sandler Hudson’s charitable response to the pandemic is an imaginative way to generate interest and excitement while everything in Atlanta’s art world is in flux. Kai Lin’s transformation of how to purchase a major painting is a very different way of addressing a gallery scene in which nothing is quite what it was eight weeks ago. Changes are on the horizon, and they likely aren’t the changes we once expected.