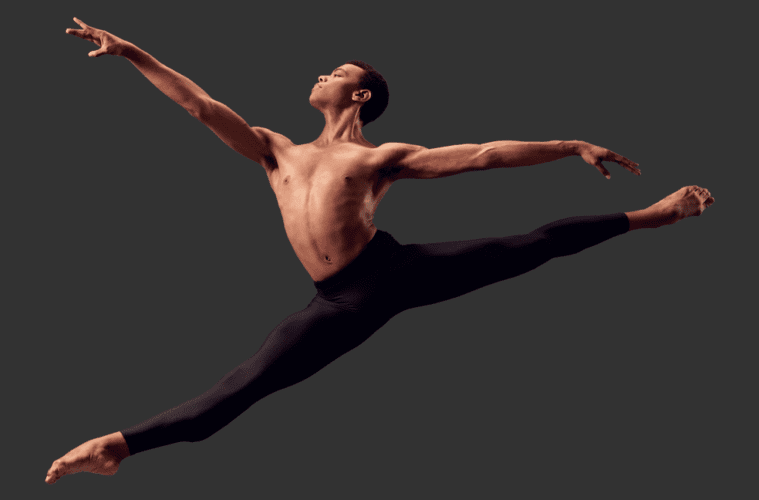 The challenges of the COVID-19 pandemic and the Black Lives Matter movement taught him to trust in his creativity and in himself, says Atlanta Ballet dancer Keith Reeves. (Courtesy of Atlanta Ballet)

Keith Reeves’ great-grandmother died in January 2020, but the Atlanta Ballet dancer didn’t have time to grieve. He was too busy dancing and rehearsing.

Two months later, when the COVID-19 pandemic shut everything down — and fear and uncertainty flooded the nation’s psyche — his grief came to the fore. “She was a big part of my life,” he says. “It was depressing. I didn’t know what to do.” He grieved the loss of his dancing life, too. “We wondered what would happen to us. Was there going to be a dance community in the future? There was a lot of paranoia around that.”

When George Floyd was killed by a police officer in May, Reeves felt the nation’s grief and anger and decided to join the protests. “I wanted to do my part as a Black man in Atlanta,” he says. “I wanted to say no, this isn’t going to happen to our children. I was ready to fight for what I believe in.”

Inspired by his great-grandmother’s commitment to helping others, he reached out to members of the dance community. “A lot of my friends were struggling, having to take other jobs and didn’t have time to create,” he says. “They don’t have sustaining jobs like we have at Atlanta Ballet. I felt bad getting my paycheck.”

He gave movement artists an opportunity to participate in Bodies in Motion, a program he produced and filmed with the help of cinematographer Michael Boatright. “I wanted to have fun and make it an experimental process for everyone.”

In the ensuing months he explored other ways of moving, thanks to online Gaga classes and the influence of boyfriend Walter Apps, a member of Core Dance. “I started getting into his style of movement,” Reeves says. “It’s so accessible, and you can make a political statement and intertwine movement with it. It’s so unlike ballet.”

In the fall, when Atlanta Ballet invited its dancers to choreograph their own works, he jumped at the chance. The result was Bodies in Motion (same title, different work) that premiered on the company’s Silver Linings livestream in February. It opens with a narration about his great-grandmother and his family’s joys and struggles. He’s also the solo dancer in Force of Habit, a five-minute film created by Atlanta Ballet choreographer-in-residence Claudia Schreier for the Guggenheim Works & Process WPA Virtual Commissions Series (see below).

As if he wasn’t busy enough, Reeves was commissioned to do a large-scale portrait of actor Chadwick Boseman, who died of cancer in August 2020. Yes, he paints, too. He delved into photography and shot an ad for the dance shoe company Capezio. And he’s getting noticed. He’s one of 14 Black Atlantans featured in the March 2021 issue of InStyle magazine.

It seems the enforced break from his ballet career, along with his grief, have focused him in a new way, allowing him to find his voice. His great-grandmother’s beautiful mirror and table lamps are now part of his home and remind him that there’s no time to lose. “This is such a short life,” Reeves says. “I pursued a lot of different things this last year and learned a lot. It’s taught me I can do anything.”

It will also make him a different kind of dancer when Atlanta Ballet is back onstage. “I know more about myself,” he says, “and that feels good.”