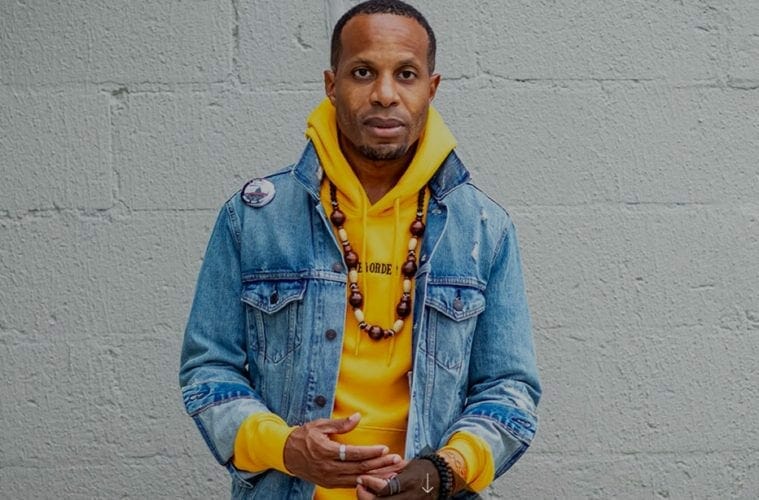 This was an emotional year for Eugene H. Russell IV. His father contracted COVID and Rayshard Brooks was killed five minutes from Russell's home. Music became his outlet. (Photo by Naima Carter Russell)

One Year Later: Eugene H. Russell IV eagerly looks to a return to the stage

“Make ‘em laugh” sings funny man Cosmo in Singin’ in the Rain, and that’s what Eugene H. Russell IV was doing last March in the Springer Opera House production of the iconic musical. He was having a ball as Cosmo and the audience was showing him lots of love, but laughing was soon off the table.

“We had gone through opening weekend, and we were ready for the second week, when you really get on your feet,” says the award-winning actor, but news of the COVID-19 shutdown began to darken the mood. He packed his stuff and drove home, feeling that would be the end of the run. He was right. “It was such an emotional letdown,” he says. “I had worked so hard because the choreography was challenging. We were robbed of the whole arc and process of the run.”

Once home, he encountered the harsh realities of the pandemic on a personal level. His father contracted the virus in June 2020. He was hospitalized briefly and recovered, but it frightened Russell. “I lost my mom in 2009,” he says. “Having lost one parent I have nightmares about losing my dad. The hospital wouldn’t let me see him. That was hard, so hard. I felt so helpless.”

His wife and family were having difficulty, too. His 6-year-old daughter, Eliana, was struggling with online learning. “She hated it,” he says. “She had gotten into her groove with friends at school, we had our family rhythm. The shutdown really sucked for her.” He and his wife, actor Naima Carter Russell — who worked at the Mustard Seeds Parents Morning Out program — decided to shift to homeschooling. “It’s all a bit frantic, but I think Eliana and her sister are happier, which means the most to us.”

Then there was the horror of Black men and women being killed at the hands of police. The same month that Russell’s father got sick, Rayshard Brooks was fatally shot by a police officer outside the Wendy’s restaurant on University Avenue. “It happened five minutes from where I live,” Russell says. “I would literally sit up at night wondering if I was going to be the next hashtag. What if my babies and my wife had to live without me? What would happen if I should meet my death at the hands of a cop?” One night he walked to the restaurant to participate in the protests. “It wasn’t safe, but I was in such a mental state I had to do something with my energy. I felt I had to be there. We are living under a very tangible threat.” 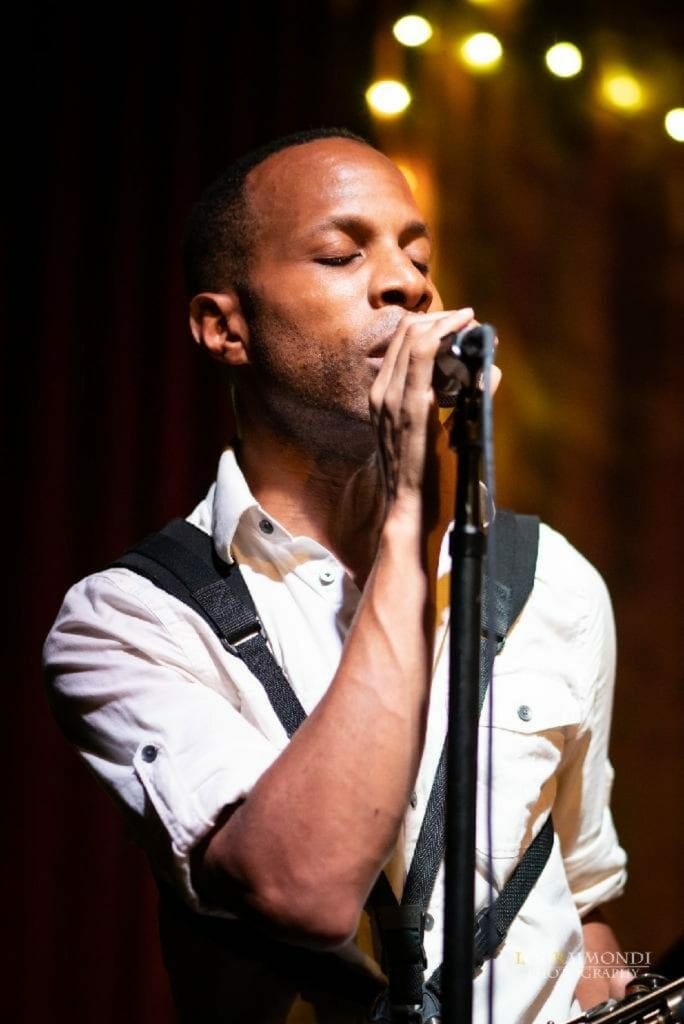 Russell talked to ArtsATL via Zoom, from his basement “man cave,” keyboards to his right and a music-themed throw on the sofa nearby. This is where he creates music. In addition to his acting, Russell is a vocalist, composer and saxophonist. When the shutdown began, he was writing songs for the in-person Alliance Theatre show Sit In. The Alliance quickly shifted gears and created an animated short instead. Russell’s role shifted too — he composed the score for the short. “It was a cool show,” he says. “I am really proud of it.”

As 2020 wore on, he took whatever work he could find, including working with a contractor buddy on home renovations. Gradually, he found more opportunities to make music. He was one of three composers for 7 Stages’ virtual show T.I.T., and wrote and recorded his own single, Brand New Day.

“I love everything about theater, but my finances are centered heavily around that,” he says. “I realized I had to get some of my own stuff going.” He released the song in August, on the anniversary of his mother’s passing. It paints a picture of the new day that he hopes for and imagines for Black Americans everywhere.

In 2018 he wrote, produced and performed the music for the cast recording of the Alliance Theatre’s Beautiful Blackbird, and this month, as the theater world begins to open, he’s taking part in a live concert version as part of the company’s Under the Tent series. “I am so excited,” Russell says. “We are officially the first company to go back into the rehearsal space at the Alliance.” The covered outdoor stage will have partitions between the performers, who will be masked. Even his saxophone “will have a sock on it.”

The Springer Opera House produced Singin’ in the Rain again this year — outdoors. It’s a non-union show, which means union members like Russell can’t be hired due to union pandemic rules. He respects the rules but was disappointed not to finish what he started last year. Like Cosmo, however, Russell is nothing if not an optimist. “I have learned I have more composing skills than I thought,” he says. “And nothing can stop the composition of a song.”