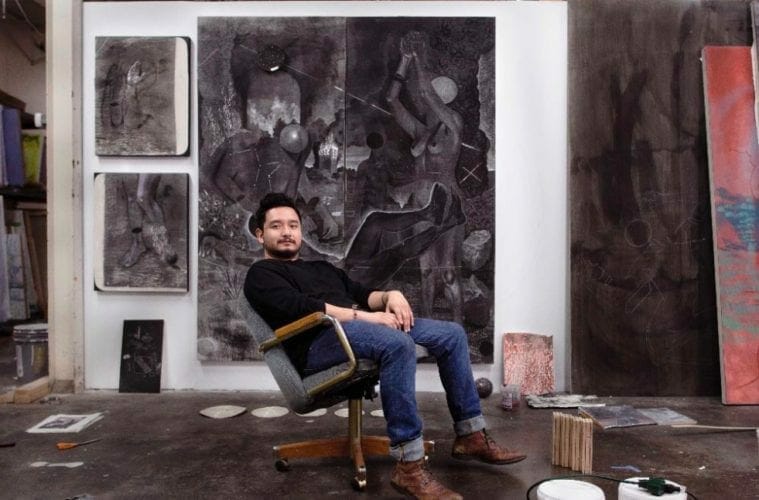 Painter and printmaker Sergio Suárez says his art has helped him process the chaos of the pandemic. (Photo by Mark Zhang)

One Year Later: For some artists, the quarantine has brought unexpected gifts

For all the perks of being a wallflower during a pandemic, there’s also a tacit understanding that to acknowledge any silver linings around a protocol engineered to save lives would be insensitive at best, callous at worst. The open secret among anyone who enjoys the pleasure of their own company, however, is that the public health strategy of sheltering-in-place to combat COVID-19 was never a burden. It was a breath of fresh air.

The same dynamic applies across Atlanta’s cultural community — where some artists feel guilty admitting that their practices have flourished even as their colleagues’ careers have floundered as a result of the quarantine.

“Visual artists are typically introspective, and we’re accustomed to working in secluded spaces,” says John Folsom, a multimedia artist whose large-scale photographs of Southern landscapes reflect his interest in the physics of light and Gothic romanticism. “My schedule didn’t change that much as a result of being on lockdown. But once all worldly concerns [of scheduling exhibitions, fulfilling requests from Pryor Fine Art for new inventory and managing other administrative tasks] went away, I was able to focus intently on what I was doing in the studio, and it was a boon to my practice.”

His personal fortune notwithstanding, Folsom never lost sight of how fellow artists — including dancers, actors, singers and musicians — have been hurting since theaters, concert halls and other live-performance venues were forced to close last spring. The juxtaposition is exacerbated at home because Folsom’s husband is an essential worker who manages a private medical practice where the risk of contracting the coronavirus is heightened.

In short, the balancing act of straddling such vastly different paradigms has left Folsom with a lingering sense of survivor’s guilt. 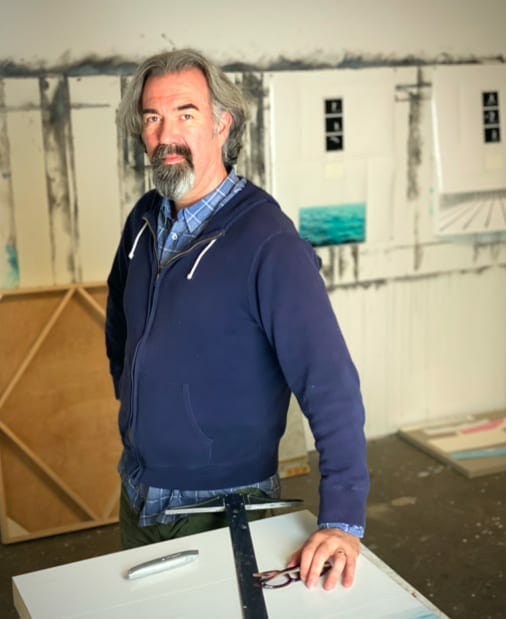 John Folsom says artists tend to enjoy seclusion, and the lockdown allowed him to focus intensely focus on his work.

Sergio Suárez, a painter and printmaker whose work was featured in exhibitions at MOCA GA, The End Project and Atlanta Contemporary last year, has walked the same line.

Eight years ago, his path to vocational school in Mexico City was interrupted when his mother invited him to spend a summer in Atlanta, where she’d migrated a few years earlier. By that fall, he was enrolled at Georgia State University where, he says, “something clicked” when he took his first art class. Although he had to catch up with classmates who were steeped in the humanities, Suárez found that his prior study of the hard sciences, black holes and abstract phenomena aligned seamlessly with his expression as an artist.

Today, the organizing principal of his work is debrayar, a Spanish colloquialism that has no English equivalent but roughly translates to mean “to lose one’s sense of time” or “to wander.” His facility for reconciling personal challenges — from his mother’s passing three years ago and the rise of anti-immigration rhetoric following the 2016 presidential election, to the threat of job loss (Suárez is a waiter at Eclipse de Luna) during the shutdown — are evident in his large-scale studies of mayhem and catastrophe that are reminiscent of M.C. Escher’s mathematically inspired woodcuts, lithographs and mezzotints. While his monumental canvases look like they emerged from the mind of a catastrophist, Suárez’s languid body language belies that theory. He embodies serenity.

“I’m not always conscious of why I made something in real time, but in hindsight I can see that I was living what was expressed in a print or sculptural installation,” says Suárez, who recently completed a two-week residency at the Hambidge Center. “We are all trying to create a narrative and organize the chaos wrought by COVID. The constant rhythm of painting and printmaking has maintained my sanity.”

According to Suárez, the benefits of the pandemic have been threefold. He has had more time to work without distraction. He’s become more mindful about blocking the noise of 24/7 news cycles and social-media feeds that drain his energy and stymie his creativity. And he’s rediscovered the joys of finding comfort in things other people have made, primarily filmmakers, philosophers, novelists and poets.

The Chinese proverb “flowers leave a part of their fragrance in the hand that bestows them,” featured on the homepage of Dianne Cutler‘s website, telegraphs the comfort she derives from the natural world, and encapsulates her mission as an artist. 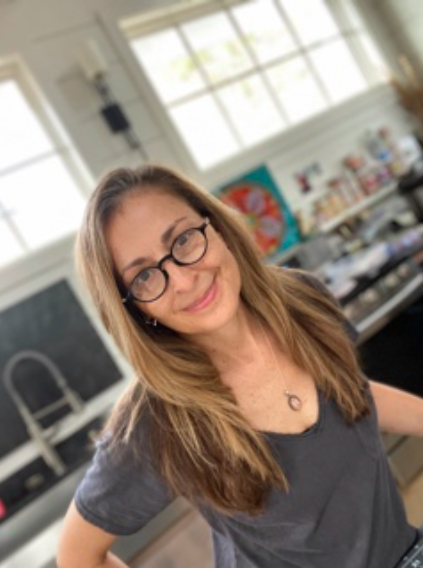 Dianne Cutler’s creativity thrived when the chatter of the outside world diminished during COVID-19.

Her plaster casts of elements like hydrangea leaves, fiddlehead ferns and herbs (from root to tip) have the look and feel of fossils. She describes her muse as “constantly working, keeping me up at three in the morning,” and says the process of making eco-prints on fabric and paper is a perpetual source of discovery and surprise. Ultimately, her goal is to create works that resonate at a higher vibration.

Cutler’s fascination with flowers, bugs and trees took root during long solo walks as a child in Vermont, where she grew up on the edge of a patch of woods. She was working as an oncology nurse in Phoenix 18 years ago, on the verge of burning out, when an art-making project reminded her of her first love. Once she and her husband relocated to Serenbe in 2013, her interest in nature was revitalized. A constant state of wonder has propelled her to replicate works of quiet beauty in her daily studio practice ever since.

What she never anticipated, though, was how her creative discovery would blossom thanks to social distancing.

“COVID was probably the best year I’ve had here because it quieted the chatter,” says Cutler. “It was like a reset button. I could unplug from a series of activities and relationships [without fear of judgment, reproach or hurting anyone’s feelings]. There were no to-do lists or obligations pulling me in different directions. I got to work out more, lost 10 pounds and have been taking better care of myself.”

Emotional intelligence, empathy and keen intuition characterized Cutler’s  nursing. The same traits guide her as an artist. When laying out flowers and leaves in any composition, it’s never an intellectual exercise, but intuitive. And after bearing witness to life cycles when she worked with cancer patients, and throughout the pandemic, she finds solace in the notion that no matter what happens, nature will continue to exist.

“We humans have done so much to destroy the planet,” says Cutler. “When I see a weed growing through a crack in the pavement, I find that comforting. It affirms that no matter what we do, nature will always reclaim itself. A lot of people have forgotten the necessity of preserving nature. But I hope that when people look at my work they’ll be reminded to care for the things that matter.”