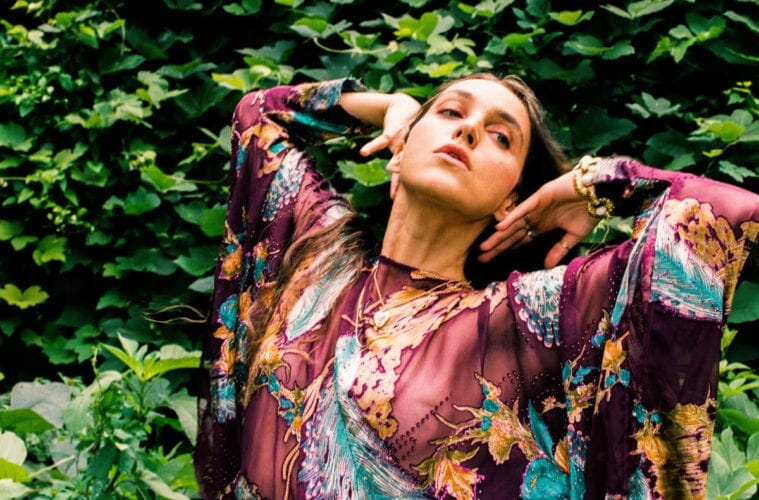 To paraphrase William Carlos Williams (it is National Poetry Month, after all): “I have listened to the Plums. Forgive me; they were so delicious, so cool and so deeply kick-ass.” Hot off its latest record, In the Thick, a raucous live performance of this first single was exuberantly executed and captured at Orange Peel Recording Studio and released by Sampson Sound. It features sweet vocal support from another ATLien, Mammabear.

According to the Bloodplums origin story, what “started out as a bit of a joke turned into a serious attempt at creating classic punk rock.” Formed in 2009, the Bloodplums have paid their hard-rockin’ dues through passionate dedication to musical influences like The Stooges and Bad Brains. The band’s embrace of copious amounts of loud music, noise, attitude and general rabble-rousing makes this engaging for the ears and the entire sensory experience.

The band includes lead singer Houston Perry (“B”), guitarist Matthew Foster, bassist Jon Stare and Tony Belser (“T.One”) on drums. Looking for more? Check out another fun and feisty tune from the March album, with the timely refrain in its title: “Don’t Panic.”

Not enough is said about what a smooth saxophone riff can do to elevate almost any art form. There’s the enduring popularity of Wham’s “Careless Whispers” (and countless memes and viral videos like “Sexy Sax Man” that it spawned). But there’s also something distinctly cinematic about it. Think of the soundtrack to Taxi Driver and what it did for the grimy glamour of 1970s New York City.

We give you the 2020s’ Atlanta equivalent in the form of Tony Shhnow and “Sometimes Time Takes,” a slow, understated meditation about the sometimes-grueling passage of time when times are tough, in which he describes “driving down the highway, trying to get it my way.” Then later, “The clouds sittin’ heavy on a Friday / You can’t give up, this s*** get hard.”

It’s a standout track from the overall superb Kill Streak, an album produced by New Jersey’s GRIMM Doza. The release quietly snuck in under the radar in December, perhaps because it was just one of a handful of mixtapes released in 2020.

Shhnow, who grew up in Cobb County and has been compared by some to Gucci Mane, continues to pick up speed. In February, Pitchfork named him “the Atlanta underground rapper of the moment.” Just at the edge of his mid-20s, he’s already an old hand in the industry in some ways. He started rapping in sixth grade, thanks in part to an admiration for Lil Wayne.

With a slow-flow style and abstract, atmospheric soundscapes (sometimes characterized as “cloud rap”), this song also contains echoes of some of A Tribe Called Quest’s jazzier jams. (Seriously, it’s the sax.)

An entire genre should be devoted to deceptively pleasant songs with haunting subtext. As a master of this type of bright and bouncy, or smooth and soothing pop, with a darker undercurrent, Nadia Marie stands out. This is thanks, in large part, to the harrowing ordeals she has surmounted in the past several years — an incredible ongoing and inspiring journey as an artist and human being.

Nadia Marie had performed in alt-rock bands since she was a teenager and has played a wide range of instruments, including banjo, rhythm guitar, piano and harp. But after a horrible bike accident and injury in 2013, she had amnesia and has shared how she lost much of her sense of identity, having to put the pieces together slowly, agonizingly, one by one.

While recovering and grappling with what it means not to have your memory, she played around with songwriting and recording with GarageBand on her iPad. So, what came about as a form of therapy turned into what you hear here. “When I’m with you / I forget about forgetting,” she sings — and there are pangs of the very real betrayal she experienced from someone she thought she could trust who turns out to be the villain in the tale.

As she’s said about the album and song, “Because it loops so many times, it emulates what it feels like to have amnesia. It is almost like a sweet haze you can’t see through, and loops so many times you ask yourself ‘How long has this loop been going on? Where are we now within the song? Is it over yet? Wait, what’s happening again?’ And then it starts all over.”

Her social media accounts have lain relatively dormant during the pandemic, but hopefully this means she’s gone into a songwriting cocoon. “Weekday Weekends” is our Vintage Track of the Week even though it was released in 2019. To her, anything pre-pandemic is vintage, right? (Photo by Matthew Foster)