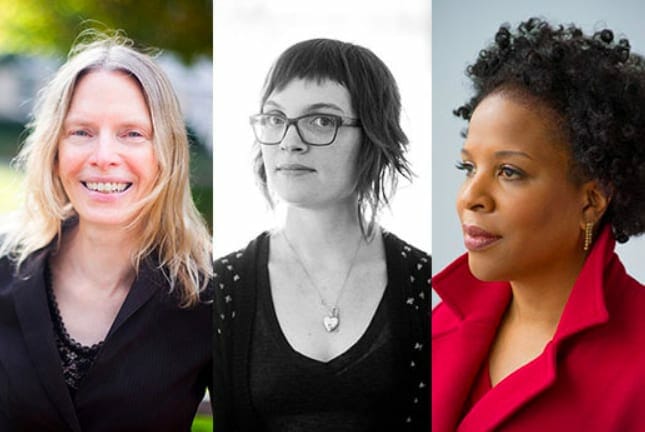 The prestigious fellowships, given by the John Simon Guggenheim Memorial Foundation, will go to 184 American and Canadian scientists, scholars, writers and artists. They were chosen from almost 3,000 applicants. The fellowships are designed to help fund each individual’s work.

Jones, Emory’s Charles Howard Candler Professor of English and Creative Writing, received a fellowship for fiction. She is a New York Times bestselling author and her most recent novel, An American Marriage (2018), was an Oprah’s Book Club selection and made President Barack Obama’s summer reading list. Jones is a Spelman College graduate.

Otis, the Samuel Candler Dobbs Professor of English, received a fellowship for English literature. She began her academic career as a scientist before earning her doctorate in comparative literature from Cornell University. Otis studies and teaches about how scientific and literary thinking intersect and foster each other’s growth. She received a MacArthur Fellowship for creativity in 2000.

Young, an assistant professor of composition, received a fellowship in music composition. She works with electroacoustic music and sonic art, and released a critically praised solo album (Further Secret Origins) in 2009. Her work has been commissioned by the Chicago Symphony Orchestra’s MusicNOW, a new-music series, and the Los Angeles Philharmonic. She taught at the Berklee College of Music in Boston before joining the Emory faculty in 2020.

“In writing, music, scholarship and interdisciplinary collaboration, Tayari Jones, Laura Otis and Katherine Young transcend boundaries and have shown the world their creativity and discoveries,” Emory President Gregory L. Fenves said in a press release. “They embody the extraordinary range of artistic expression and scholarship that defines the Emory mission and illuminates our purpose as a university.”

Edward Hirsh, president of the Guggenheim Foundation, said the fellowships are especially important this year due to the devastating effects of the pandemic. “We know it will be a lifeline for many of the new fellows at a time of great hardship, a survival tool as well as a creative one,” Hirsh said in the press release. “The work supported by the fellowship will help us understand more deeply what we are enduring individually and collectively.”