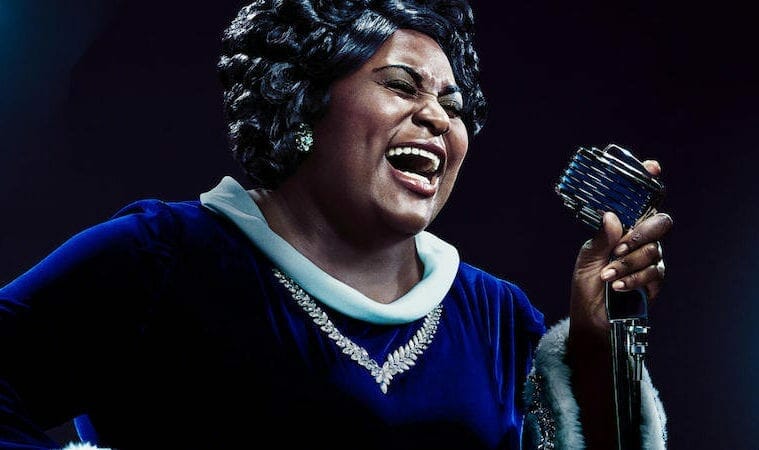 Danielle Brooks (Broadway's "The Color Purple," the Public Theater's "Much Ado About Nothing," TV's "Orange Is the New Black") brings gospel artist Mahalia Jackson to full-throated life in the new Lifetime biopic.

Mahalia Jackson’s career spanned more than 40 years, significantly helping move gospel beyond church walls. Her story hasn’t been dramatized before and, as welcome as the biopic is, it’s something of a skimpy ride. 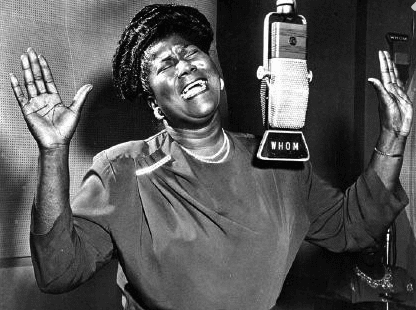 Mahalia Jackson won three Grammys, a Grammy Lifetime Achievement Award and has a performing arts center named for her in her hometown of New Orleans.

Mahalia begins in the 1920s, when a very young Mahalia sings the blues in her Louisiana home, attracting passersby who stop to listen and look in the windows. Her unamused aunt tells the girl she cannot be baptized until she sings more appropriate music.

Years later, Jackson makes a living cleaning houses in Chicago and singing at a church. History repeats itself. The pastor disapproves of her style and throws her out. Jackson rebounds, though, and goes on to sell more than 2 million copies of her song “Move On Up a Little Higher.” Throughout her career, Jackson regularly toured, performed gospel at venues including Carnegie Hall, became the first gospel singer to sign with Columbia Records and became a noted civil rights activist. She stood near MLK  during his 1963 “I Have a Dream” speech in Washington, D.C.

Mahalia doesn’t lack for ambition or talent, but its script doesn’t do anyone any favors. It gallops through the decades, sometimes using a handful of so, providing a surface-level glimpse into Jackson’s fascinating life. Mahalia easily could have been — and should have been — a longer movie or miniseries. As is, it clocks in at 106 minutes (available to stream or see via Lifetime on demand).

Jackson (1911-1972) dealt with much in her 60 years — multiple husbands, tragedy, recording-company pushback, executives who didn’t understand her music, her ascension in the civil rights movement and the aftermath of MLK’s assassination. She also had health issues that the film never really digs into. An early, awkward sequence finds Mahalia nervously preparing for an interview, meeting a kid on the street and bringing him home with her — to live. The movie leaves out her relationship with such iconic performers as Aretha Franklin and the friendship she shared with Coretta Scott King. 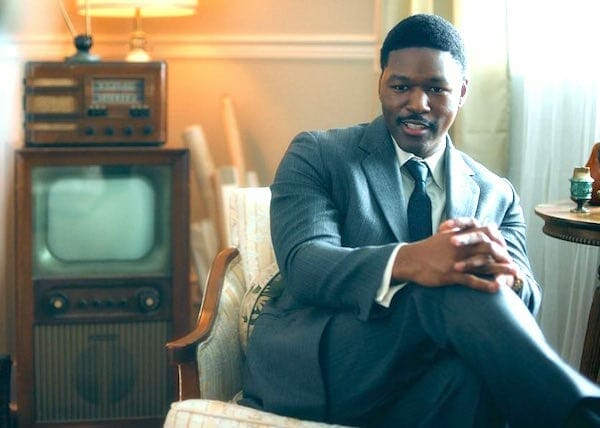 Atlanta-based actor Rob Demery plays the Rev. Martin Luther King Jr. He and director Kenny Leon most recently did the Broadway revival of “A Soldier’s Play” together..

Leon directs efficiently. He knows how to tell a story and get the work he needs from his actors. What he can’t do, alas, is breathe life into a story that insists on a breakneck pace.

He and Brooks worked together in New York last spring/summer on a notable all-Black  staging of Much Ado About Nothing for the Public Theater’s Shakespeare in the Park (it later aired on PBS’s Great Performances series). It’s clear she and Leon have a comfort level. Brooks brings her customary warmth and charisma to the leading role. A Tony nominee for the 2015 revival of The Color Purple, she can belt and does most of her own singing. Those numbers do bring Mahalia alive from time to time, but the film gives its central character very few edges. She can be demanding to work for, and Mahalia points out much of what she accomplished, the film never reveals her many layers or the struggles she faced.

Demery, seen in Leon’s Broadway’s version of the Tony Award-nominated A Soldier’s Play, makes a suitable MLK. Some of the movie’s better scenes take place between MLK and Mahalia but — like most everything here — they’re all too brief. The civil rights movement had a huge impact on Jackson’s life, and the film would have benefited by showing more of that.

Other supporting characters who make impressions are Joaquina Kalukango (a Tony nominee for Broadway’s recent Slave Play) as Mahalia’s longtime pianist and Jason Dirden (TV’s Greenleaf, Leon’s A Raisin in the Sun revival on Broadway in 2014) as a reverend who falls for Mahalia.

Mahalia resemble the current Hulu movie The United States vs. Billie Holiday, with Academy Award nominee Andra Day in the title role. Both are built around talented hardworking actors surrounded by capable casts but stuck with unassured scripts. Mahalia feels like an introduction to the gospel great who demands a deeper, more detailed treatment.