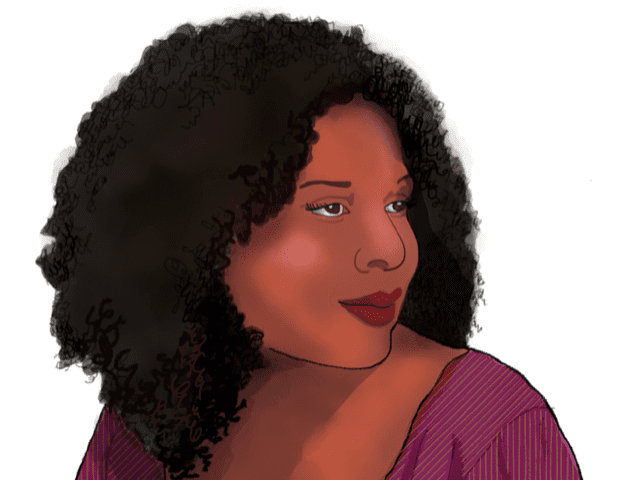 It was a chance conversation overheard at a mall that would help Atlanta native and novelist Tayari Jones begin to build the characters that would skyrocket An American Marriage to the top of bestseller lists all across the country.

Local fans of Jones will have three opportunities to see her live in Georgia this month. She’ll be at Georgia Center for the book on February 5 at 7 p.m., Avid Bookshop in Athens on February 7 at 7 p.m. and the Cox Hall Ballroom at Emory University on February 19 at 6:30 p.m.

In advance of An American Marriage‘s re-release as a paperback on February 6, ARTS ATL caught up with Jones, who joined Emory’s Creative Writing program as a faculty member last fall, to talk about the success of An American Marriage, finding the reader of her dreams and the Georgia-based short story writer whose prose leaves her breathless.

ARTS ATL: The seed for An American Marriage was planted at Lenox Mall, where you overheard a conversation between a man and a woman. Have either of them contacted you subsequent to your sharing that backstory?

Tayari Jones: No! But you know what I wonder about them sometimes? In my imagination, I decided that he had been incarcerated wrongfully, and that’s what inspired my book. But what if they were talking about something else entirely? What if they read my book and don’t even recognize themselves because they were talking about something else and they don’t feel like it was about them? All she said was, “You know you wouldn’t have waited on me for seven years.” And he replied, “I don’t know what you’re talking about. This never would have happened to you in the first place.” Maybe he was in the military.  He could have been doing anything for seven years. Since I’ve been on book tour, I’ve thought of all the different things they could have been talking about.

ARTS ATL: Your novel was an Oprah Book Club Pick. Give me an example of a tiny affirmation at the other end of the spectrum that signaled your success as a writer.

Jones: With every novel I’ve written, I’ve had one interaction with a reader that made me feel like this book was written specifically for this person. And when I meet that person, it’s actually when I start losing my enthusiasm for traveling with the book because I kind of feel like the traveling with the book is a journey to find the person. For An American Marriage, I met a young man who told me that his father had been imprisoned as he was coming up, and he really had a lot of misunderstandings about his mother and her reaction to his father’s situation. He kind of blamed her that she didn’t meet the ideal of the waiting woman that we’ve come to admire culturally. He said that after reading this book, it helped him not only understand but admire his mother. I thought the person I was going to meet was going to be someone who had a husband or son incarcerated. I never imagined that this book would help a young man understand his mother. When he told me the story, I felt it in my heart: Oh, you’re the one!

ARTS ATL: Gender plays a big role in how books are marketed, and the target audience for An American Marriage was primarily female. Yet my nephew gifted me the book for my birthday last winter, and President Barack Obama added it to his summer reading list later that year. Given the realities of the marketplace, have you been surprised by the number of men who have purchased your book?

Jones: I will say this: I don’t think we believe some books are for men and some books are for women. I think we think we think books by women are for women and books by men are for everyone. Because women read most of the books. Nobody becomes a best seller without women readers. Period. But it has been very rewarding to see the conversations across gender, race and class about this book. I think that books are marketed toward a targeted audience, but really, books reach everyone. People often think that if your book crosses various boundaries it’s because your book is so good — but I think all books can cross boundaries if people just give them a try.

ARTS ATL: Who are your literary peeps and/or heroes in Atlanta?

Jones: I adore John Holman, who teaches at Georgia State University. He is such a gorgeously eccentric short-story writer. I definitely think he deserves a wider audience.

ARTS ATL: How has your life changed since the publication of An American Marriage?

Jones: An American Marriage allowed me to come home. I moved to NY to be near the center of publishing to give my career a chance. And because of the security that An American Marriage has given me, I’m able to move home without worry. I can just move in my house and live my life here in Atlanta.