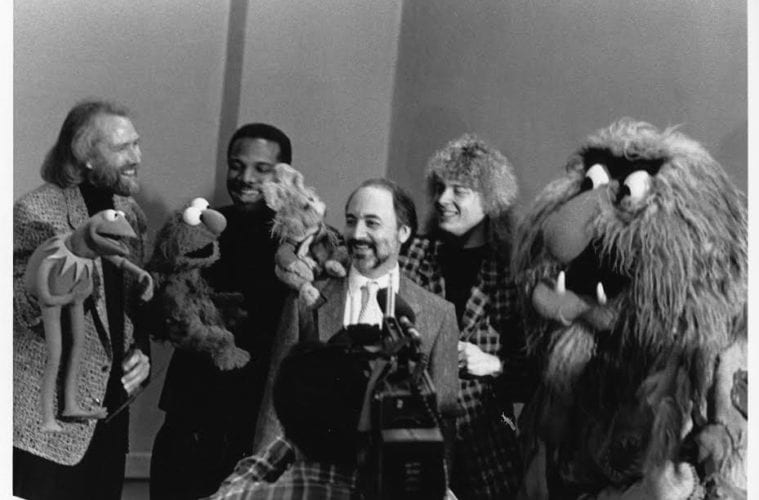 For all the pharmaceuticals, how-to guides and high-tech gadgetry being marketed to spark joy in our culture today, Vincent Anthony’s low-tech approach to satisfying the human need for connection and wonder has animated audiences at the Center for Puppetry Arts for 40 years.

Anthony’s passion for puppeteering and his founding of what would become a world-renowned puppetry center earned him the ARTS ATL Luminary Award for Outstanding Leadership at the January 27 ceremony at City Winery.

A soft-spoken man who loathes public speaking and shuns the spotlight, Anthony — president and the Barbara and Bill Wylly executive director of the center — was training to be an actor at the Herbert Berghof Studio in Manhattan when he spotted an ad for puppeteers in Backstage magazine.

“I went to the audition and was handed a marionette, which is as complicated to operate as a stringed instrument,” says Anthony. “I had no idea what to do, but as I held it in my hand and looked up, everybody’s attention was on that puppet. In that moment, I made a career decision and decided I wanted to do that. It was a grand experience.”

A touring production of Pinocchio required Anthony to travel all over the United States. It took nearly a year for him to learn the strings, but he loved the way he could recede into the background while audiences focused on inanimate objects he brought to life. As his self-confidence grew, he came to understand how the puppeteer had to infuse his puppet with a part of himself in order to touch people and captivate their attention.

By 1977, Anthony wanted to be closer to his family in Sarasota, Florida, and began to think about moving to the Southeast. Atlanta appealed to him because 15 years after the Orly crash that killed a core of Atlanta’s arts leaders, the Memorial Arts Center was being built to resurrect the creative community’s commitment to arts and culture. “I saw that as an indication that there might be a favorable climate for an arts endeavor,” says Anthony, who also believed Atlantans would embrace puppetry arts if introduced to the art form and educated on its rich history.

After relocating in 1978, Anthony traveled throughout the state performing for audiences. He always brought antique puppets along so he could give post-show talks about their origins, and puppet-making sessions were included whenever possible. He decided Atlanta would be a good place for a center devoted to the puppetry arts. 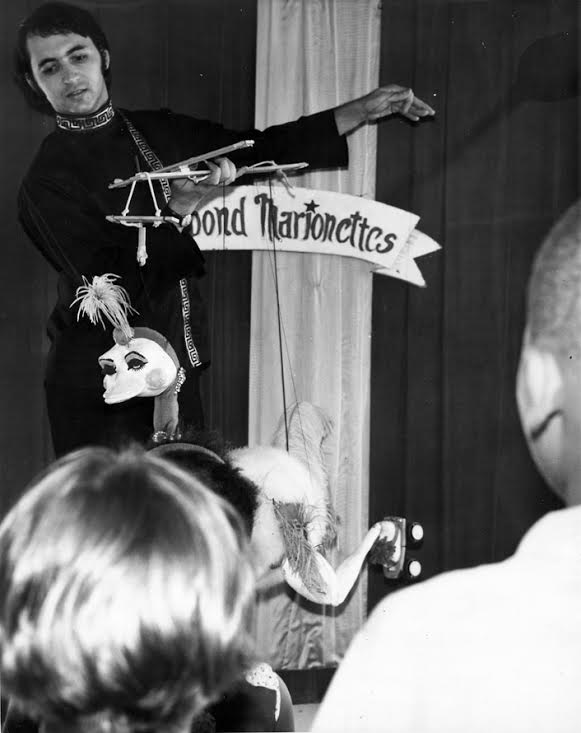 Before he founded the center, Anthony toured the Southeast with his own puppet show. (Photos courtesy Center for the Puppetry Arts)

Jim Henson — the famed Muppets puppeter — met Anthony during the planning stages for a World Puppet Festival while Anthony served as president of the National Association of Puppeteers of America. Henson became an early supporter of Anthony’s dream of a center for puppetry arts, and the facility now hosts The Jim Henson Collection.

“When we were opening the center in September of 1978, I flew to California to extend an invitation to Jim to attend our opening,” says Anthony. “I told him, ‘I need your help. We’re about to open the center I’ve been talking about, and I’d like you to come.’ We were on a soundstage, where he was shooting a Muppet movie, and he said, ‘You know what? Kermit will be there, and maybe he’ll bring me along.’”

It was an ambitious project, but Anthony’s instinct to simply keep his nose to the grindstone paid off. As a nucleus of support grew, a museum, live performance venue and educational outreach programs were institutionalized. Last year alone, the center’s resident company and an international roster of visiting artists mounted 500 performances; the Distance Learning program was digitally broadcast to all 50 states and nine countries. About 170,000 guests annually come to visit Kermit the Frog, Miss Piggy and over 4,000 puppets and artifacts from Asia, Africa, Europe and the Americas that are part of the permanent collection.

According to Mike Dunlap, a long-serving board member, the only thing that outshines Anthony’s work ethic and brilliance as a visionary is his passion for entertainment — which informs the fun and positive energy that flows through the entire organization.

“As a destination for puppetry, it does not get any better,” says Lois Reitzes, host of WABE’s arts and culture program City Lights. “My husband, Don, and I make sure we take every international guest we have to the Center for Puppetry Arts. Recently, a friend from Vienna who has worked with Salzburg marionettes spent an entire afternoon at the center. She was delighted with it.” 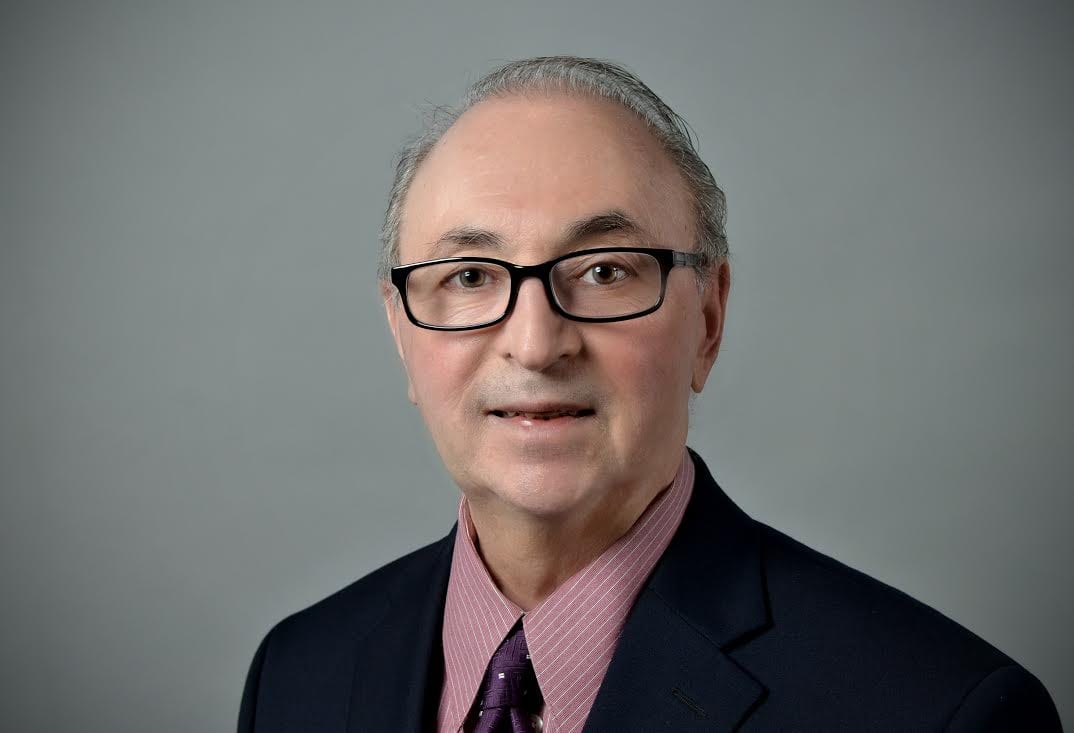 Robert Edge, last year’s Luminary Award winner for Philanthropic Legacy, and his wife Betty frequently take their grandchildren to see productions at the Center, where Betty’s been known to laugh longer and harder than anyone else in attendance.

“Vince is a true hero on the Atlanta arts scene,” says Edge. “He’s like an orchestral conductor, on the podium bringing together performances, a museum, workshops and programs for school children. People so often don’t know the degree of excellence he and his team have produced at the center, but it probably ranks higher, internationally, than any other arts organization we have in the city.”

Ida Cosby Jackson, an educator from Putnam County and champion of the center, calls it one of Atlanta’s jewels. As steward to thousands of children who have been introduced to the magic of storytelling through live theater, or built their first puppet, or rendered awe-struck when coming face to face with Big Bird — who is as big, fluffy and yellow in real life as he is on TV — Jackson has witnessed the life-long and life-changing impact the Center can have on youngsters. “When children are happy, they do well,” she says.

From Anthony’s perspective, adults can learn a lot by simply observing child’s play and following their lead more often.

“It’s magic to watch kids come and go by scores of busloads every day,” he says. “They are so excited and animated by what they experience that the look on their faces is one of pure astonishment. It makes you wonder how we ever grow out of it.”