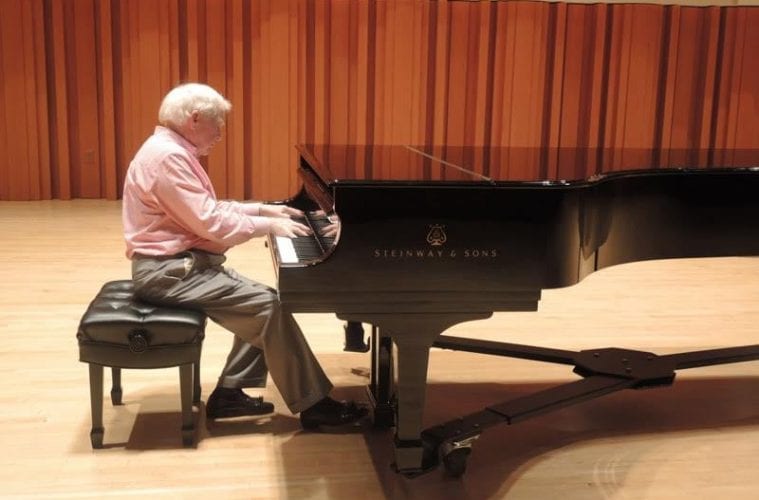 Robert “Bob” Edge, ArtsATL’s Luminary Awards Amaranth Winner for Philanthropic Legacy, has practiced law at Alston & Bird, where he is the firm’s senior counsel, since graduating from Yale Law School in 1965. But as countless beneficiaries throughout Atlanta’s creative class can attest, his avocation is arts and culture.

As chair of the Charles Loridans Foundation since 1982, Edge has earmarked annual support to organizations including the Museum of Contemporary Art Georgia, Franklin Pond Chamber Music, Museum of Design Atlanta, Shakespeare Tavern, the Atlanta Symphony Orchestra, Atlanta Chamber Players, the Alliance Theatre and ArtsATL, among others.

A sharp thinker with old-school manners, Edge has a reputation for being an enthusiastic, energetic and articulate patron of the arts, according to Sam Dixon, executive and artistic director at Clayton State University’s Spivey Hall. And from his perspective, watching Edge be transported by live musical performances is entertainment in and of itself.

“I am always glad when Bob is at a Spivey Hall concert and something truly exciting happens on stage,” says Dixon. “He sits just a few rows in front of me, and he’ll turn around and give me this smile and lift his eyebrows, and I’ll know he’s really been moved by what he’s heard. That’s always a great moment — to see someone who cares so much respond in that way is priceless to me.”

Edge was instrumental in realizing the dream of building Spivey Hall, and when the facility marked its 25th anniversary in 2015, Loridans gave a $25,000 grant in Edge’s name to help pay for a season that celebrated the occasion.

Edge, who calls music “my greatest passion outside my family,” remembers singing and tap dancing nonstop when he was a little boy. His formal training in the arts began as a pianist. He studied with Hugh Hodgson, founder of the University of Georgia’s Music Department, from seventh grade through college, and got to play under Henry Sopkin’s baton at the Atlanta Symphony on two separate occasions as a high schooler. “I have not yet fully recovered from the stress of that,” he says of the experience. 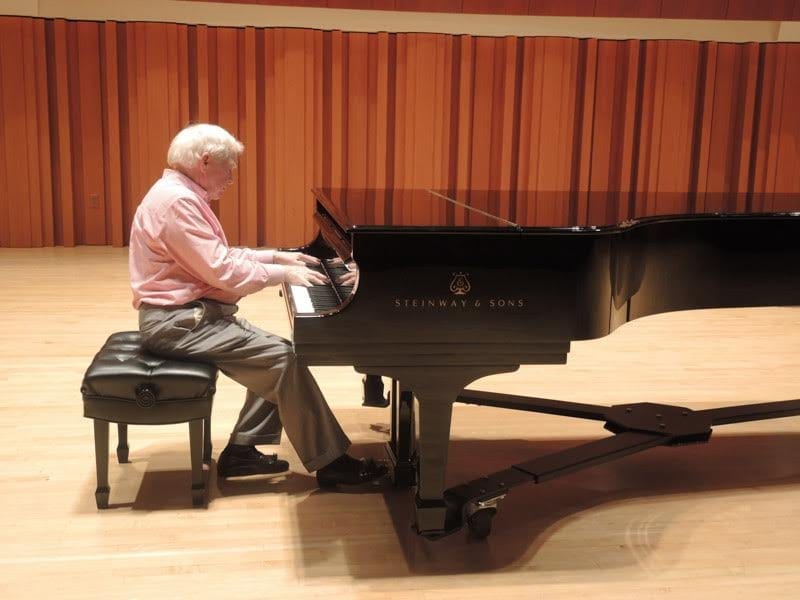 Edge is a classically trained pianist, though he opted for law school. Here, he plays at Robert G. Edge Recital Hall in the School of Music at the University of Georgia. (Photos courtesy Robert Edge)

Resigned to the fact that he would never have a decent life as a musician, he has no regrets. “I am grateful that after UGA and Oxford I found my way to Yale Law School and a career as a trust and estates attorney,” says Edge, who is recognized by many as the dean of estate planning attorneys in Georgia. “Thank goodness my professional career has allowed me to be intensely engaged in the arts world.”

The funding, which started in 2000, extended over a three-to-four year period and was critical to keeping mid-sized theater companies — many of which had few reserves and little-to-no-endowment — solvent during the market downturn. The vote of confidence has had a ripple effect. 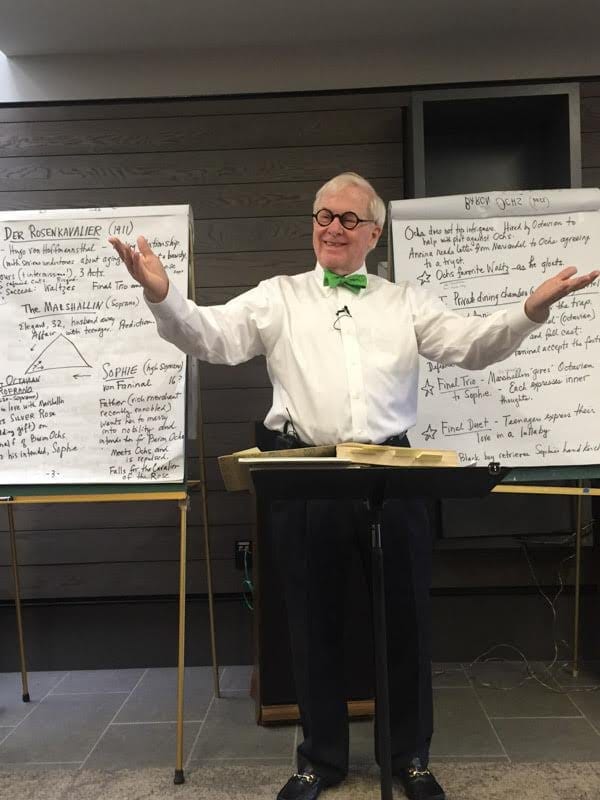 For 35 years, Edge has delivered music lectures at All Saints’ Church.

“It had a really huge impact on us as a community,” says Lisa Adler, co-founder and co-artistic and producing director of Horizon Theatre. “Even after the initial grant was over, they kept funding our theatre company, and Bob was at the leading edge. The support made us feel like we were valued members of the artistic community, that our presence in Atlanta mattered, and the foundation wanted to make it possible for us to do more. The theatrical community was shored up by that, and emboldened to try new things by that spirit.”

Edge’s reputation as an arts practitioner, aficionado and patron notwithstanding, his fellow Loridans trustee, Harvey Hill, considers Edge to be an extraordinary teacher. “Right from the start of his tenure at Alston & Bird, Bob started book clubs with a focus on music and visual art,” says Hill. “He has taught a short-course in music and composers at All Saints’ Episcopal Church for over 30 years, started the Opera Sampler [currently known as “Opera with an Edge” to Atlanta Opera subscribers] in 1971, served as president of the Atlanta Music Festival Association since 1972, and been a member of the board of directors of the Metropolitan Opera since 1976.”

Edge calls his decades-long insider status at the Met “a rich experience.” But no matter how deep his knowledge of the art form, he is always studying and hoping to expand his classical musical horizons. When reached by phone on the eve of a trip to see Carl Maria von Weber’s romantic opera Oberon in Budapest for the first time, he says, “The last few days, I’ve been boning up, listening to the recording, studying the synopsis and reading the libretto because I know that the pleasure I get from that performance next Sunday night will be so much greater if I have done that kind of homework.”

Beyond feeling honored to have been chosen for a Luminary Award, Edge says he feels blessed to have been present at the creation with so many arts organizations in Atlanta. He is quick to acknowledge Charles Loridans — the late businessman who gave the bulk of his estate to the foundation that bears his name — and thanks the fellow-trustees he regards as co-authors of all the arts activities Loridans has supported.

“Art is an essential part of any balanced community,” says Edge. “I don’t think they are ancillary. When Myra Hess played Bach in a bombed out church in London [during World War II], people said it helped them get through a terrible time in their lives. That’s what arts do. They nurture our spirits and provide one of the great reasons for celebrating life. I think we’ve got to pay attention to those resources.”