For over 30 years, Sue Schroeder has led Core Dance with a socially conscious and community-minded vision that has enriched the city. Schroeder is the inaugural winner of ArtsATL’s Luminary Halcyon Award for Outstanding Leadership.

Schroeder’s path from a performing role to a leadership role came about from restlessness, that essential inertia of an artist’s life — craving new experiences, new ways to explore one’s medium, new ways to be connected with one’s art.

At the time, Schroeder was just 23 years old and had been performing as a dancer for 11 years in Houston. She spent 10 of those years with the Beverley Cook Dance Company after joining as a freshman at Houston’s High School for the Performing and Visual Arts. After the Beverly Cook Dance Company dissolved, she went on to dance with another company.

Then the urge to create called her, the need to make work of her own. With her sister Kathy Schroeder Russell, she cofounded Core in 1980.

After five years of performing in Houston, the company faced three strikes of unfortunate circumstances with rehearsal spaces. At one location, their lease wasn’t renewed, another studio was destroyed in a fire, and Core’s next option was a former office with desks and carpeting still lingering from its former life.

When a friend of Schroeder’s offered the company its current space in Decatur, Core dared to make the move of over 700 miles away from Texas. They didn’t leave Houston behind, however, opting instead to operate out of both cities.

“Developing a workable model, one that made sense, took more than 10 years,” says Schroeder. “With this came the challenge of relaying to funders and the two communities that we could, in fact, be mindful of both. These days with technology and the global view, it seems better understood.”

Schroeder cofounded Core in 1980, then debuted its Decatur incarnation in 1985. (Photos by Paige McFall)

Beyond finding a workable model, Schroeder says that another challenge was finding their place in Atlanta as an outsider. But Core has more than found their place, and their work has been influenced by the city.

Social issues have been at the heart of many of Core’s creations, and Schroeder credits the social activism of Atlanta and the region and the company’s connection to Alternate ROOTS with shaping the company’s vision, cultural practices and mission.

“As a culture, we increasingly lack the ability to grow empathy within ourselves and our children,” says Schroeder. “From my experience, I believe that dance and the arts point the way to shifting the paradigm. The power within art can begin to inspire the ability to understand and share the feelings and point of view of others different from ourselves. Art has the opportunity to create deep and lasting change in these perilous times in which we live.”

Addressing complex, multifaceted topics through the nonverbal medium of dance is always a challenge, but Schroeder has developed a process for navigating it.

“I do my research so that I become aware of as many entry points and vantage points to the issue as I possibly can,” she says. “I include community members in the process and listen — deeply listen — putting my ego aside. It’s bigger than me. It’s about how our work can be a vehicle even for an inch of change. With the community engaged in the development, I find that the work has accessibility even as it remains a contemporary, non-linear narrative, image or idea.”

The impact of Schroeder’s leadership goes beyond Core’s works onstage — it’s felt in the studio and in the community.

“I remember when Sue presented a book to me and the other dancers when we first were hired into [the] company, The Four Agreements by Don Miguel Ruiz,” says Rose Shields, who joined Core in 2012. “We were told to read it to help us get acclimated to the way Core works. This book and the way Core utilizes shared leadership has changed how I live my life in and outside of work. One huge takeaway is that it’s helped me become a better listener, making me a better dance artist and human being.” 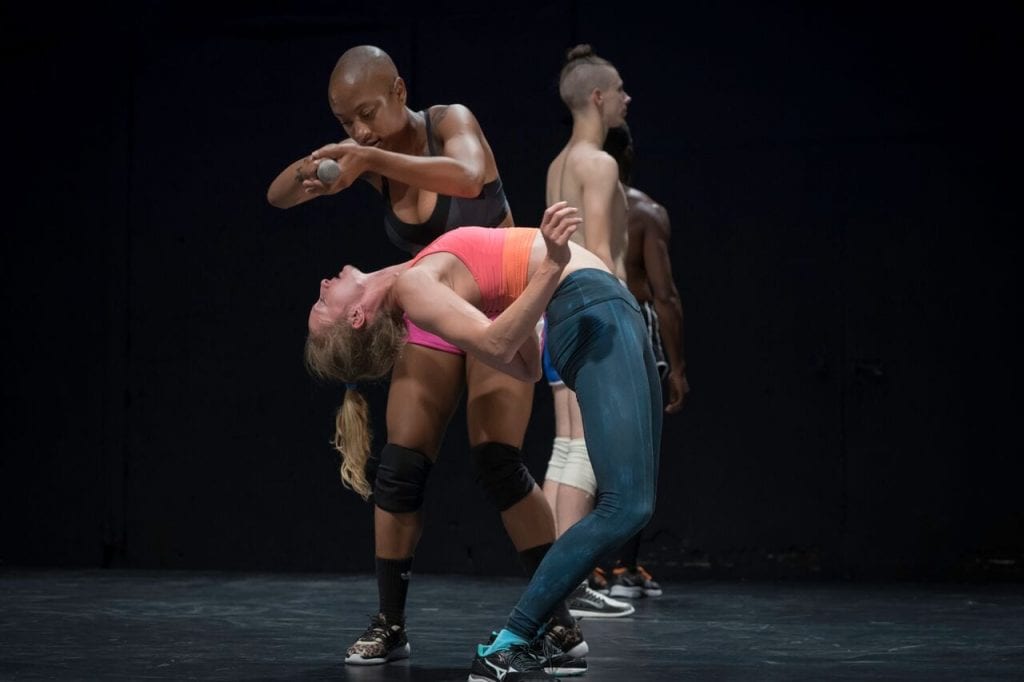 In 1994, Schroeder turned a difficult time for the company into a broader effort to encourage collaboration between local dance organizations.

Core was facing financial and structural challenges, and Schroeder knew she had to take action. She decided to make a cold call to Nello McDaniel, a representative from the now-defunct Foundation for the Extension and Development of the American Professional Theatre. McDaniel, along with colleagues George Thorn and Ruby Lerner, had been brought in by the Fulton County Arts Council in a few years prior, and Schroeder had followed their work.

“I told him I didn’t have any money but asked him to please offer me some direction,” she recalls. “Out of that conversation, the Atlanta Dance Initiative was born. The notion, that I strongly hold and adhere to today, [was] that we heal, grow and thrive together as a community not as individual participants.”

During the program, which lasted two years and included 12 dance organizations, McDaniel and Thorn came to Atlanta every six weeks.

“They had previously done a similar program with Atlanta theaters through the Atlanta Theater Coalition, and you can see the strength in our theater and dance communities to this day because of this work,” says Schroeder. “I have traveled and worked in many cities, and Atlanta is unique in this way.” 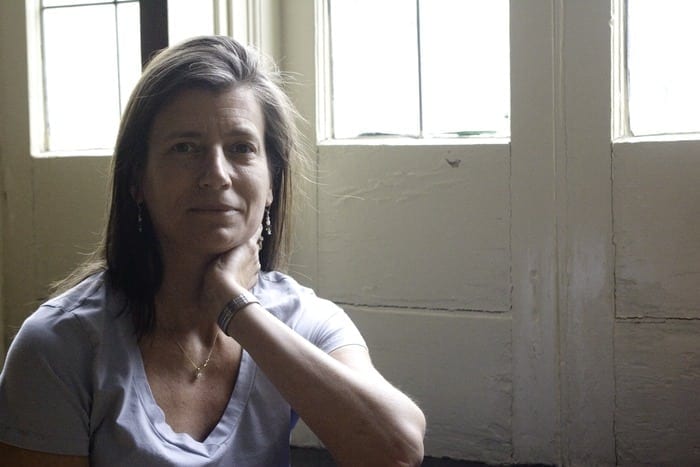 Schroeder believes that she and her dancers are in a partnership, and she wants to empower and nurture their talent.

Among other accomplishments over the years, Core has created numerous outreach programs for at-risk and underserved communities, collaborated with local and international artists and helped create the Teacher Training Institute in collaboration with Atlanta Ballet, Moving in the Spirit and Dance Educators of Georgia and Arts Connect.

What’s next for Schroeder and Core?

“We’ve completed a new strategic plan under Nello McDaniel’s guidance,” says Schroeder. “It was a pleasure to reconnect with his work and validate and revalidate our Core cultural practices.”

That plan includes expanding community engagement, balancing time creating in the studio with time spent touring, and initiating opportunities to take the company’s practices and ideals into the community.

“We started in Atlanta with three dancers and me,” Schroeder reflects. “I have so much to be grateful for.”