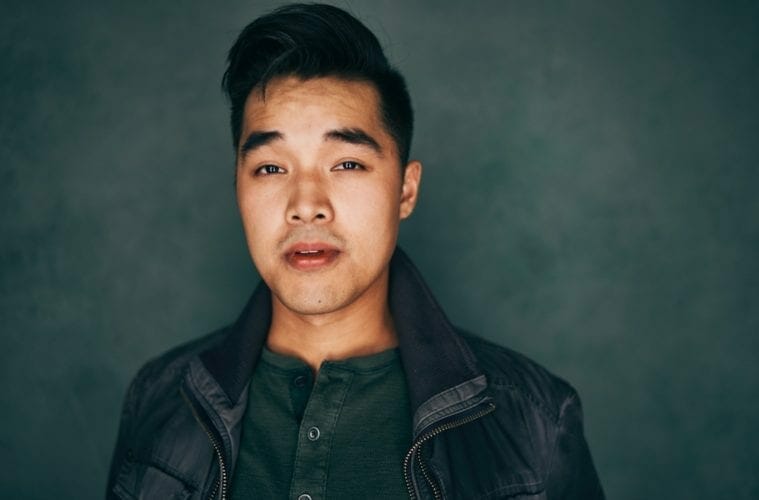 In Our Own Words: Ryan Vo, stage and television actor

Ryan Vo is a first-generation American whose Vietnamese parents raised him and his little brother in the heat and humidity of Mississippi. He’s an actor who’s been onstage at the Alliance Theatre, Actor’s Express and Theatrical Outfit, among others. His TV credits include Brockmire, Dynasty and Last Call. (Photo by Ben Rollins)

I am a first-generation Vietnamese American. My parents immigrated to the United States in the late 1980s after fleeing the devastation of the Vietnam War. If “hard workers” could be defined by a single photo, it would be a picture of them. For the past 20 years they have owned a small nail salon in Brandon, Mississippi. They’re open every day of the week, 10 hours a day, and they’ve had that schedule for as long as I can remember. On March 16, the mass shooting that took place in Atlanta at three massage parlors — resulting in eight people dying, six of whom were of Asian descent — shook me to the core. My only thought was that it could’ve easily been my parents. To think someone could come into an establishment and gun down innocent people working to just make a living, all because they were of Asian descent, absolutely breaks my heart.

Growing up in the South, I have seen and experienced my share of racial discrimination. When tackling the topic of racism, my parents would say to me when I was younger, “Keep your nose down, keep quiet and don’t fight back. This is America.” I am sure, due to their language barrier, my parents never felt like they could defend themselves in situations where people were being racist toward them.

I felt the pressure to balance traditional Vietnamese values with American culture. I found that putting one’s nose down, keeping quiet and not fighting back has led me to more self-doubt, emotional trauma and frustration. I believe the lack of representation and misrepresentation of Asians in mainstream media has ultimately led to innocent people dying. Within the last year, according to reporting from Stop AAPI Hate, there have been nearly 3,800 incidents of anti-Asian hate. This has to stop.

Words are important. They are the double-edged sword that can inspire people to come together, but also cut the wounds that divide us. As I get older, I am beginning to realize the importance and power of using my voice. I am also realizing I am not alone in feeling this way. Within the AAPI community, conversations of racial injustice are no longer quiet murmurs and stereotypical meekness. They are screams of pain with a resonance of strength that all people of color understand. Speaking up and taking action now can save future generations from emotional and physical trauma. It is only then will we be taking the action steps toward true equity and equality.