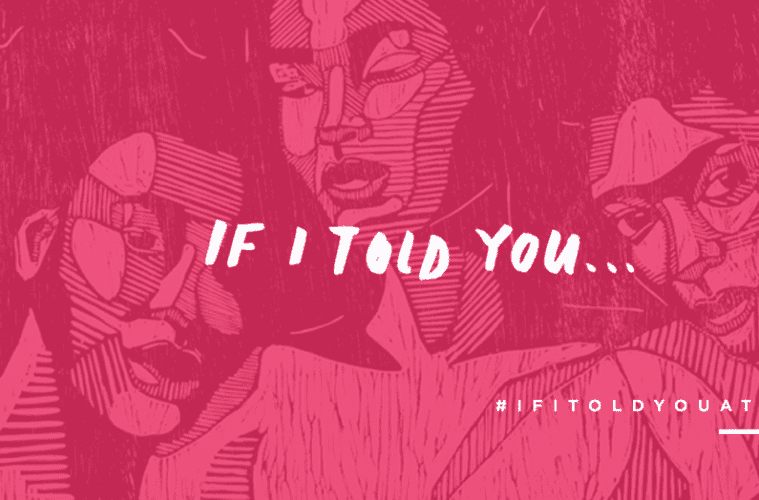 Women artists open If I Told You . . . in ex-Squishiepuss space at The Beacon

If I Told You . . . , a timely group exhibition featuring the work of 15 female-identifying artists, opened February 14, at The Beacon Atlanta and continues through March 28. The title was inspired by the Maya Angelou memoir I Know Why the Caged Bird Sings.

The artwork surrounds themes of harassment, assault, violence and the treatment of the female body and includes complementary programming. The show takes place in the gallery that was to become Squishieland, a commission-free space by Atlanta muralist Ray Geier, aka Squishiepuss.

Beacon management terminated Geier’s lease last month after several women came forward publicly with allegations of inappropriate comments, unwanted advances and more serious accusations. Since then, similar allegations have been made against Chris Appleton, WonderRoot’s executive director. He’s on leave while the WonderRoot board investigates.

Plans for If I Told You . . .  coalesced quickly once Geier was no longer tied to the space. Organizers met with Philippe Pellerin of Pellerin Real Estate, which manages The Beacon and supported their plan. “Our team is grateful to this diverse group for putting together a thoughtful, appropriate and engaging exhibit on a topic that is difficult to discuss — but must be discussed nonetheless,” Pellerin says.

“We thought it would be a good way to respond,” says co-curator Lauren Harris, “using the art world and our talents. Something like this that just happens organically is the best kind of show.”

The show includes a space for sharing, healing and awareness, plus a performance by Atlanta activist Jessica Caldas; an all-female comedy showcase; a film series led by Emory University’s Michele Schreiber; a poetry slam led by Atlanta author-poet-artist Theresa Davis; healing events such as yoga, body mapping, meditation and sound bathing; and a confessional installation/film by Melissa Alexander, who will thread together the stories of women who share their experiences in the space. Men Stopping Violence, which fights domestic violence and the social norms that enable it, will lead a full week of programming.

The exhibit and all related programming is free and open to the public. The Beacon, in Atlanta’s Grant Park neighborhood, is open noon–4 p.m., Wednesday–Saturday and while programming is happening. It’s closed Monday and Tuesday.

The project’s goal, Harris says, is to provide a safe space for women and men to have conversations about sex and the power issues it raises and for women’s voices to be heard through their art.

She also says this likely is not the last exhibit If I Told You . . . organizers and artists will produce.