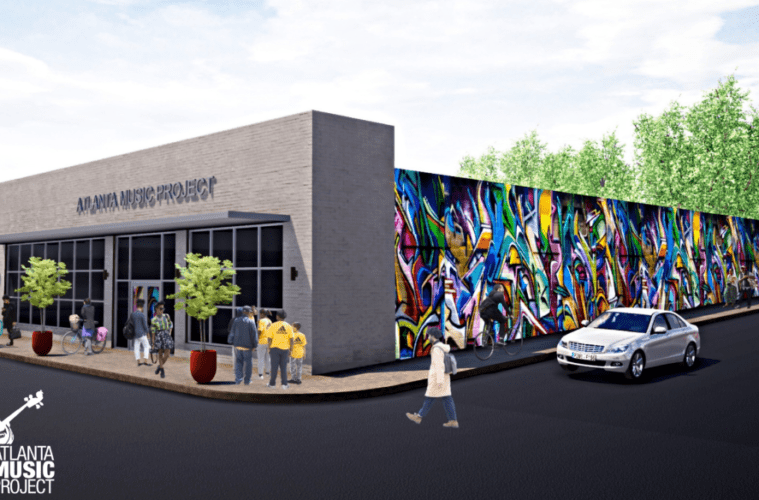 The Atlanta Music Project signed a 12-year lease yesterday that will serve as the first headquarters for the nonprofit organization, which provides intensive, tuition-free music education for underserved youth.

The future headquarters, named the Atlanta Music Project Center for Performance & Education, is located in the Capitol View neighborhood, southwest of Downtown Atlanta, and will include a 150-seat performance hall, 10 rehearsal spaces and office space.

In the spring of 2018, Atlanta Music Project launched The Next Movement capital campaign to support the building of the future home base, the purchase of modular, sound-isolating rehearsal rooms and key program enhancements including new instruments, concert uniforms and a passenger van.

The organization will begin to build the space once the capital campaign goal of $2.9 million is reached. According to cofounder Dantes Rameau, the organization is at 80% of its goal and is expected to open doors this summer.