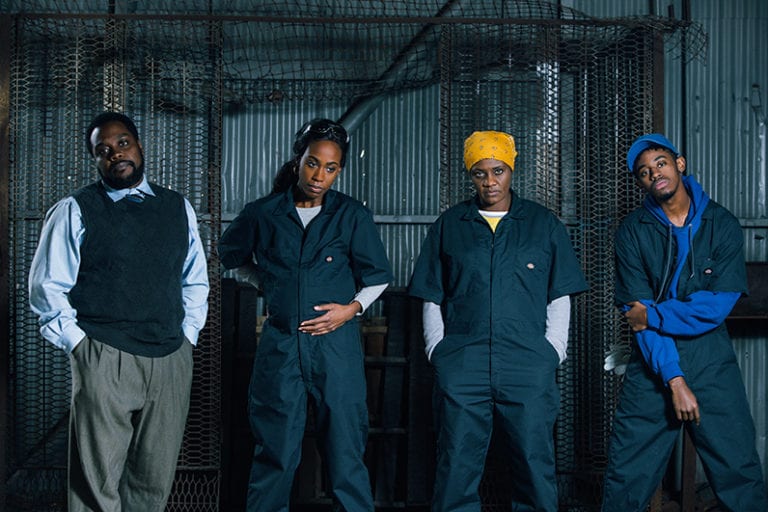 Every Thursday, our editors and guest writers give you their top picks for the weekend’s best shows. Nothing says date night like an evening of theater, so whether it’s Valentine’s or Galentine’s, there are plenty of shows to see this week. Be sure to check out our metro Atlanta theater map to see a full list of performance venues by county.

Marietta’s New Theatre in the Square, The Cotton Club Revue For Black History Month, Theatre in the Square is transporting audiences back to the Jazz Age. The play centers on the sounds of New York’s famous Cotton Club and will feature hit songs from the era, including, “Take The A Train,” “A Tisket A Tasket,” “Minne The Moocher,” “Hi Dee Ho” and “Stormy Weather.” Through February 24.

New African Grove, Love You Better Sarah was a daddy’s girl until he divorced her mother and married Charlotte “Hush-Hush” Turner, a sexy, provocative woman only one year older than his daughter. Over the years, the distance grew between Sarah and her father, but the morning of his funeral, Charlotte and Sarah are forced to come together. In this play by Jeff Stetson, the writer of The Meeting, these two women try to overcome past hurts to find healing. Through February 24.

Atlanta Lyric Theatre, The Wedding Singer Based on the hit movie starring Adam Sandler and Drew Barrymore, the ’80s are back in all of their tacky valor in this musical adaptation. Robbie Hart, a wedding singer in New Jersey, experiences a total eclipse of the heart when his fiancee leaves him at the altar. His heart loses its song at first, but in this cult classic, love comes to the rescue. Through February 24.

True Colors Theatre, The Skeleton Crew Playwright Dominique Morisseau has dubbed herself the scribe of Detroit, and she returns to the True Colors stage with her hit play about the impact of the 2008 recession on the automotive industry. This timely drama is seen through the eyes of factory workers and foremen. Through March 10.

Alliance Theatre, Ever After To christen its new Coca-Cola Stage, the Alliance is staging a musical adaptation of the beloved 1998 film Ever After. Based on the story of Cinderella, Danielle de Barbarac endures living with her icy stepmother and twitty stepsisters, until a chance encounter with Prince Henry alters her fate. Get ready for Renaissance-era costumes and happily ever after. Through February 17.