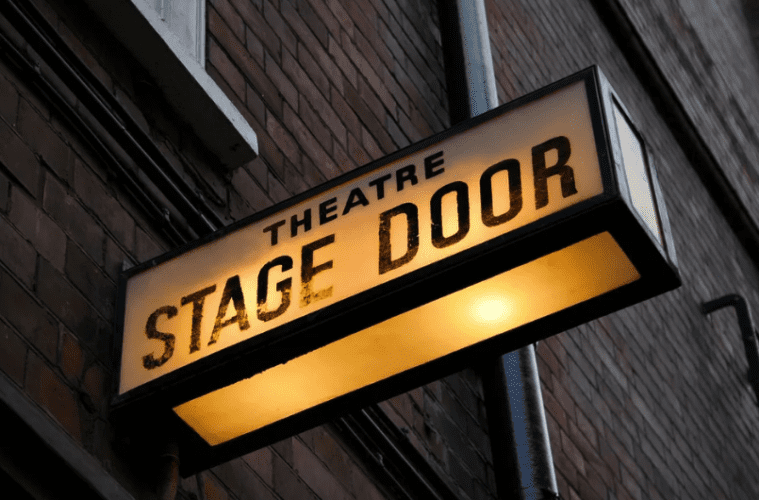 Welcome to a most irregular theater season; aren’t we all just glad it’s really happening?

Atlanta will have a 2020–21 theater season after all, something we thought we might never see. It comes with a new vocabulary, though, and words like “virtual,” “video,” “podcast,” “TBD,” “dialogues,” “subject to change,” “hybrid,” “salon” and “Zoom.” Call it the new abnormal. It features a mix of readings, full performances, online-only performances, in-person and drive-in performances, bundling and, possibly, formats we haven’t yet met. It all begins tonight (September 24) at Theatrical Outfit, with our first look at the ethos of Matt Torney, in his first season as the downtown company’s artistic director. What matters to him, he’s said, is to make theater that’s “so exciting you can’t miss it.”

The Chicago Tribune’s Chris Jones, one of the best theater critics in the land, recently named 10 fall performances in and around the Windy City that have him excited, a lineup that includes a multidisciplinary festival, a 20-minute new play and one play that will visit numerous parks. Atlanta, too, has a healthy handful of fall shows worth your time (and money).

Note that not every metro theater has announced its plans. Some, like Georgia Ensemble in Roswell, will wait until January to restart. True Colors Theatre Company is going with a series of online community conversations. And Actor’s Express and Out of Front Theatre announced their plans just this week. Another wild card: Who’ll be able to master the technology and give us the real feel of live theater (and who won’t)?

Our picks, in chronological order: A series of one-night virtual readings that begins tonight (September 24) and continues October 8, October 21 and November 12. Tonight brings The Children by British playwright Lucy Kirkwood, an eco-thriller about responsibility, reparation and what one generation owes the next. The Alliance Theatre’s Susan V. Booth directs. Her cast: Ora Jones, Chris Kayser and Tess Malis Kincaid.

October 8 — Flex by Arkansas playwright Candrice Jones. The new play about swagger, determination, sticking together and Black women who play basketball was developed at the 2020 Humana Festival of New American Plays at Actors Theatre of Louisville.

October 21 — Eureka Day by California playwright Jonathan Spector. A 2018 comedy of manners set at a charter school in Berkeley, California, where a mumps outbreak divides parents on the subject of vaccinations. New York Times critic Ben Brantley called it “the perfect play for our age of disagreement.” Eureka Day was a New York Times’ Critic’s Pick in September 2019.

November 12 — Stew by Harlem playwright Zora Howard. This 2020 comedy-drama explores the special connection that the women in a family share and how the secrets we keep from our mothers eventually become the secrets we keep from ourselves. Stew was nominated for a 2020 Drama League Award for outstanding play. The New Yorker called it “a captivating story that’s intimate, funny and heartbreaking in equal measure.”

The virtual readings are free (donations welcome) and will each be followed by a video podcast during which experts and guests will dig deeper into that evening’s play. Access to pre-show discussions with Torney begins at $150 for one person ($37.50 per play). More details HERE.

Friday (September 24)-October 4. This is part of what the Inman Park company is calling “Horizon at Home.” The live virtual performance will begin with an introduction and end with a post-show discussion. Completeness is a comedy about the romance of two brainy grad students and the mysteries of science. The playwright is Tony Award winner Itamar Moses (The Band’s Visit). New York critics didn’t think much of his script when the piece played off-Broadway in 2011, but the Horizon performance features the talents of Shelli Delgado, Chris Hecke, Eric J. Little and Naima Carter Russell, who should be familiar to any semi-regular Atlanta theatergoer. Collectively, they’ve worked at Actor’s Express, Aurora Theatre, the Shakespeare Tavern Playhouse, Synchronicity Theatre, Theatrical Outfit and elsewhere. More details HERE.

Friday (September 24)-October 3. This two-actor musical launches the Lawrenceville theater’s digital-only Our Stage On-Screen series. “Barbara” is Barbara Jean, the proprietor of a small-town diner just outside Nashville. She’s played by Chloe Kay, who inhabits seven additional characters from Barbara Jean’s life. She shares the stage with Dickie Brian Hull (Skyler Brown), a DJ at the local radio station. The show, which has drawn comparisons to Greater Tuna and Steel Magnolias, was described as “winsome” and “winning” in a Theatermania review of its New York run some years ago featuring creator Lori Fischer. “The book, music and lyrics are alive with a homespun charm that is deepened by the constant presence of an honest, keenly felt humanity,” the review said. Aurora’s Ann-Carol Pence, who music directs, says it affected her “so deeply because the show speaks to the ache we all have to part of a community.” Justin Anderson directs. More details HERE. Chloe Kay is diner proprietor Barbara Jean — and seven other characters — in this two-actor musical. (Photo by Casey Gardner)

The West Midtown company is calling its fall shows as “a Theatrical Online Experience.” The highlights include a new-play reading, a weekly monologue series and a one-woman show. For the monologue series the Express commissioned short-form solo pieces from three young Atlanta playwrights. More details HERE. October 8-22 — Monologue Series. Includes you are going to do amazing things by Quinn Xavier Hernandez (October 8), Toward Joy by Amina S. McIntyre (October 15) and Spongebob Spectrum Pineapple People by Avery Sharpe (October 22). All are free.

Amazing things follows a young father who records a message for the newborn daughter he’s given up for adoption; Toward Joy features a woman on the cusp of a restorative journey and pondering the need for joy in the world; and Spongebob Spectrum ponders what a trip to Mellow Mushroom, drunk-watching Lovecraft Country and a certain sponge who lives in a pineapple under the sea have in common.

November 11-25 — Neat. Obie Award-winning playwright Charlayne Woodard tells the story of her cherished, somewhat older Aunt Neat, a woman whose simplicity, love, energy and tenderness made a profound impact. Ticketing information for this run will be available within a few weeks.

The 23-year-old Midtown company welcomes fall with four one-woman shows from, respectively, Terry Burrell, Danielle Deadwyler, Lucy Smith and Sherry Jo Ward. Burrell’s Backstage and Other Stories is entirely virtual. The others offer a choice of on-screen viewings and in-theater performances (for a physically distanced salon audience at about one-third of the venue’s capacity). In-theater performances are subject to the whims of Covid-19. The shows line up like this (more details HERE) October 5-24 — Backstage and Other Stories. On-screen only. After a lifetime on Broadway and regional stages, Terry Burrell (Ethel at the Alliance Theatre, Lady Day at Emerson’s Bar & Grill at Theatrical Outfit) spills the tea in what’s described as a joyful, sassy musical. Virtual viewing party and happy hour at 8:30 p.m. October 8. The great S. Renee Clark directs and music directs.

October 7-11 in theater, October 12-25 on-screen — Stiff. Written and performed by Sherry Jo Ward, an actor who has Stiff Person syndrome, a rare degenerative disease that slowly inhibits her mobility. It’s most definitely not an evening of doom and gloom. You should expect to laugh. Virtual viewing party and happy hour at 8:30 p.m. October 15.

October 22-November 30. World premiere. Pearl Cleage, the Alliance Theatre’s playwright in residence, wrote this family show inspired by the 2010 book Sit–In: How Four Friends Stood Up by Sitting Down by Andrea Davis Pinkney and Brian Pinkney. It celebrates the power of young people to change history and is appropriate for all ages. The show features civil rights anthems and new freedom songs, with original music by actor-musician Eugene H. Russell IV. Los Angeles-based director, writer and producer Mark Valdez directs. It will stream on the company’s Alliance Theatre Everywhere network. Single tickets will go on sale soon. More details HERE. Those of us with longer (older) memories fondly recall Soul-stice Rep, which produced an annual repertory of classics (The Seagull, Long Day’s Journey Into Night, The Importance of Being Earnest, Great Expectations, A Streetcar Named Desire, Death of a Salesman) in the BackStage space at 7 Stages from 1992 to 2002. Five days ago, it trumpeted its return as a 2.0 version on Facebook. It was called “Soul-stice” because its shows were staged each December, during the winter solstice. Heidi McKerley helped lead that effort and returns now, along with husband Jeff McKerley.

The 28-person 2.0 company gets to work with a Zoom benefit October 16-18 that will feature readings of Lorraine Hansberry’s A Raisin in the Sun, directed by Patdro Harris; Shakespeare’s Much Ado About Nothing, directed by Jeff McKerley; and Anton Chekhov’s Three Sisters, adapted by Sarah Ruhl and directed by Heidi McKerley. Each begins at 7 p.m. More details HERE.