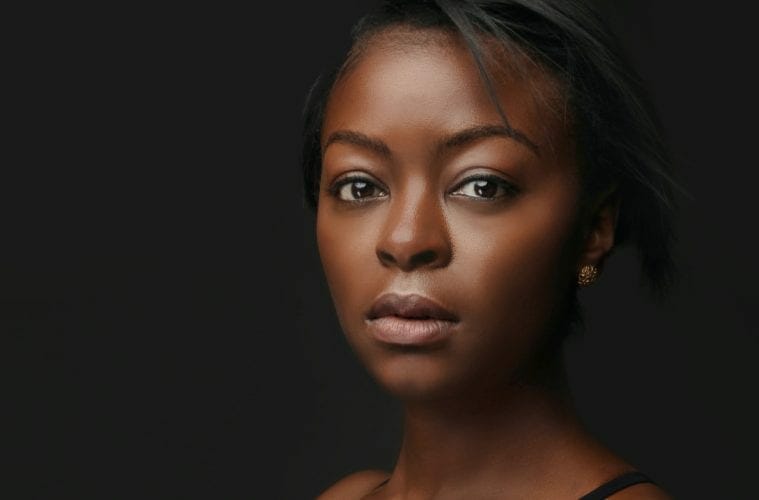 Creative in Residence: Performer Danielle Deadwyler and the practice of exhaling

Danielle Deadwyler was ushered into my universe in June 2018 because of Angela Davis Johnson’s Blu Blak, her solo exhibition at MINT Gallery. For a small, curated gathering during the run of her show, Black women were invited to come be still, be in company and be in care. Over the course of a few hours, we sat in a circle, in a dimly lit gallery, meditating, checking in and, at one point, sharing the visual landscapes of our most recent dreams. It was at this gathering that Deadwyler used a pen and paper to mark every exhale she heard while each woman talked. Nearly two years later, I spoke with her about her relationship with movement and stillness, how her personal practices influence her creative practice and what she’s working toward. I asked her about the significance of marking our breaths and how she recognizes that undercurrent in her present life, in this moment, a circle completes itself.

Throughout her career as a theater, film and TV actor (The Haves and the Have Nots, Watchmen) and performance artist (Creative Loafing’s 2017 Best of Atlanta Reader’s Pick, a 2019 Artadia Atlanta winner), Deadwyler has been drawn to spaces that call for one to lead with the body in response to internal or external necessity. “I have found sweeping to be a meditative process for me [when I need to work through something] because it’s a way for me to see immediate change through physical movement,” Deadwyler says.

As she dances through multiple mediums in her career, there are two constant threads in her conceptual foundation: using physical movement to create swift and impactful changes to one’s environment, and zooming in on and challenging others’ notions of physical presence, specifically highlighting whose presence is being overlooked.

So what then does it mean for this Black woman, who has such an intimate and effortful relationship with movement, to grapple with integrating that intentionality with stillness? What does it mean to affect the structure and makeup of one’s environment by removing the labor it has systematically relied on to sustain itself, even in feigned ignorance?

These questions present themselves at a time when the crashing halt of routine has called us all to intense stillness and intentional presence as we fight the long history of decisions and structures that have led us to this moment. Without the usual distractions, we are made aware that not only are our feet injured, busted and bleeding, but the foundation of our daily lives relies on our ignorance of the vast, rich experiences of those deemed unworthy to be seen. As we work to restructure our notions of self, purpose and honoring space while becoming clearer on how our individual movements affect the collective, it could be helpful to pay attention to the “disturbing disturbance that is not a hawk nor stormy weather, but a dark woman.”

Sitting on the floor of Deadwyler’s studio with her as she braids hair weave around gnarled tree branches in preparation for new work she’ll show next year, the conversation bounces between her use of anonymity as amplification and what we can find in the secret life of plants. In her 2015 series MuhfuckasNevaLuvdUhs: Real Live Girl, Deadwyler wore a mask that covered her head and neck with a long, platinum blonde ponytail attached to the back. “I am a part of the Chorus,” she says. “We are all in community, but the Chorus is the collective intuition, energy. That was the reason for the masks. I am trying to bring attention to a number of experiences that could be mine or yours or theirs.” Danielle Deadwyler played a young woman with HIV in a 2009 staging of “for colored girls who have considered suicide / when the rainbow is enuf” with True Colors Theatre Company. (Photo by Horace Henry)

Following this moment is a range of giggles, wild hand gestures and sharp changes in volume as we cross many tributaries until we land on the cyclical nature of growth. Deadwyler muses about her amazement at a lily she has, realizing it’s dropped a seed into the soil, and acknowledges the self-referential nature of the plant life cycle to her own necessity for return, to discover, to remember, to learn, to be born.

Deadwyler is clear about what her presence represents. Yet she still grapples with navigating a particular middle space — between enacting movement to change what others see and seeking stillness to create awareness of the unseen — which may be less about a final destination and more about a relationship with the cycle of growth. When a return to the soil is needed, she instinctively follows.

This story is Part 2 of our four-week “Creative in Residence” series with a guest editor. This story was assigned by Floyd Hall, a prominent writer, producer and documentarian. The series returns next Thursday.