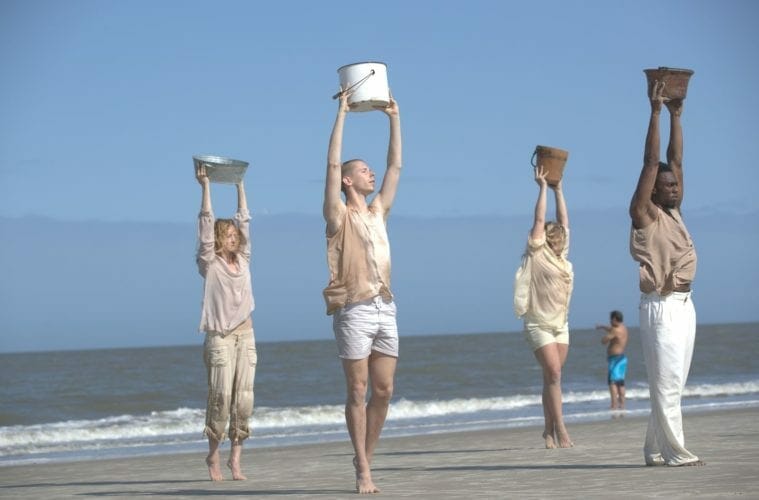 Core Dance will again participate in the National Water Dance Project during its upcoming season, in addition to traveling to Poland and the Czech Republic. (Photo by Simon Gentry)

Core Dance has received a $400,000 gift from an anonymous donor that will aid the contemporary dance organization in producing its 42nd season, which kicks off in September. The donor provided the funds specifically to support the artistry and creative direction of Sue Schroeder, co-founder and artistic director of Core Dance.

“It’s super exciting that someone has stepped forward to say, ‘We believe in what you do,’” Schroeder said. “It’s giving me the space to say, ‘What is the work I want to create? And who are the artists I want to get behind?’”

Part of the donation will be used to create JOLT, a multidisciplinary immersive arts experience Schroeder is developing. Additionally, the gift will support the creation of two film projects — international collaborations in France and Poland — as well as the commissioning of five video installations for Core’s REEL Art Film Series Movements. 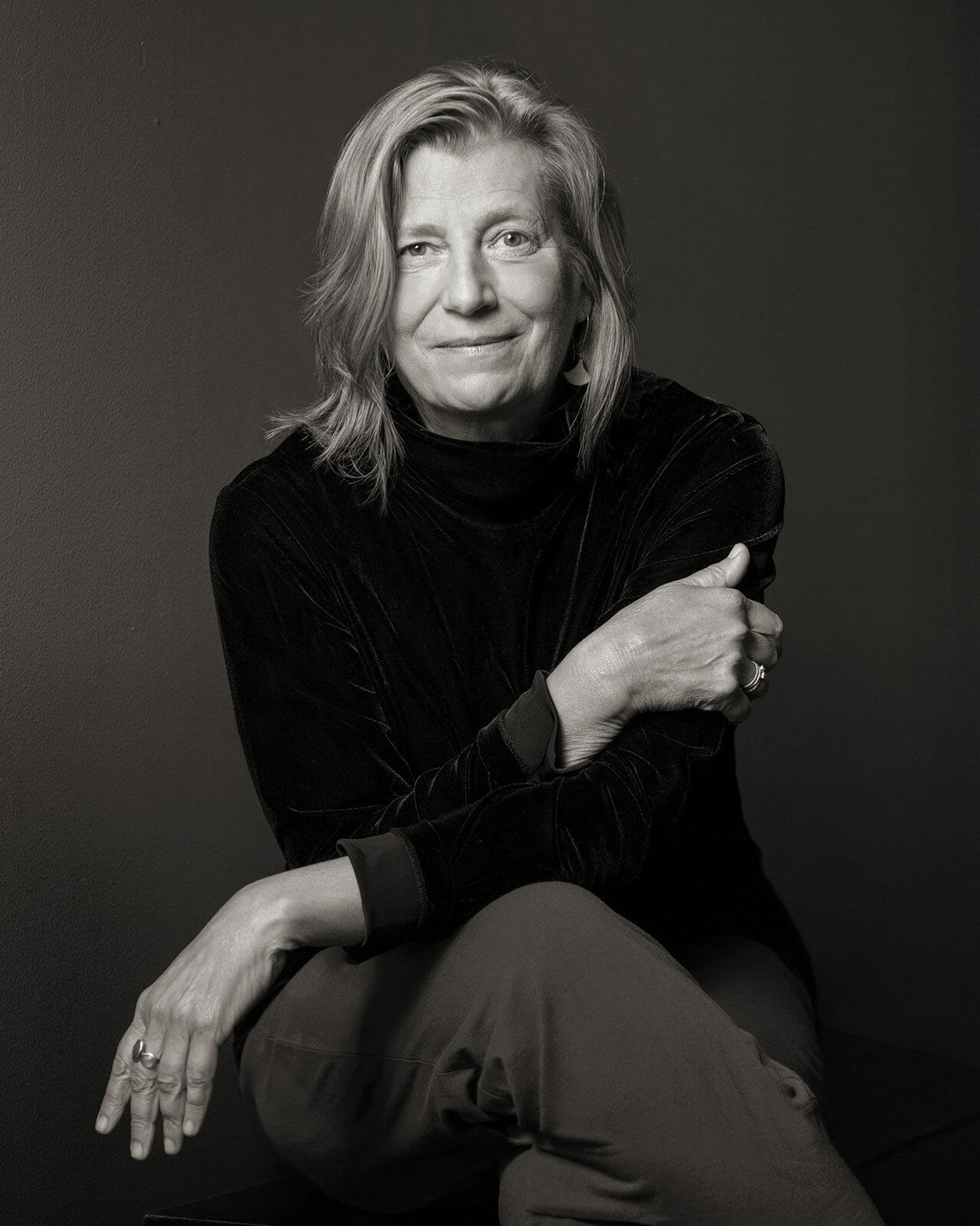 Core Dance’s Sue Schroeder says the $400,000 gift will have significant impact on her freedom to create. (Photo by Jerry Siegel)

“Our 41st season fell during Covid, so we didn’t get the oomph that we would have gotten if we were live,” Schroeder said. “So it’s really great that this donation is coming in our 42nd season. I’m humbled and utterly touched by what will be made possible through this support.”

Core Dance’s upcoming season will include performance offerings, lunchtime chats, video installations, summer intensives and classes. Throughout the season, Core’s artists will tour, making stops in Arkansas, Poland and the Czech Republic and participating in National Water Dance 2022. While the hope is to hold all of these in-person, safety precautions will be taken in the form of limited attendance, mandatory mask use while inside and temperature checks upon arrival.

The season will officially kick off on September 1 with the screening of Together, a film originally created by Schroeder and Adam Larsen for yMusic and Town Hall Seattle. Together will run through the end of September and serve as a precursor to the five commissioned video installations, all of which will be screened in the windows of Core Dance’s studios near the MARTA station in downtown Decatur.

Each installation will run four to six weeks, from October through May, and will also feature works by Christian Meyer, Felipe Barral, Jennifer Scully-Thurston, Adam Larsen and Douglas Rosenberg. Around the opening of each film, Core will host a watch party on the Decatur square, starting with a screening of Together on September 3.

At the end of October, Core Dance will open its studios for a Salon, with the hope of presenting it in-person. Schroeder described Salons as a place where ideas are conceived, gestated and hatched. “It’s really a deep conversation with the artists about their process, the work they’re developing,” Schroeder said. “It’s not all talking though — they’re showing work and they’re sharing ideas.” This season’s Salon will feature works-in-development by Walter Apps and Laith Stevenson, both Core Dance resident artists.

In March, Core will host the primary tour dates of a work titled TRY by Ishmael Houston-Jones, an award-winning choreographer, performer and author. TRY encompasses dancing, experimentation and learning, and attempts to shift the way race and masculinity are considered in today’s society. 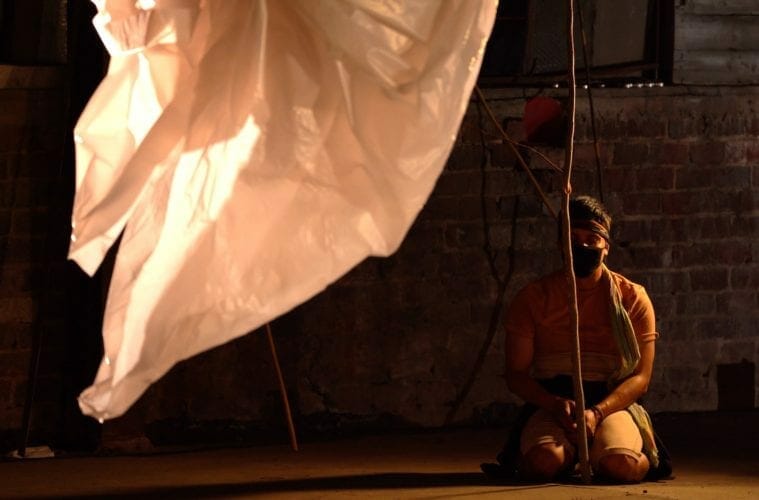 Core Dance premiered “No Time To Lose” at the B Complex in March. The piece will be offered again, in Poland, next spring. (Photo by Felipe Barral)

The upcoming season will also see the Core Dance artists continue a longstanding tradition: touring. The artists will take part in a residency at the University of Central Arkansas, much as they did last year with performances of Schroeder’s Nevertheless, She Persists at the university and the Crystal Bridges Museum of American Art. They will also participate in National Water Dance 2022; that will mark Core Dance’s sixth time participating in the alternating National Water Dance and Global Water Dances initiatives, the most recent of which saw them travel to Hawaii. Finally, the artists will make stops in Europe to perform two different works in two different countries: 19th Century (wo)Man: A Contemporary Intervention, a collaboration between 12 artists, in Prague and No Time to Lose, a work by 11 artists that initially premiered in March at the B Complex.

Core Dance’s well-established Lunchtime in the Studio is also set to return this season, hopefully in-person, with the first of four sessions taking place in September. Schroeder described Lunchtime as a way for Core Dance artists to “demystify” what they do.

It’s a lineup that offers Atlanta residents a chance to make connections, have conversations and witness unique artmaking, which, after the past year, seems much needed. And while the offerings are back in-person for now, Schroeder said Core Dance is committed to streaming all of them online after realizing how much its audience has expanded into the virtual realm due to the pandemic. “The season has spread itself out in a beautiful way,” Schroeder said. “We have a lot of offerings intended to support our artistic community.”