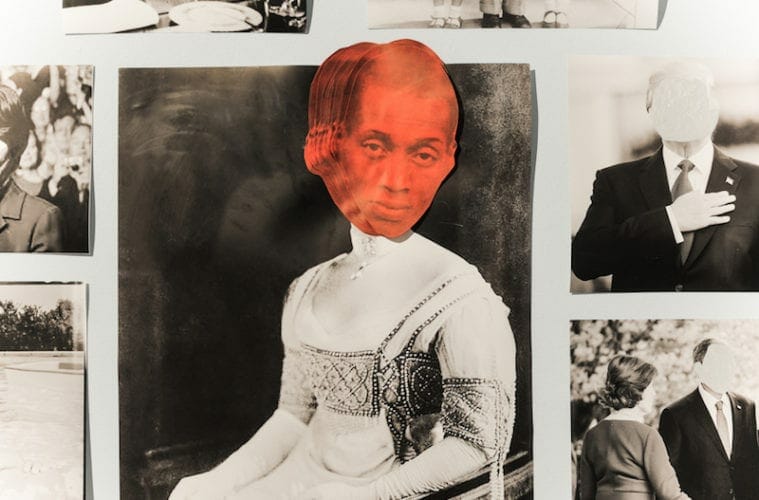 Multimedia artist Yanique Norman and multidisciplinary artist Zipporah Camille Thompson are the 2020 winners of the Artadia Awards. Each will receive $10,000 in unrestricted funds from the Brooklyn-based Artadia, a nonprofit grantmaker and national community of visual artists, curators and patrons. It supports visual artists with merit-based awards plus a lifetime of program opportunities. This is the eighth year it has recognized Atlanta artists. Norman’s work is in the collections of the High Museum of Art, Hammonds House Museum and Clark Atlanta University Art Museum. Her work interrogates certain nationalistic ideologies by defacing the historical portraits of U.S. first ladies. Their familiar heads are zombified and given infected crowns, then blackened with mugshots of incarcerated women of color.

Norman, who was born in Jamaica, has a B.F.A. from Georgia State University and an M.F.A. from the School of the Art Institute of Chicago. She will be part of the 2021 Atlanta Biennial at Atlanta Contemporary (February 18–May 30).

Thompson is a visual artist and sculptor who explores the body, otherness and identity via hybrid landscapes. Sculpted shape-shifters symbolize bodies in crisis — Black, Brown, womxn, queer and cosmic bodies as well as land and water. She blends ceramics and textiles with found objects, embracing chance, chaos and fluidity. The Atlanta Artadia Awards are open to artists working in any visual media, at any stage in their career, who have been living and working within the 24 eligible counties for a minimum of two years. This year’s other finalists were Grace Kisa & Maurice Evans for their NU AFRICANS Project, Artemus Jenkins and Jamele Wright Sr.

Thompson and Norman, said jurist Lauren Tate Baeza in a statement, each have exciting and conceptually strong bodies of work that are ripe for even further exploration and development at this stage in their respective careers.”