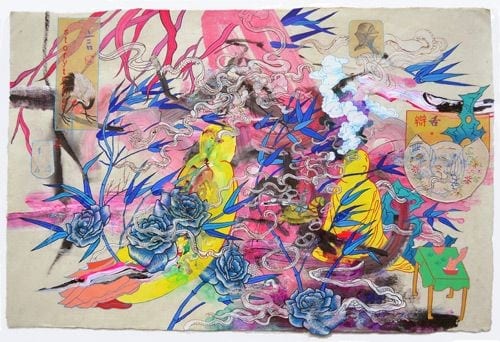 Laura RelyeaNovember 4, 2016
Art+Design
If you enjoy this story, or the other stories you read on ArtsATL, we encourage you to donate to our annual fund. By investing in ArtsATL, you are investing in the arts in Atlanta.

Artadia: The Fund for Art and Dialogue, has announced the two recipients of its 2016 Atlanta Awards: Jiha Moon and Cosmo Whyte. Other nominees included Kelly Kristen Jones, T. Lang and Zipporah Thompson. Moon and Whyte will receive $10,000 in unrestricted funds as well as access to the ongoing benefits of the Artadia Awards program. 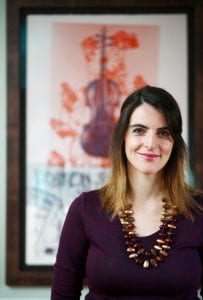 “Jiha Moon does maximalism in the best way, saturating her painting and ceramics with signs and symbols that go in many exciting directions,” said Jentleson. “The source she draws on, from Southern face jugs to Korean norigae are so diverse, allowing for work that is both humorously and seriously engaged in confrontations with the absurdity of our globalized, hyper-technologized society and the many cultural misunderstandings it nurtures.”

“Cosmo Whyte carries memories of home with him wherever he goes,” said Fuller. “In our studio visit we spoke of how a place is depicted so far away in proximity, however so near to your heart. His work unpacks the complexities of growing up within colonialism and maintaining identity. It is both highly personal and specific to each of us.”

This is the fourth time the bi-annual awards have been presented in Atlanta. The 2016 finalists, along with Whyte and Moon included Zipporah Thompson, T Lang, and Kelly Kristen Jones. This year over 188 applicants living in Greater Atlanta submitted.