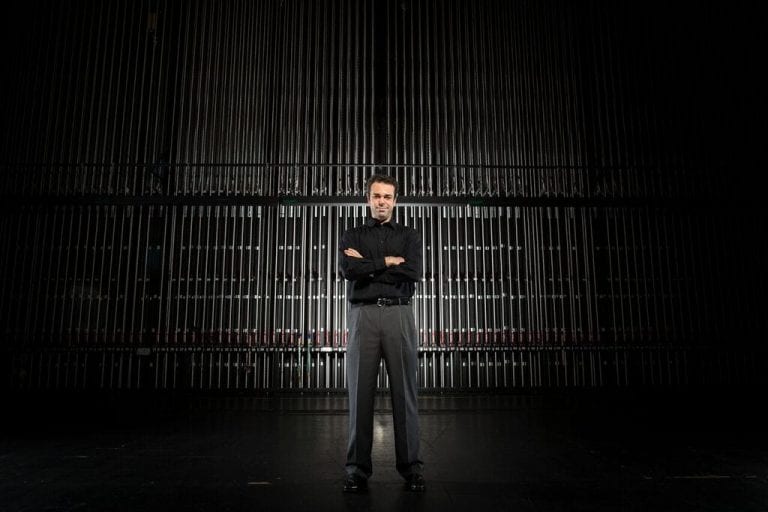 The Atlanta Opera's Tomer Zvulun has raised the company to new heights. (Photo by Jeff Roffman)

The Atlanta Opera continued to solidify its core foundation this week when it reached a three-year agreement with the union that represents musicians in its orchestra.

The collective bargaining agreement with the Atlanta Federation of Musicians extends until June 30, 2019 and was a central part of the opera’s strategic plan for the coming years. “As The Atlanta Opera continues to expand, the role of the orchestra becomes even more critical,” said Tomer Zvulun, the opera’s general and artistic director. “The orchestra has seen a tremendous improvement in the past few years under the leadership of Maestro (Arthur) Fagen. Our growth from 12 performances in 2013 to 25 performances in 2016 provides the musicians more opportunities to perform, rehearse and spend more time making music.”

Zvulun said in a prepared statement that the healthy relationship between management at the opera and the musicians in the orchestra is “a great source of pride.”

William Johnston, the orchestra’s principal violist and chair of the musicians’ negotiations committee, echoed Zvulun’s thoughts. “The musicians are very pleased to have reached this agreement with management in a spirit of cooperation,” he said in a statement. “We are proud of the growth the company has experienced over the past few years under Tomer’s leadership, and look forward to bringing even greater operatic experiences to our wonderful Atlanta audiences.”

Zvulun’s arrival has marked a new era for The Atlanta Opera. Former general director Dennis Hanthorn raised the professional level of the company, and moved the opera from the ill-fit of the antiquated Boisfeuillet Jones Atlanta Civic Center to the Cobb Energy Performing Arts Centre. At the same time, Hanthorn had to drop the number of annual productions from four to three, and the company’s financial status was so precarious that Hanthorn once lamented, “If we have one mistake, it’s over.”

The company was put on firmer financial ground in 2011 with a surprise gift of $9 million from the estate of Barbara D. Stewart.

After Hanthorn’s abrupt departure in 2012, Zvulun was hired and has worked to reshape the company. The Atlanta Opera now performs four large-scale shows a year, along with two “Atlanta Opera Discoveries” productions in smaller, more intimate venues. Zvulun has also moved the company away from staging safe classics to incorporating edgier, more modern operas such as last season’s successful Winterreise and Soldier Songs. This season, a five-night stand in February of Maria de Buenos Aires in Le Maison Rouge at Paris on Ponce is already sold-out.

Fagen, whose tenure as the opera’s music director, has spanned both eras, said the agreement will allow the company to build on the momentum that Zvulun has generated. “As we have grown to four main stage productions per season, the new agreement will allow us to collaborate in new ways,” he said in a statement. “It allows us to put the highest quality of work in front of Atlanta audiences for years to come.”