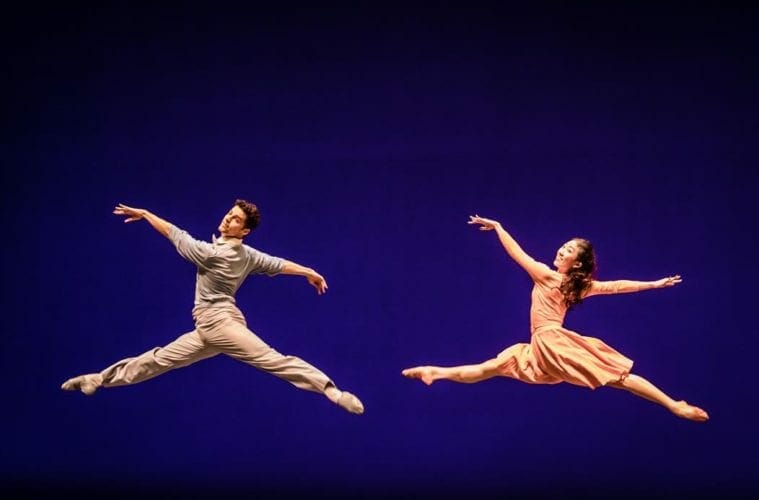 Year in Review: Dance companies struggled to soar during 2020 pandemic

The 2020 pandemic of 2020 impacted the city’s dance community with special force. Because dance demands close physical interaction in both rehearsal and performance, the age of social distancing was not kind.

Atlanta Ballet was hit especially hard. It only staged one production in 2020, lost the cash infusion brought in by its annual run of The Nutcracker and got called out on social media for its lack of diversity on stage.

While the intent was admirable, Rhoden’s hard-driving vocabulary rarely found a groove with the gospel-fueled score. There was also disconnect between the dancers, mostly White and classically trained, and the African American history and culture the piece tried to convey. Jordan Leeper, one of Atlanta Ballet’s few company dancers of color, stood out in the piece and infused the work with deep connection to ancestral history. It would turn out to be the company’s only program of 2020.

In the midst of the pandemic and during the Black Lives Matter protests, the ballet was called out on social media for its lack of diversity on stage. It was revealed that two of Atlanta Ballet’s three Black board members and its top Black administrator resigned in protest in 2018 because they believed the ballet leadership was not committed to addressing the lack of racial and ethnic diversity in dance corps.

“We all know that ballet has a painful racist past, but it also has a racist present,” said Celeste Pendarvis, special events manager for the ballet from 2015 to 2018. “I thought my silence would protect Atlanta Ballet from backlash, but I’ve learned from watching the brave protests around the world that voice makes change.” Atlanta Ballet’s Arturo Jacobus says his top goal is keep the company whole and intact until the pandemic passes. (Photo by Charlie McCullers)

Until the Ballet promoted Nadyne Bispo into the main company this past fall, the company had not had a Black female dancer since 2017.

The issue is not unique to in the mostly White world of ballet, but is especially pronounced here because more than half the city’s population is African American. The New York Times and other publications have written stories about the lack of Black faces on stage in an art form that comes from White European traditions.

Artistic Director Gennadi Nedvigin said the company is actively looking for Black female ballerinas. “I understand and agree that it’s important to have a company that reflects a city,” he said.

The ballet also found itself struggling financially from the pandemic. The company was supposed to stage a version of the classic Giselle at the Cobb Energy Performing Arts Centre beginning March 20, and then the pandemic arrived and the rest of the company’s 2020 programming was canceled. The ballet projected a loss of more than $3 million for the year after having to cancel its annual 30-show run of The Nutcracker.

“We’re going to try to make up the gap with philanthropic donations to keep the company whole,” Atlanta Ballet President and CEO Arturo Jacobus told ArtsATL in August. “That’s my No. 1 priority: to keep the company whole and intact, and to come back in spring and be ready financially for 2021-22. If we can perform The Nutcracker in the fall of 2021, and we can do a full season, we’ll have a smaller budget but we can make it.”

Atlanta Ballet’s financial challenges echoed what every dance company, large and small, faced in 2020 and now into 2021. “Everybody is dealing with the same thing,” Jacobus said. “It’s going to have a huge impact on the entertainment and arts industry. The damage that will have occurred to these organizations is not easy to repair once it’s OK to come back.”

The company has announced a modified spring season of three shows, beginning with a program in February at Cobb Energy. But with the pandemic now raging across the country, it appears likely those plans will be postponed.

Terminus Modern Ballet Theatre staged Modern Myths at the Kennesaw State University Dance Theatre the weekend before the shutdown in March. It featured Tara Lee’s Under the Olive Tree and Heath Gill’s Horizons, which originally debuted as an outdoor piece and was re-imagined for the indoor stage. Both pieces affirmed Terminus’ rising reputation as the creative epicenter of modern ballet in Atlanta.

The company had planned to debut a world premiere work by Ana Maria Lucaciu, Long Ago and Only Once, in the spring. When that became impossible, the company opted for a filmed performance that was offered as an online pay-per-view. The theme — waiting — was apropos for the times and fell very smartly into Terminus’ storytelling aesthetic. Terminus takes a cinematic journey for its version of “A Christmas Carol.”

The experience of watching the dance performance on film was a bit jarring at first; rather than settling in to a fixed position as normal, a viewer’s eyes were forced to follow the camera as it leapt from one viewing perspective to another. But once one adjusted to that, the camera was able to provide the kind of lush intimacy that is impossible at a live performance.

Terminus closed the year with another original work on pay-per-view that embraced the full cinematic possibilities of  film. The Christmas-themed Marley Was Dead, To Begin With. was not only a high water mark for Terminus as a company, it was the best dance production of 2020 in Atlanta.

Christian Clark gave a tour de force performance as Scrooge, and was matched step by step by Laura Morton as the vastly re-imagined Marley. The show featured surprise appearances by Chris Kayser (who starred as Scrooge at the Alliance Theatre’s annual “A Christmas Carol” for 17 years) and Tess Kincaid, one of the city’s most accomplished actors. It was filmed by Felipe Barral.

Marley Is Dead, which will be available on pay-per-view until January 22, succeeds on every level. It has the chance to become a beloved Atlanta holiday tradition.

DANCE IN THE TIME OF PANDEMIC

The first big dance event of the year was the Moon Dust program at the Kennesaw State University Dance Theater, which featured a virtual reality collaboration with the school’s computing and software engineering departments. Moon Dust, choreographed by Ivan Pulinkala — the dean of the College of the Arts — explored the mystery of life after death based on accounts of near-death experiences. It also featured Bones, another premiere that was choreographed by Lisa K. Lock, an assistant professor of dance at KSU.

The pandemic not only ended indoor performances, it ended in-person rehearsals for much of the year.

Many dance companies rehearsed via Zoom and even shifted their student classes to online sessions. And the few that continued to offer performances shifted to virtual theaters and film. The National Water Dance Project, which coordinates performances around the nation on one day every other year to bring awareness to the climate crisis, shifted to a virtual forum. Three local groups — Core Dance, DanceATL and Burning Bones Physical Theater — participated in the April 18 performance.

Core dancers had planned to perform on the Georgia coast. Instead, each dancer performed pieces titled Dancing for Our Lives from their homes via Zoom.

In September, glo did an outdoor presentation of lost loose and loved in Midtown. Floral fragrances wafted through the evening air as movement artist Mechelle Tunstall and clarinetist Laura Ardan traveled around a grove of trees on a grassy slope dotted with patches of orange, gold and magenta wildflowers. The work’s DNA is in choreographer Lauri Stallings’ 2015  And all directions I come to you, a rambling work set in New York City’s Central Park. Unlike Central Park’s wide-ranging North Woods, the 17th Street Midtown lot was wedged between steel and concrete buildings that line traffic-filled Peachtree Street and West Peachtree Street.

In this space, Stallings’ team captured the dissonant reality of trying to produce social art in an era of social distancing. Tunstall’s movement evoked at times a sense of deep weariness — its angular gestures and polyrhythmic pulses often soft and internalized. At other moments, she riveted her focus to the videographer’s camera lens as if it were her sole means of human connection — another comment on our times.

As America’s violent history with racism continued to surface in 2020, T. Lang’s virtual December multimedia art installation Out From the Deep: A Meditation for Them Turners unearthed a brutal past and its lingering trauma, then offered a path toward healing. Lang explored the 1918 lynching of Mary Turner near Valdosta after Turner publicly objected to her husband’s murder. She was eight months pregnant. Lang helped set a healing tone by airing the online premiere on a Wednesday evening — traditionally Bible study night for many, especially people in Black church communities.

In the work’s meditative score, sounds of scratched records, along with ragtime and blues music, seemed to penetrate decades of silence. Movement artists Morgan Amairah Burns and Xavier Lewis invited viewers into the married couple’s intimate life as sprinkles of color across the screen accented the couple’s invisible shared energies. In this space of trust, an account of the killing was narrated with an almost storybook tone. Finally, kaleidoscopic patterns in earth tones burst from the center of the screen to a hypnotic effect, like a continuous outpouring of truth and beauty that could transport the soul from darkness to light.