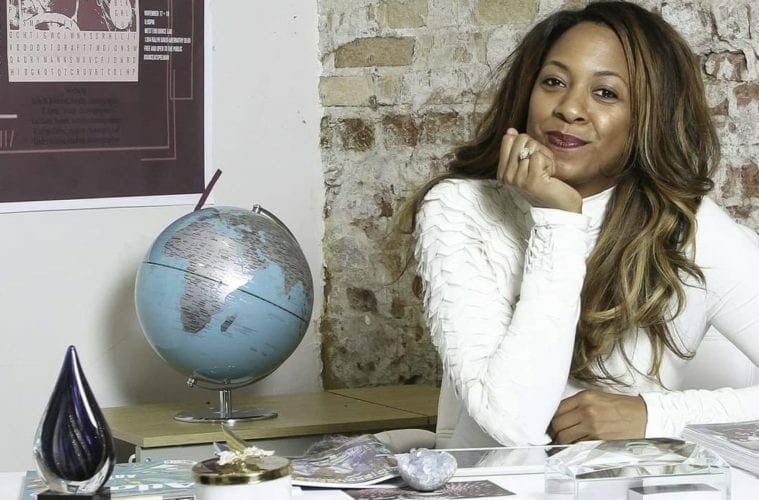 T. Lang's "Out From the Deep," was inspired in part by the 1918 lynching of Mary Turner in Valdosta. (Photo by Erica Abelard)

With virtual “Out From the Deep,” T. Lang explores the audacity to be present

Like many people who visit Alabama’s National Memorial for Peace and Justice, T. Lang — artistic director of T. Lang Dance and associate professor and founding department chair of dance performance and choreography at Spelman College — experienced cognitive dissonance when she confronted the barbarity of sanctioned violence against African Americans in the Jim Crow South.

“Walking through the memorial was overwhelming,” says Lang, who accompanied students to the Montgomery facility last fall. “The American truth is soiled. I had to disconnect because it was unfathomable that any human being could participate in, and justify, the taking of another person’s life. Apart from feeling anger and rage over such savagery, the lack of justice for the victims can make you come out of this world.”

Disengaging, however, was not an option for Lang. Instead, she reconciled her thoughts and emotions in a dance work titled Out From the Deep: A Meditation for Them Turners, which has a virtual premiere Wednesday (December 9). The performance is free, but advance registration is required.

The piece was choreographed on Morgan Amairah Burns and Xavier Lewis in homage to Mary Turner — who was lynched near Valdosta for “speaking unwisely” about the murder of her husband, Hayes. At the time of her death in 1918, the 33-year-old wife and mother was eight months pregnant.

Lang was haunted by Turner’s story for a year but says the impetus for honoring her memory was triggered by three events. The first was when a Kentucky grand jury cleared police officers in the shooting death of Breonna Taylor. The second was during the last vice presidential debate, when Kamala Harris’ raised hand and repeated phrase “I am speaking” — in response to Vice President Mike Pence’s incessant interruptions — became a battle cry and sparked a meme. And the third was the memory of U.S. Rep. Maxine Waters having to repeat the phrase, “Reclaiming my time,” during her now-infamous exchange with Treasury Secretary Steve Mnuchin at a House Financial Services Committee meeting. “I started thinking about how Black women are trained to shrink their brilliance, and the consequences for non-compliance,” says Lang. “I wanted to reimagine [women who have] the audacity to be present, heard and seen without threat. And I considered the distance between the fate of Mary Turner, for her ostensibly unwise remarks and [that of] Vice President-elect Kamala Harris, who had to insist upon being heard. Out From the Deep strains to hear what Mary Turner said, and build an archive of sayable expressions compatible with the blessed ordinariness of her life so that we can see it and not turn away.”

The multimedia art installation blends movement, film, virtual media, music, voiceovers, texts and essays written by Turner’s great-grandnephew. The streaming content can be viewed on digital platforms in 2-D. Visitors will have the option of using virtual-reality headsets for a more immersive, fantastical experience. The piece, which Lang envisions as a meditation to ready her viewers for the process of undoing and healing the vestiges of white supremacy, is the latest iteration in her experimentation with mixed-reality and Afrofuturism.

Even as she looks forward, Lang knows she can’t afford to lose sight of the past in her quest to reclaim Mary Turner’s narrative. In the process, the choreographer has been rethinking her decision to go by “T. Lang,” as opposed to her given name of Tracy Lang.

She adopted the gender/race neutral moniker in 2003 after seeing how inherent biases in her field privileged men over women and White colleagues over people of color. Her suspicions were confirmed when work submitted under “Tracy Lang” was rejected but picked up immediately when resubmitted under “T. Lang.” And, after participating in several panel discussions as T. Lang — where moderators would address her male dancers on the assumption that they had to be the choreographer or person in charge — her resolve to break social constructs was fortified. Lately, however, she’s starting to question whether her act of self-preservation is tantamount to self-sabotage.

“In the beginning, it was disappointing to be erased, muted and ignored,” she says. “Putting on the armor of ‘T. Lang’ allowed me to hold up a mirror to deflect microaggressions and protect myself. But I do not want to feel erased, or shrink my brilliance anymore. I created Out From the Deep as a virtual space that does not erase me or any Black bodies, where we can atone for past injustices. The point of my investigation/meditation/hypnosis is to find the cognitive courage to address Mary Turner’s dignity, celebrate her life and, ultimately, liberate her.”