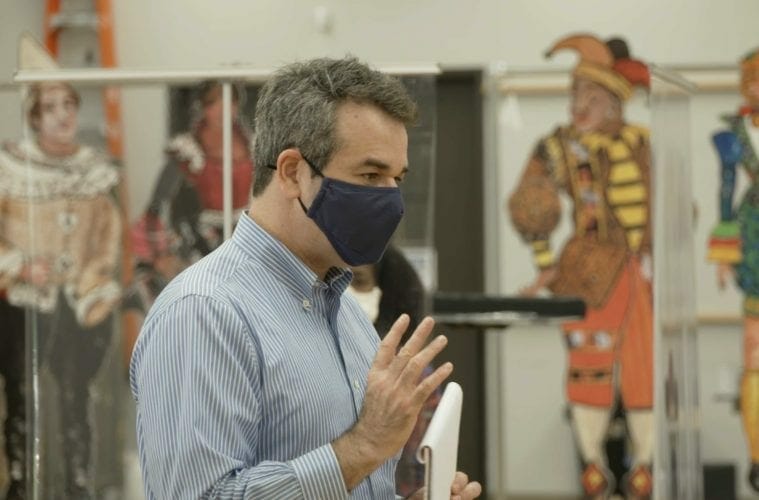 In Our Own Words: Tomer Zvulun, general and artistic director of The Atlanta Opera

Tomer Zvulun is the general and artistic director of The Atlanta Opera. Before joining the Opera in 2013, he spent seven seasons on the directing staff of the Metropolitan Opera. His work has been presented by opera houses, festivals and leading educational institutes and universities worldwide. (Photo by Felipe Barral)

Few of us walked into this year expecting a world pandemic, racial unrest, devastating fires, record unemployment, contested elections and murder hornets. My company, just like other performing arts organizations all over the world, dealt with a severe existential crisis following the cancellation of our season due to COVID-19.

Early on, it became clear to us that we would not be able to perform indoors. Closed spaces were no longer considered safe and we were forced to think outside of the box. We ended up building a huge circus tent where we would perform our productions in the fall of 2020. The tent was not only a practical solution that was deemed safer, it also represented an iconic symbol. It encapsulated the challenges of our time and the scrappy solution to them.

Across history, artists found themselves vulnerable when the world turned upside down. Whether it was a world war, a great depression or political turmoil, artists have always found a way to express their creativity and connect with the community. Pitching a tent by the railroad station, providing an escape in hard times and a respite from hardship, is almost a universal archetype. This idea of grit and perseverance despite all odds inspired my team and provided us with a certain ethos that carried us through these difficult times.

We often found ourselves telling each other an anecdote about the legendary violinist Itzhak Perlman. Perlman was to perform in Avery Fisher Hall in the ’90s in a major concerto. As soon as the concert started, a loud sound was heard. One of his strings popped and broke. The packed house was silent. Changing a violin string takes time and Perlman (who struggled with polio as a kid and was limited in his mobility) would have to get up and spend a few minutes changing the string. He made a decision then and there to keep playing with the strings he had left. It was an incredibly courageous and challenging endeavor. He had to improvise, go up and down octaves, recompose the score and reinvent melodies. The performance was riveting. He was on fire. At the end, the audience erupted into a standing ovation of long, sustained applause. Perlman thanked them and asked them to sit down. He then said to them: “You know, sometimes it is the artist’s task to find out how much music you can still make with what you have left.”

Individuals, artists and organizations all over the world were dealt with unfathomable challenges in 2020. In so many cases these restrictions propelled them to come up with unusually creative and inspiring ways to carry on. From Nutcrackers and Christmas Carols in drive-ins, through virtual galas on a phone and Wagnerian operas in a garage — the performing arts found out exactly how much music we could still make with what we had left.