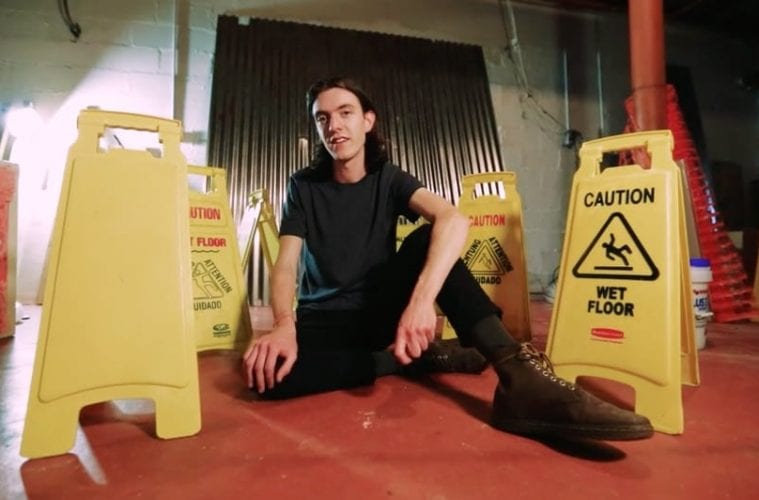 Jordan Stubbs, an emerging artist here in Atlanta, thinks that art needs to be a little less sacred.

“I appreciate the element of durability in my work,” he tells ArtsATL videographer Ethan Payne. “I believe in interactive works, tangible works, and I want work that can withstand being handled with or without care.” It’s this overarching philosophy that has led him to incorporate discarded objects and often-overlooked gadgets into his pieces: zip ties, doorstops, street signs and discarded trash is all — quite literally — up for grabs in his work. It’s his hope that by using such items he can “exploit the materiality” of them to “expose uncanny truths and quirks of human emotion.”

Here, Payne visits Stubbs at his two studios to talk about his work, which can be seen, touched, heard or smelled at the upcoming Hambidge Art Auction at the Goat Farm on April 23, at the Deer Bear Wolf 2nd Anniversary Show at Downtown Players Club on May 13, or at his forthcoming Leap Year solo show in the autumn of 2016.

Support for this series is provided in part by funding from the Forward Arts Foundation.