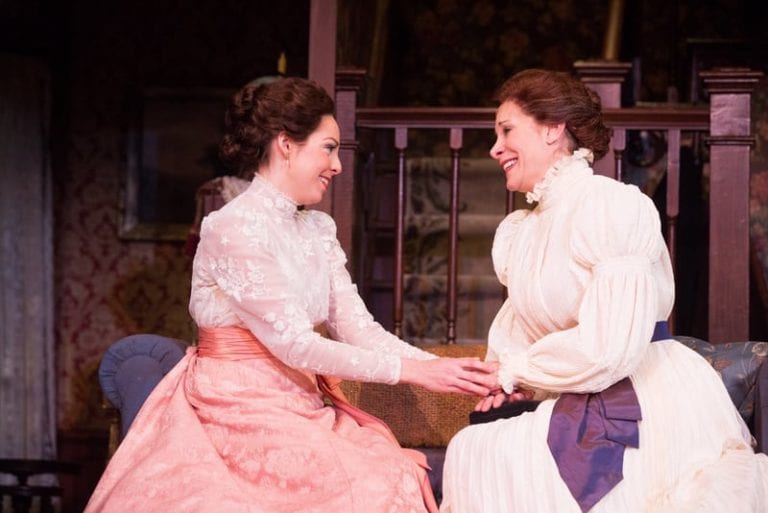 The Geller Girls was a 2014 success for the Alliance; the playwright, Janece Shaffer, returns with two new productions in 2016-17. (Photo by Jeff Roffman)

The Alliance Theatre announced the line-up for its 2016-17 season this week, a season that will be marked by big-budget musicals, world premiere plays and some intriguing new collaborations. The season will actually be the last that the Alliance presents at its current Woodruff Arts Center space.

In 2017-18, the theater will undergo a massive $22 million gut-and-rebuild, during which time the Alliance will produce its shows off-site at various Atlanta venues. The renovation is scheduled to be completed in time for the Alliance’s 50th anniversary season in 2018-19.

Meantime, the mainstage 2016-17 season opens August 18 with the world premiere of the big-budget Broadway-style musical comedy The Prom. The show tells the story of a female high school student who makes national headlines after her school cancels the prom rather than allow her to bring her girlfriend as her date. 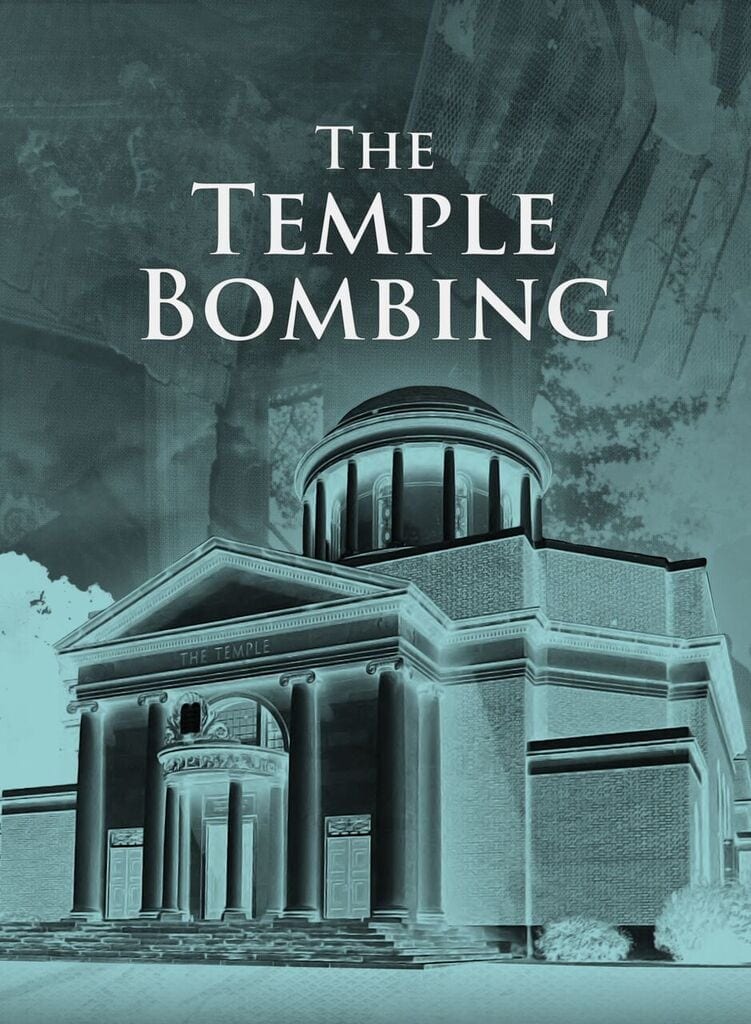 The creative team features Broadway talent Chad Beguelin (Disney’s Aladdin, Broadway’s The Wedding Singer) on book and lyrics, Bob Martin (The Drowsy Chaperone) on book and Matthew Sklar (The Wedding Singer, Shrek the Musical) as composer. The new musical will be directed and choreographed by Casey Nicholaw, who returns to the Alliance following his work on the world premiere of the Broadway-bound Tuck Everlasting last season.

Following The Prom, in October, the Alliance will present a new adaptation of Moby Dick, a version originally produced by Chicago’s Lookingglass Theatre Company. Critic Chris Jones of the Chicago Tribune said that the company’s production was “a truly superb adaptation” featuring “a tightly woven yet yearning script that courses to the center of the myth’s story.” The circus-infused company’s work was first seen at the Alliance in a 2010 version of Alice in Wonderland called Lookingglass Alice.

One of the Alliance’s most charming and popular world premiere plays of the past few years was Atlanta playwright Janece Shaffer’s The Geller Girls which ran at the Alliance in early 2014. The theater brings the playwright’s new work, a musical called Troubadour, to the stage in January 2017. Focusing on a family of country music stars in Nashville of the 1950s, the show will feature music by Kristian Bush of Sugarland and will be directed by Alliance artistic director Susan Booth.

2016-17 will apparently be a busy season for Shaffer: her children’s musical Cinderella and Fella will likewise have its world premiere at the Alliance in March 2017. The show, which puts a contemporary spin on the classic fairytale, features the musical contributions of Atlanta theater veteran Renee Clark.

The Alliance closes out its main-stage season with the world premiere of the drama The Temple Bombing by Jimmy Maize based on the book by Atlanta author Melissa Fay Greene. The show tells the story of the infamous 1958 bombing of Atlanta’s Hebrew Benevolent Congregation, the city’s oldest and most prominent synagogue.

The Alliance’s smaller downstairs black-box space, the Hertz Theatre, will also be busy during the 2016-17 season. In September, the theater presents the regional premiere of Ugly Lies the Bone by Lindsey Ferrentino, the only playwright who has been a two-time finalist in the Alliance’s Kendeda National Graduate Playwriting Competition. The New York Times called the play about a severely wounded female veteran of the war in Afghanistan a “bracing drama” that “confirms that Lindsey Ferrentino is a writer of dauntless conviction.”

Next season’s Kendeda prize winner is Jiréh Breon Holder, whose play Too Heavy for Your Pocket will hit the Hertz stage in February. It is a civil rights drama that examines the personal costs paid by two young black couples in rural Tennessee who participate in the movement. The annual award honoring outstanding work in a graduate playwriting program is judged blindly, so it’s somewhat surprising that Holder actually has deep connections to Atlanta and the Alliance. A Morehouse grad and a former Alliance Theatre Kenny Leon Fellow, Holder will soon be back in Atlanta as Emory University’s 2016-18 Fellow in Playwriting.

The Hertz Stage season also offers in March and April 2017 a new sketch-comedy show by comedian Mark Kendall of Dad’s Garage, The Magic Negro and other Blackity Blackness, as told by an African-American Man, who also happens to be Black. As the title suggests, the show gives a satirical take on stereotypical representations of African-Americans in the popular media.

Of course, the Alliance’s popular perennial production of Dickens’ A Christmas Carol returns (for the 27th time, no less) to the mainstage at Christmas, and during the season, Courtenay’s Cabaret: Home for the Holidays downstairs at the Hertz stars actress Courtenay Collins of The Geller Girls in an intimate evening of Christmas music and storytelling.

The Alliance will also feature family and children’s productions throughout the year starting in May 2016 with Pancakes, Pancakes!, based on the book by renowned writer and illustrator Eric Carle, presented in conjunction with the High Museum’s exhibition of the artist’s work, I See a Story. The show will feature music by Atlanta-based writer Phillip DePoy.

In September, toddlers get in on the fun with another production based on Carle’s work, From Head to Toe, part of the Alliance’s interactive Theatre for the Very Young series. The company’s hit children’s show Play the Play with Cat the Cat based on the book by Mo Willems and presented in conjunction with the High’s 2015 exhibition of the artist’s work, will return for another production in January 2017.

Slur, a world premiere play for middle schoolers written by Paidea teacher Greg Changnon in collaboration with his students, opens in November 2016. The show tells the story of Daisy, a middle schooler who finds a religious slur scrawled across her locker.

The Alliance’s Theatre for the Very Young series also includes some intriguing new collaborations. In May 2016, the Alliance teams up with Atlanta-based visual arts organization Dashboard and Atlanta dance company Fly on a Wall for Babies in Space! which will offer babies and toddlers up to 24-months-old a space-themed, interactive theatrical playscape. In March of 2017, the Alliance collaborates with the Fernbank Science Center to present Dinosaur!, a kids’ show about earth’s pre-historic inhabitants.

Courtenay’s Cabaret: Home For The Holidays

Too Heavy For Your Pocket

The Magic Negro and other Blackity Blackness, as told by an African-American Man, who also happens to be Black

THEATRE FOR THE VERY YOUNG

From Head To Toe

Play the Play with Cat the Cat