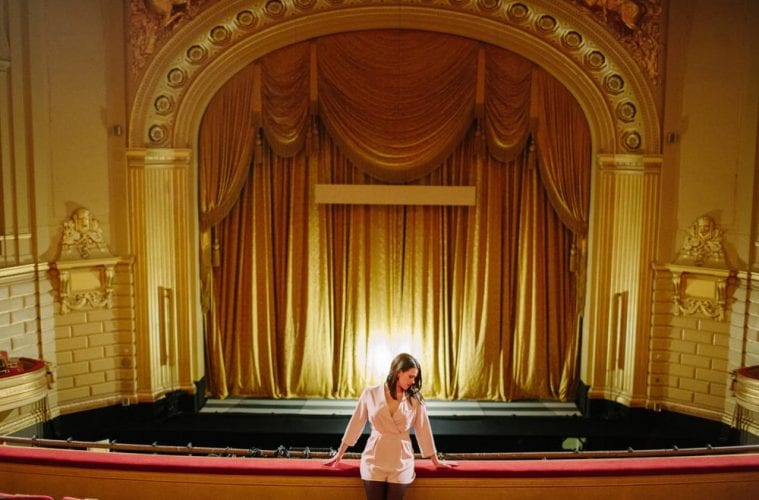 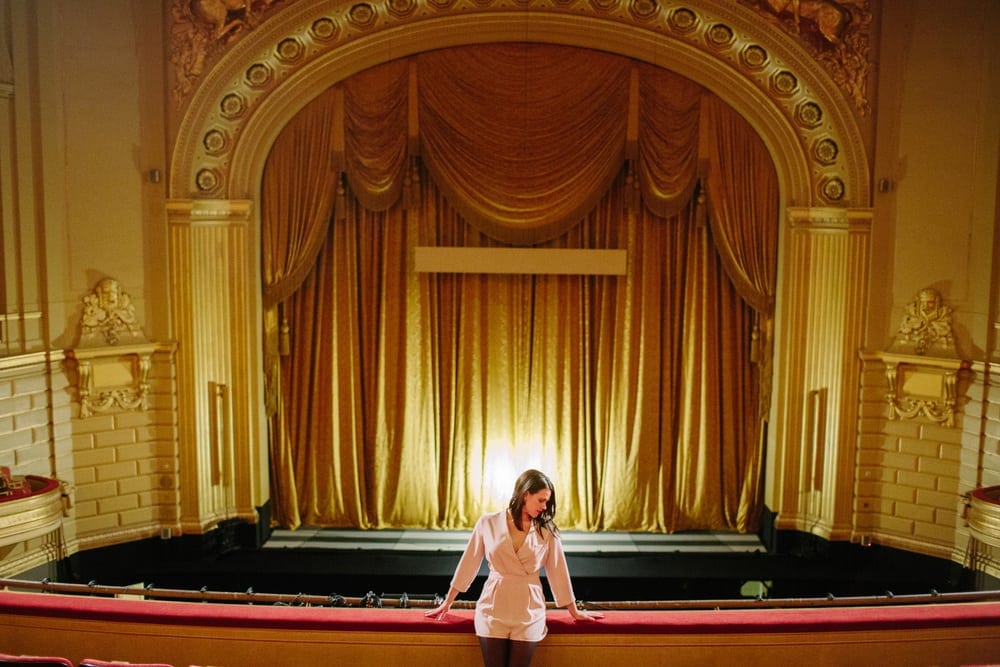 Maria Valdes is kicking off her career as a professional opera singer in high style.

Marietta native Maria Valdes is on the cusp of a dream. For three months, she’s been rubbing elbows with childhood heroes. Exquisite costumes, cut to her form, hang at the ready. And for the moment, she can pay her rent.

Passage into the world of a major opera company is not for slackers. It’s a given that Valdes can sing dozens of lines in perfect French. With little rehearsal, she knows her role, inside and out. She’s surpassed thousands of singers to win such a job; there’s just one catch: she’s not in the show. Maria Valdes is the cover for Lyric Opera of Chicago’s headliner, Susanna Phillips.

On a quiet morning, Valdes relaxes before taking a run; her easy grin says it all: she’s lucky to have come this far. At 25, she is gregarious and down-to-earth. She smiles a lot, which belies the serious work she’s done to get where she is. Her entrée into this production of Roméo et Juliette came through a last-minute cancellation. To learn the role, she took some 15 sessions with a voice coach, all out of pocket. Even between shows, she flew home to Atlanta for three more voice lessons. 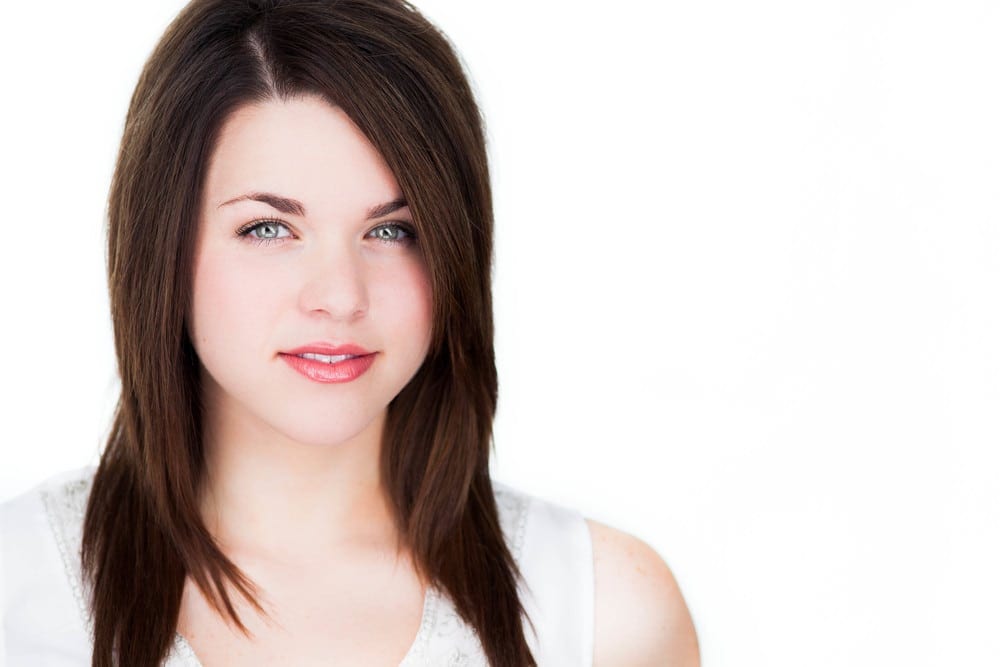 Valdes retains her home base in Atlanta.

A working opera singer never stops taking lessons. The human voice is delicate: opera singers don’t use microphones to fill a 3000-seat theater — it’s all done with their bodies. Different composers, different languages hit a singer’s instrument in unexpected ways. And the instrument itself is housed within the human body (it’s always changing).

The path of a young opera singer is a perilous one. According to Merola Opera Program executive director Jean Kellogg, over 1,000 people apply each year, 600 are awarded auditions, 29 get in. Maria Valdes was one of the youngest to become one of the “Merolini” at the age of 22 — a thrilling opportunity for a life riddled with uncertainty. “It’s like being in love with a person you know is going to make your life extremely difficult, yet you do it anyway,” says Kellogg.

Each year, only a handful of the Meronlini win one of the coveted spots in San Francisco Opera’s Adler Fellowship Program. Now at the end of her two-year residency at Adler, Valdes laughs at the irony, “That gave me extreme stability that I’ll probably never have again in my whole career.”

Programs like Adler pay a salary and provide the training and working experience that ready singers for the stage. In the real world, coaching sessions, voice lessons, head shots, accompanists and rehearsal space (not to mention plane tickets and lodging for auditions), all come out of pocket. To offset some of these expenses, Valdes manages to get a little career grant money from the Merola Opera Program. 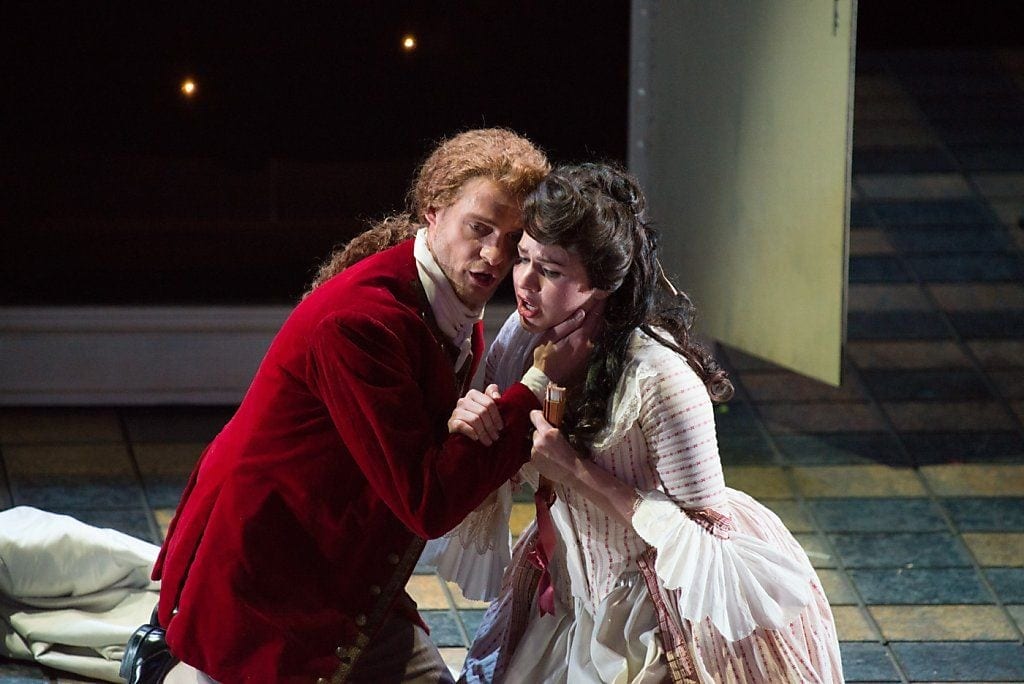 To be sure, there is a deep network of support behind every successful opera career. “The choral programs in Cobb County are actually phenomenal,” says Valdes. This is due in large part to former Atlanta Symphony Orchestra music director Robert Shaw, a legendary choral conductor who galvanized a generation of Atlanta singers, educators and directors. It was one of his former singers, Kennesaw Mountain High School teacher Patricia Jacobson, who heard Valdes sing. Valdes remembers her teacher saying, “Wow. You have a naturally operatic sound.”

Valdes was 14 at the time and recalls: “It was sort of a relief to me because my whole life I couldn’t really find a place for my voice. I liked singing pop songs, but it sort of didn’t fit.”

Valdes excelled in school choruses and in the Greater Atlanta Girls’ Choir. She also benefited from summers in the Governor’s Honors Program at Valdosta State University, all the while learning to sing in an ensemble setting. It wasn’t until she entered Georgia State University that she began to study privately with Richard Clement, who remains her teacher to this day. 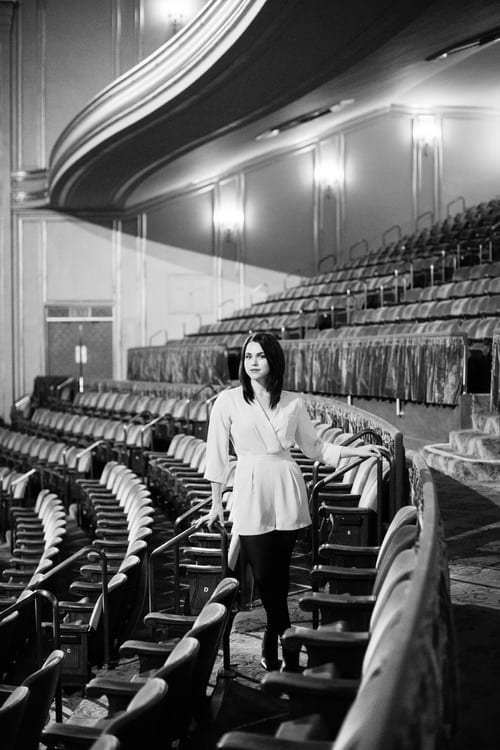 Valdes grew up with a support system inspired by ASO legend Robert Shaw.

Recently, she cleared another career hurdle when the major artist management firm IMG Artists passed over hundreds of other singers to give her a contract — but that does little to lessen the unpredictability of life as a freelance singer. In fact, she was looking at a gaping hole in her schedule when the call came from Chicago. Suddenly she had a three-hour opera to learn.

Singers are expected to get off the plane knowing their part cold. Covers learn additional elements (stage direction and notes from the conductor) by watching the principals rehearse. To help internalize the material, Maria Valdes and Jason Slayden, the Romeo understudy, walk through their scenes while the cast is off the set. At night, she laughs, “I’ll go through it with a recording and walk it in my room like a crazy person.”

Typically, a cover gets one formal rehearsal. The company personnel come out to see the fresh talent. When asked if that rehearsal felt like an audition, she’s pragmatic: “I think every time you sing, it’s an audition.”

One night, well into the opera’s run, Valdes came close to going on — headliner Susanna Phillips, who is six months pregnant, wasn’t sure she was up to the endurance test of finishing the show. Valdes’s phone rang at intermission. Within 20 minutes, she was outfitted with wig, costume and makeup. She stood in the wings until the end of the opera.

If Valdes was disappointed not to go on, she doesn’t admit it. “My goal for being an understudy isn’t to go on, it’s to learn the repertoire,” she says. “It’s kind of a safe space to try out the role, to learn it and to see people who are super experienced doing it.”

For all her early success, the ease and confidence projected by Valdes carry a touch of humility. Where the vast majority of singers never partake in the inner workings of a major opera house — she has. But this singer has her eye on the final ascent; traversing that yawning rift between perfect technique and art.

“Just being the textbook artist isn’t interesting,” she says. “It’s not interesting to an audience and it’s not interesting to someone who’s hiring you. There are so many more singers than there are jobs. You have to have the courage to show people what makes you unique, because a lot of times it requires vulnerability to really communicate. And that’s scary in front of 3,000 people.”

According to Valdes, you can’t cheat with a live audience. “People who know nothing about music can tell; most people have an innate sense about what is moving, what is powerful, what is authentic and they want that,” she says. “They come to the theater for that.”

With the close of Roméo et Juliette, Maria Valdes comes home to Atlanta, back to her family, back to her boyfriend and back to her voice teacher. She’ll make an appearance with the orchestra and chorus at her alma mater, Georgia State, on April 3rd. Otherwise, she’s looking at a future of airports, auditions and competitions — all in pursuit of a dream.