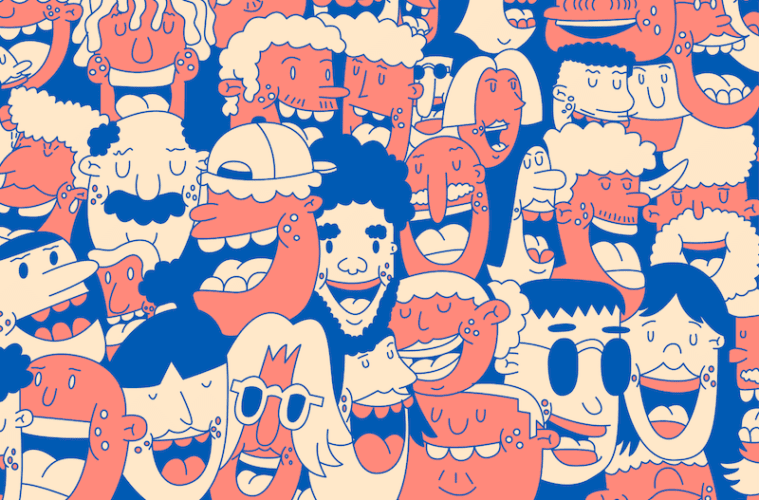 Today in street art: 2019 has been a very good year for muralist George F. Baker III

One glance at the characters in muralist George F. Baker III’s work and you’ll remember Saturday mornings as a child. Eyes glued to cartoons on TV screens with bowls of sugary cereal in hand. Baker’s characters reference his childhood fondness for Pokemon trading cards and the Japanese anime series Dragon Ball Z.

Baker, now 28, moved to Atlanta from Detroit with his family in 2008. “Atlanta wasn’t where I was born,” he says. “But it’s been the city that’s shaped me.” His drawings often reference the city and West End, where he lives. He’s done design illustration and now focuses on public art. He skyrocketed to success in public art this year, working with such brands as Nike, Epitome and the NFL. His work can be seen everywhere from the Atlanta BeltLine to corporate offices. 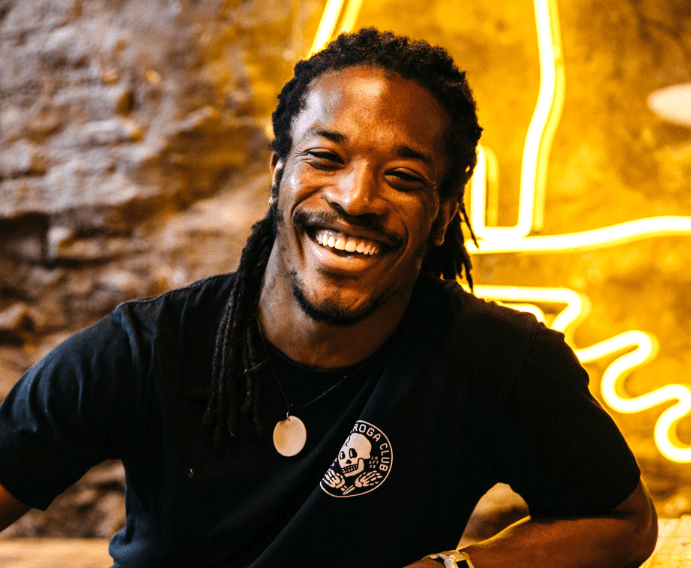 “Atlanta wasn’t where I was born,” street artist George F. Baker III says. “But it’s been the city that’s shaped me.” (Photo by Luke Beard)

Nickelodeon cartoons and shows like Dexter’s Laboratory. As a boy, George discovered pop artist Keith Haring (1958–90). Haring’s bright, graffiti-inspired art was the first free and playful work. “Haring’s work gave me the confidence to move away from photorealistic drawing and develop my own voice,” Baker says.

Baker has a B.F.A. in graphic design from Georgia State University. After graduating in 2015, he was a creative marketing manager for the screen-printing company Danger Press. In 2018, he painted his first mural, inside the coworking space Switchyards Downtown Club.

He recently teamed with a German artist who goes by 1010 to create a very large roof atop Peachtree Center downtown, a project done in partnership with the nonprofit Living Walls, the City Speaks, and Florida-based International Corporate Art. From the right vantage point, you can see an optical illusion of a blue and purple cave opening (see more on this in an upcoming street art column). 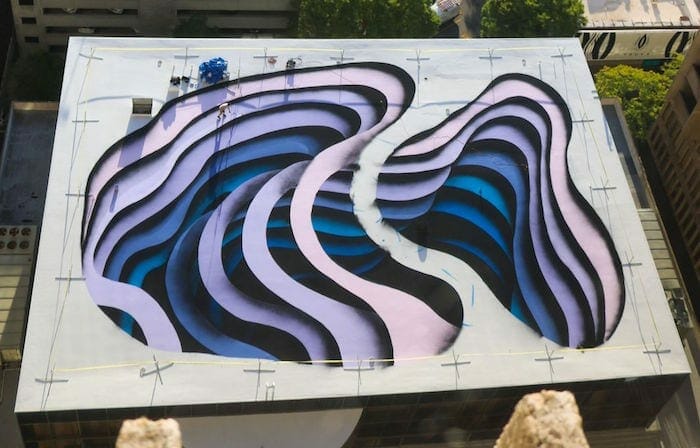 Baker murals completed in 2019 can be seen, respectively, on the Atlanta BeltLine, on the MET Atlanta building at Murphy Avenue and Ralph David Abernathy Boulevard and on Carroll Street in Cabbagetown as part of the Stack Squares Mural Project: 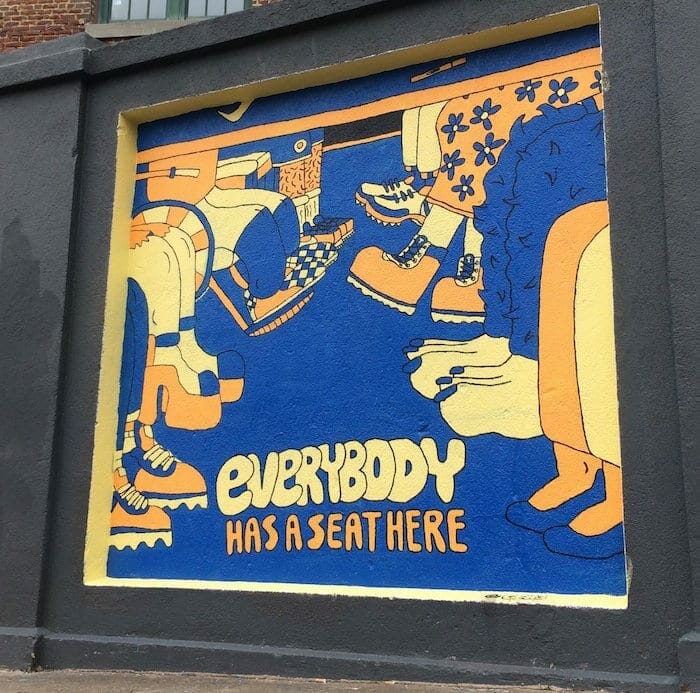 “Everybody” is found in Cabbagetown, on the wall along Carroll Street at the Stack Squares Mural Project. (Photo by the artist)

Baker, always versatile, was commissioned to do event poster artwork for Atlanta rappers Paid in AmeriKKKa last year. He titled it MARTA and describes it as a “big shoutout to all the things I love about the city that raised me.” The illustration includes MARTA Breeze cards, Coca-Cola bottles, an Outkast album cover and more. 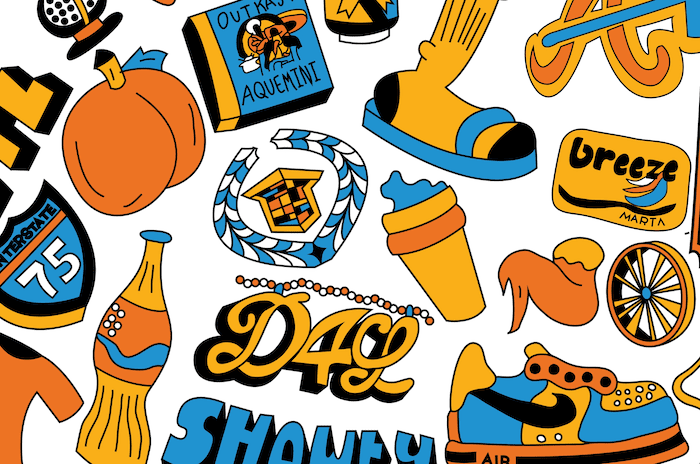 Detail of the poster art that George F. Baker III created for the rap duo Paid in AmeriKKKa

While Atlanta is recognized for having a wealth of street art, that’s less true of the Adair Park neighborhood. Baker’s current mural project, titled Spreading Good, Being Good, is painted on an old moving truck on Metropolitan Parkway. It’s a passion project. “My goal,” the artist says, “is to connect with the community. I want to make art that reflects what people want on the walls in Adair Park.” He plans to finish it this month.

HEY, ARE YOU THERE?

ArtsATL’s street art column appears every other Thursday and is done largely in collaboration with Art Rudick and his Atlanta Street Art Map. We’d love to hear from you too. See something you like? Something we should know about? Have an opinion or suggestion? Please email kathy@artsatl.org.