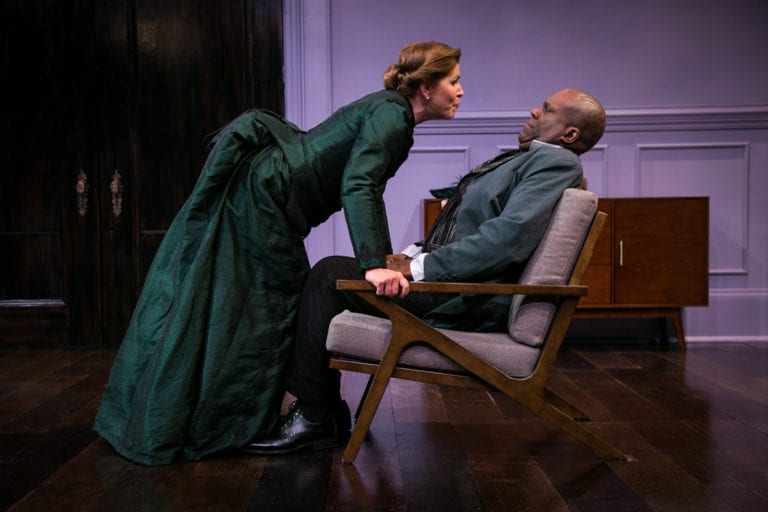 Native Guard on NPR Former U.S. Poet Laureate and University of Georgia graduate Natasha Tretheway’s poetic drama Native Guard will be airing on NPR stations across the country. The play premiered at the Alliance Theatre in 2014 and was revived last year at the Atlanta History Center; the original cast and musicians will be featured on the broadcast. Now, through a partnership with L.A. Theatre Works and NPR, audiences across the country can listen to a cast recording the weekend of February 9. Check your local station for air times.

Dad’s Garage, Rhys Darby Weekend Many people recognize Rhys Darby as the hapless, well-meaning band manager Murray, from HBO’s Flight of the Conchords, and he’s wrapping up the third season of the TBS show Wrecked. He is joining the Dad’s Garage gang for a weekend of improv comedy. February 8–9.

Out of Box Theatre, Fun Home Based on graphic novelist Alison Bechdel’s real-life story of growing up in her hostile father’s funeral business, Fun Home is a refreshingly honest, wholly original musical about seeing your parents through grown-up eyes. Moving between past and present, Alison relives her unique childhood playing at the family’s Bechdel Funeral Home, her growing understanding of her own sexuality and the looming, unanswerable questions about her father’s hidden desires. Through February 23.

Out Front Theatre Company, Porcelain In this British murder mystery by Chay Yew, John is a young man searching for himself and his sexuality. As he prepares to start classes at Cambridge University, he sinks into solitude, only interrupted by the men he hooks up with in public restrooms. When he falls for a straight man and that man winds up dead, John finds himself in over his head. Through February 23.

Catalyst Arts Atlanta, K2 What would you do if you were stuck on the side of one of the world’s highest peaks in subzero temperatures? Catalyst Arts Atlanta invites the audience to answer this and far more introspective questions in its immersive production K2. The group has erected a mountain in The Bakery and turned down the heat to create a one-of-a-kind theater experience. Be sure to take advantage of the blankets and hot tea. Through February 9.

Aurora Theatre, A Doll’s House Part 2 Powerhouse Atlanta actress Tess Malis Kincaid is back as Nora in this coproduction between Actor’s Express and Aurora Theatre. Based on Henrik Ibsen’s famous 19th-century play A Doll’s House, this sequel by Lucas Hnath finds the Helmer family years after their matriarch has left. With nothing but loose ends to tie up, A Doll’s House Part 2 explores the conflict of shaping marriage and motherhood for the modern woman. Through February 10.