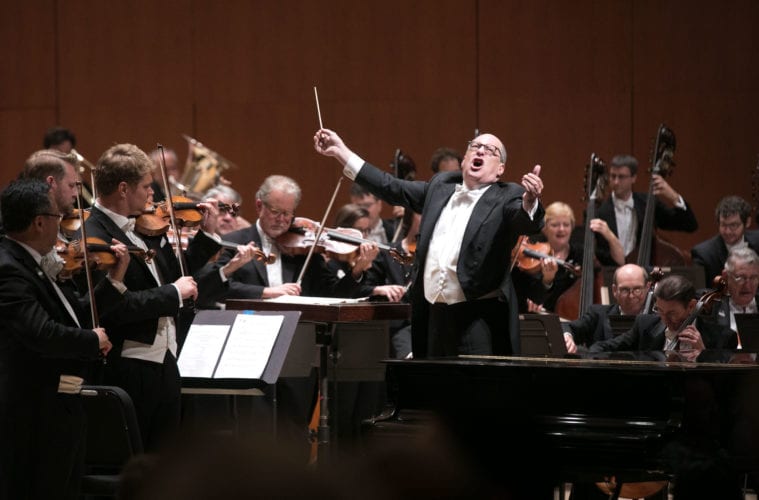 The Atlanta Symphony Orchestra has unveiled its 2019–20 season, which will celebrate the orchestra’s 75th year and music director Robert Spano’s and principal guest conductor Donald Runnicles’ 19th season as artistic partners. The season will feature 16 ASO premieres and two world premieres by Richard Prior and Brian Nabors. The ASO’s classical subscriptions have tripled since 2016, and the upcoming performances reach for even more growth in the future.

During the upcoming season, ASO will continue to celebrate its commitment to contemporary music and living American composers, performing works by Krists Auznieks, Jessie Montgomery, Joby Talbot and Atlanta School of Composers favorites Jennifer Higdon and Richard Prior.

“We want to highlight the vitality and virtuosity of the orchestra in this historic season, which includes honoring the legacy of Robert Shaw and continuing to advance the choral repertoire of the incomparable Atlanta Symphony Orchestra Chorus,” Spano said.

The ASO and Chorus will perform composer Gustav Mahler’s monument to spiritual transformation, Symphony No. 8, “Symphony of a Thousand,” on November 14 and 16. The orchestra and chorus will be joined by several guest artists, including the Morehouse College Glee Club, Spelman College Glee Club, Gwinnett Young Singers, Evelina Dobračeva and former ASO artist-in-residence Morris Robinson. 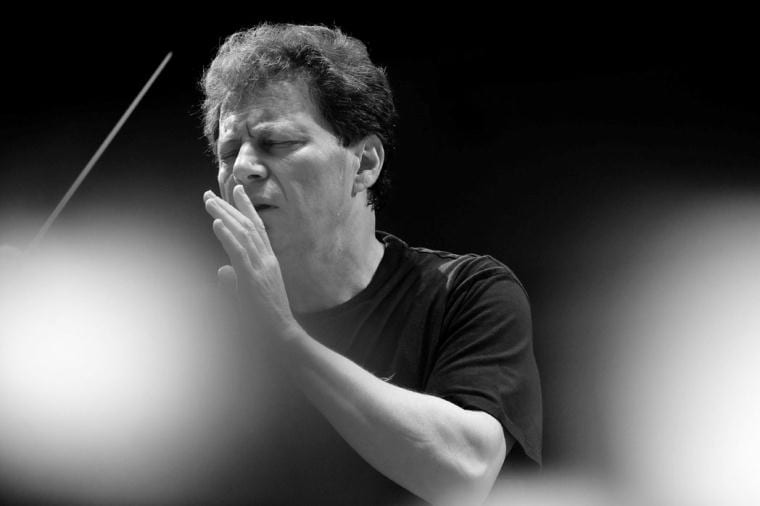 Another artistic highlight of the season will be the return of former music director Yoel Levi to Symphony Hall on March 11, 2020. The one-night program will feature violinist Itzhak Perlman playing Max Bruch’s Violin Concerto No. 1 and will be capped by Mahler’s spritely monument to springtime, Symphony No. 1, “Titan.”

Levi was the ASO’s music director from 1988 to 2000 before retiring and has helmed the KBS Symphony Orchestra, one of the most famous symphony orchestras in South Korea, as chief conductor.

In celebration of the 250th anniversary of the birth of Ludwig van Beethoven, the ASO and Chorus will travel to New York’s Carnegie Hall in April 2020 to perform Missa solemnis. The voices of soprano Susanna Phillips, mezzo-soprano Sasha Cooke, tenor Benjamin Bliss and bass Matthew Rose will join Spano, the orchestra and the chorus for this special performance. These concerts will be performed in Atlanta Symphony Hall on March 26 and 27, 2020, prior to the Carnegie Hall performance. 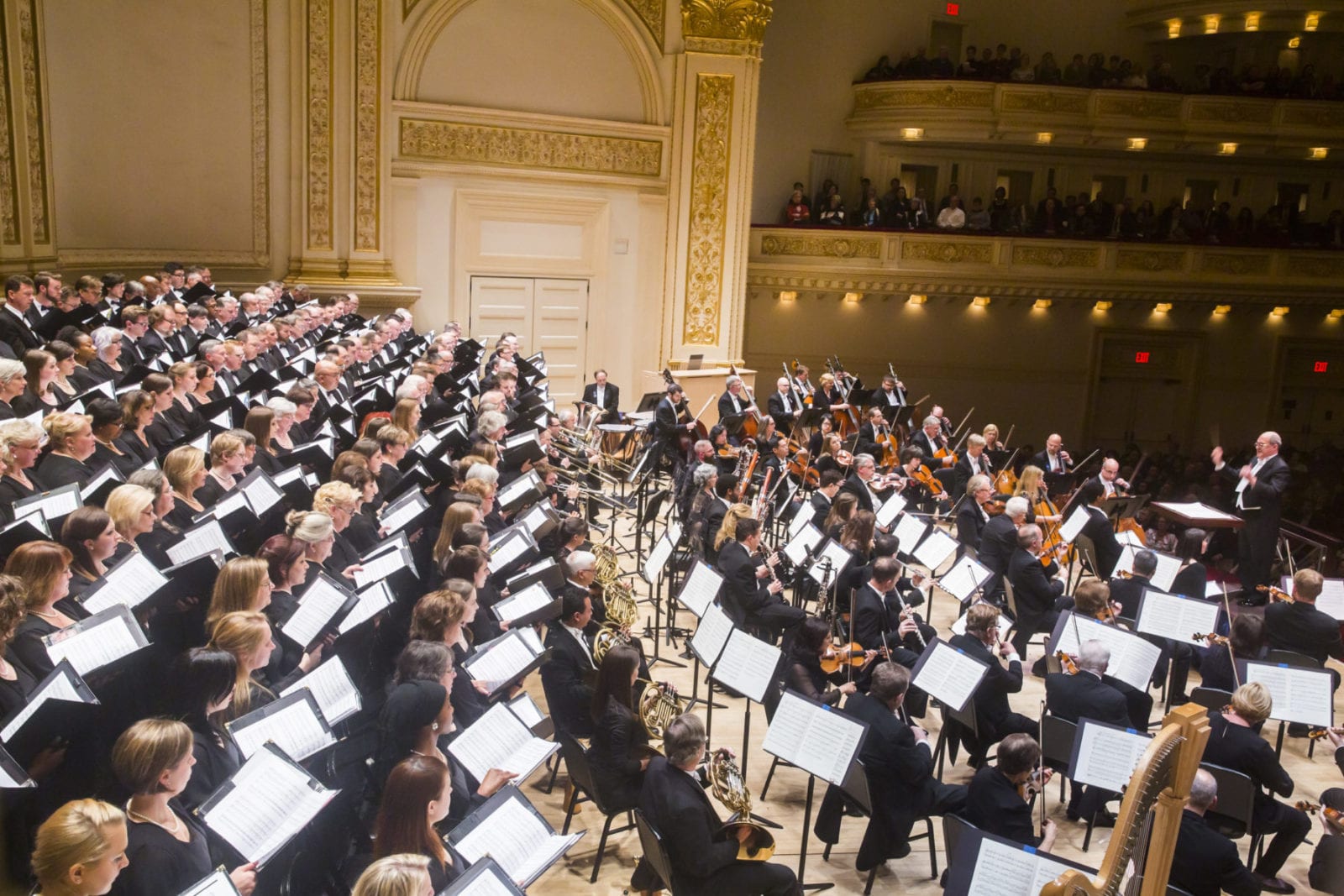 The ASO and chorus at Carnegie Hall (Photo by Jeff Roffman)

The 2019–20 season finale performances in June 2020 will feature a major artistic milestone for the ASO with the Atlanta premiere of Wagner’s complete Tristan und Isolde, which will be presented over three nights and will include one act per night. Spano will lead all three nights, preceding each performance with a work he has chosen that dramatically foreshadows, or was profoundly influenced by, this monumental work.

“Tristan und Isolde is seminal to 20th-century music and pivotal to everything thereafter,” Spano said. “Wagner was very aware of what came before him and prescient about what he would inspire with this revolutionary opera. With that in mind, we will highlight programmatic and visual contextualization for these performances to gain a new, deeper understanding of this monumental work.“ 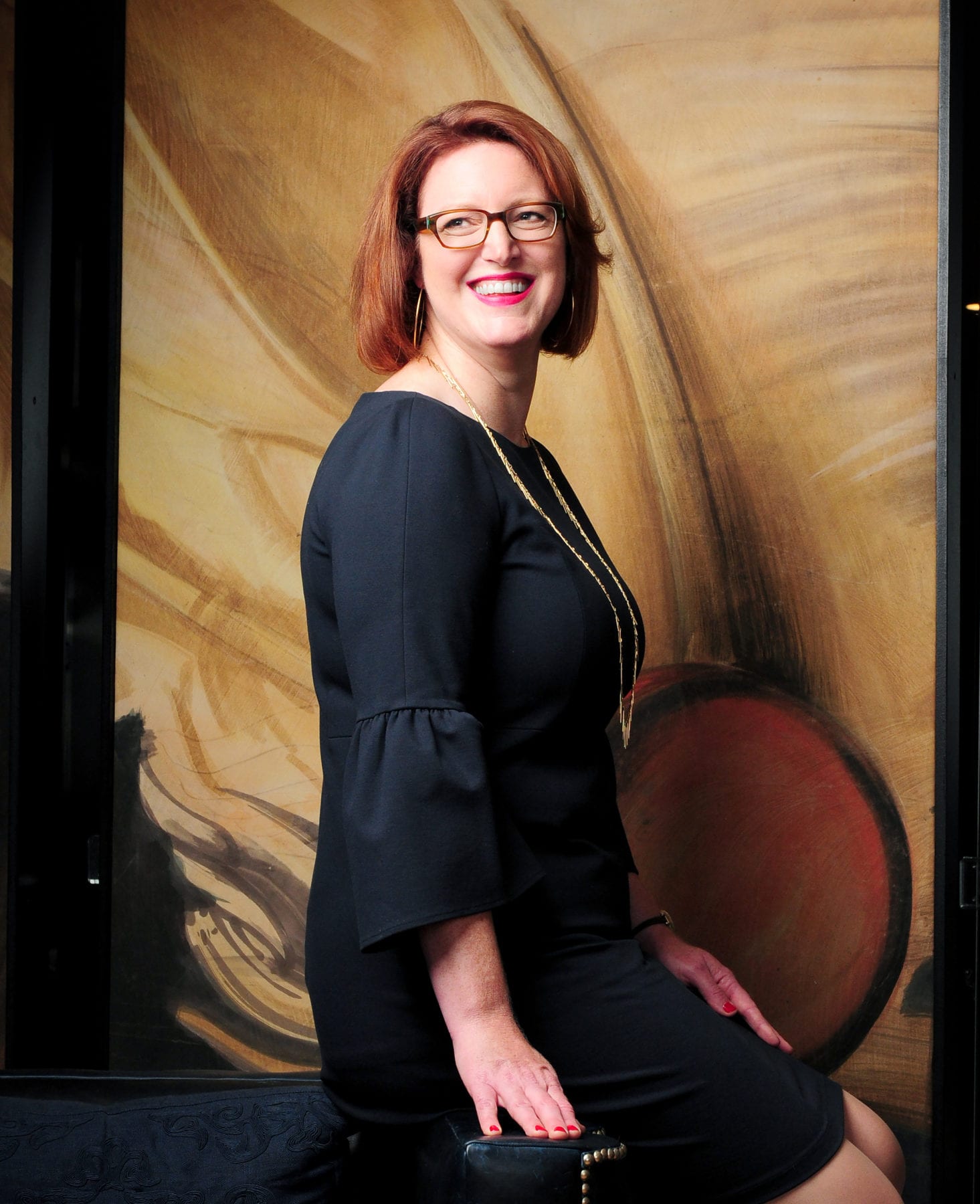 The new season also brings the ASO the opportunity to travel beyond the home base of Symphony Hall, performing across Georgia in Athens, Marietta, Savannah, Covington, Madison and Waleska. The Thursday pre-concert chamber recitals will return next season on November 21 and January 23, February 27, April 16 and May 14 of 2020.

According to ASO Executive Director Jennifer Barlament, in the coming months, the ASO will announce a collection of celebratory moments and community partnerships that will unfold throughout the season.

“In addition to the major artistic achievements of our 75th season, we look forward to connecting with the metro Atlanta community on a deeper level than ever before,” Barlament said. “This season is not only a celebration of our rich history but a time to look to the future and our next 75 years.”