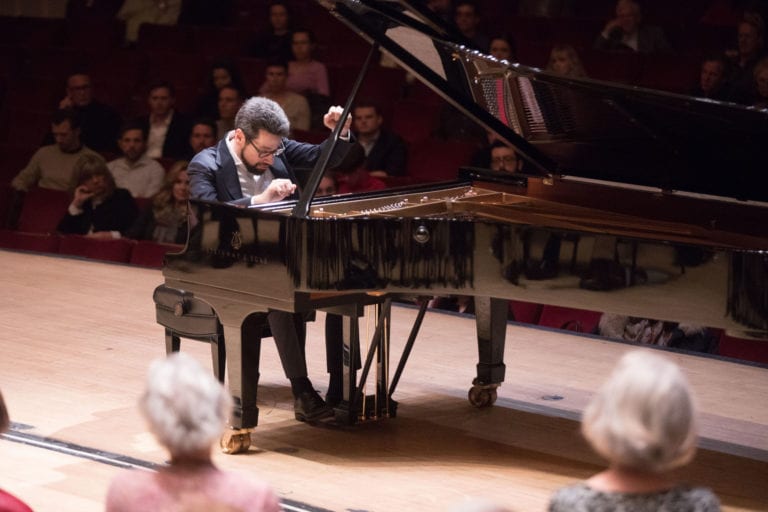 Each Wednesday, we’ll round up our top sonic picks for the week ahead — from performances by the Atlanta Symphony Orchestra to the bands of East Atlanta Village, these concerts have captured our critics’ attention as worth adding to your calendar. View ARTS ATL’s comprehensive calendar of events here.

Jonathan Biss Plays Beethoven. As a tribute to Beethoven, Jonathan Biss will complete his performances of all 32 Beethoven piano sonatas in a series of intimate recitals. Atlanta Symphony Hall. 8 p.m.

Morehouse Spring Recital. Songs will be based on poetry from the AUC archives. Ray Charles Performing Arts Center. 7 p.m.

EARL 20th Anniversary: The Scientists, Vincas and GG King. A 20th-anniversary celebration of The EARL. The show repeats Sunday with Gentleman Jesse and Subsonics. The EARL. 7:30 p.m.

Dungeon Family Tour: Big Boi, Goodie Mob, Organized Noize and more. Rapper Big Boi is best known for his partnership with Andre 3000 in OutKast and being part of the Dungeon Family collective. The renowned rapper also has several solo albums under his belt. The Fox Theatre. 8 p.m.

The Vega String Quartet. The performance will include quartets of Haydn, Debussy and Beethoven. Look for ARTS ATL‘s review of the concert on Monday. Emerson Concert Hall, Schwartz Center for Performing Arts. 8 p.m.