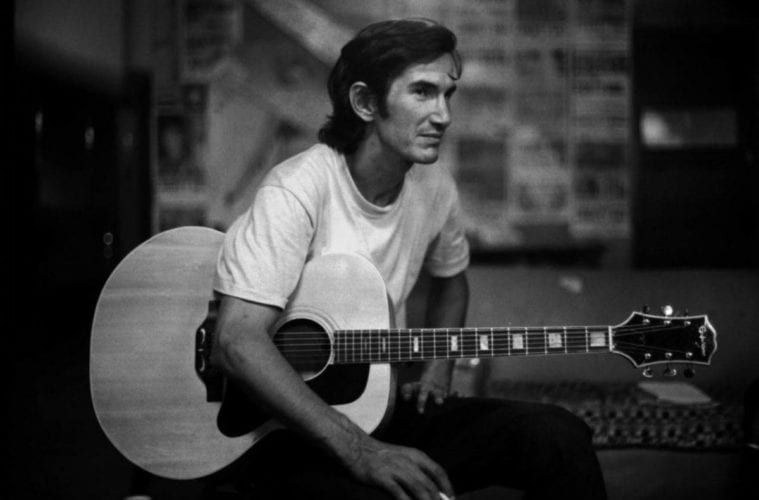 Inside the Atlanta connection to Townes Van Zandt’s Sky Blue

William Hedgepeth would like to remind everyone that, like Mark Twain, rumors of his death are greatly exaggerated.

Hedgepeth, one of the most prominent national magazine writers to emerge from Atlanta, has landed in the national spotlight this month. Recordings he made in his living room of the late Texas songwriter Townes Van Zandt in 1973 were just released on a new album, Sky Blue (TVZ Records/Fat Possum Records). There was just one problem: The liner notes and the record company’s website refer to Hedgepeth as “the late Bill Hedgepeth.”

“I sent the tapes to [a manager associated with Van Zandt] 10 years ago with the idea for an album called Ghost Townes,” Hedgepeth says in a phone interview from his home in the forest outside Blue Ridge. “Ten years later, he thought I was dead, so it’s all right to release my recordings.”

A new version of the album will soon be issued. It will correct Hedgepeth’s mortality and include his liner notes, which recount how the recordings came to be. Van Zandt’s widow “really did think I was dead,” Hedgepeth says. 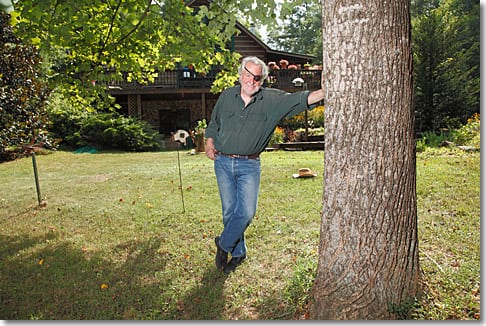 Hedgepeth became friends with Van Zandt after profiling him for Look magazine. (Photo by Carol Carter)

For Van Zandt fans, a posthumous album of newly discovered performances and unreleased songs is the motherlode. Sky Blue includes three songs of special note: two never-before-heard Van Zandt originals and the first recording he made of his most iconic song, “Pancho and Lefty.”

“He’d stay at my house, sometimes for weeks, whenever he’d play in Atlanta,” Hedgepeth says. “He showed up one day and said he had a new song he wanted to get down on tape. And that was ‘Pancho and Lefty.’”

Then, as now, Van Zandt was an obscure figure who made little commercial headway in his lifetime. But for those who know his music, he’s revered as one of the great songwriters of the 20th century. His credits include two huge hits: “Pancho and Lefty” by Willie Nelson and Merle Haggard and “If I Needed You” by Emmylou Harris and Don Williams. 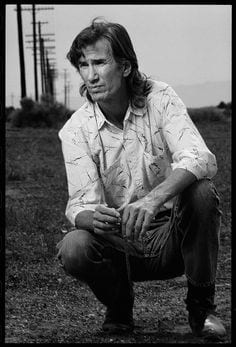 Townes Van Zandt is acclaimed as one of the greatest songwriters in modern music.

Hedgepeth, a graduate of Grady High School and Emory University, joined the staff of Look magazine in 1967 at age 25 and later became a senior editor there. He discovered Van Zandt’s music when researching country music for a special issue of Look in 1971.

As he talked to Nashville insiders, Hedgepeth asked what modern performer they most admired. Time after time, he heard the name Townes Van Zandt. Songwriter Mickey Newbury, who mentored a generation of outlaw country writers (including Kris Kristofferson and Guy Clark), spoke Van Zandt’s name first. “He looks a little like Hank Williams and writes like Hank Williams,” Newbury said. “The way he writes, something touches your spirit.”

Hedgepeth became determined to find the nomadic songwriter and finally located him at Clark’s house a year later. Clark and his wife, Susanna, were at the kitchen table with Van Zandt when the writer arrived. “Townes was sitting at the end of the table, drinking wine, and his eyes were following a bug in the air,” Hedgepeth says.

When the bug eventually fell into his glass of wine, Van Zandt fished it out and tried to revive it. When that failed, he looked up and shrugged. “Well, you know,” he deadpanned with a chuckle and a shrug, “white port.”

That encounter led to a long feature story on Van Zandt in Look and a friendship between the two men that spanned the rest of Van Zandt’s life. The singer would often crash at Hedgepeth’s home on Morningside’s North Pelham Road when he performed in Atlanta or simply needed a getaway.

Hedgepeth owned a state-of-the-art stereo system, a reel-to-reel tape recorder and microphones, and Van Zandt began to record first versions of his songs there, as well as his takes on traditional ballads.

The set up was simple. Van Zandt would sit on the sofa. Hedgepeth would put a microphone on a stand and place it in front of him for the vocals. He’d place another microphone on the coffee table for the acoustic guitar. Then he’d hit the record button. “We didn’t think a whole lot about it,” says Hedgepeth. “It was just something to do. Townes never asked for copies. He just trusted me to keep them.”

The recordings capture Van Zandt at peak form, before alcohol and drugs locked him in a stranglehold and before a broken hand altered his dexterity on the guitar. They showcase him in a way his albums seldom did — stripped down to a single acoustic guitar, relaxed and yet darkly intense. 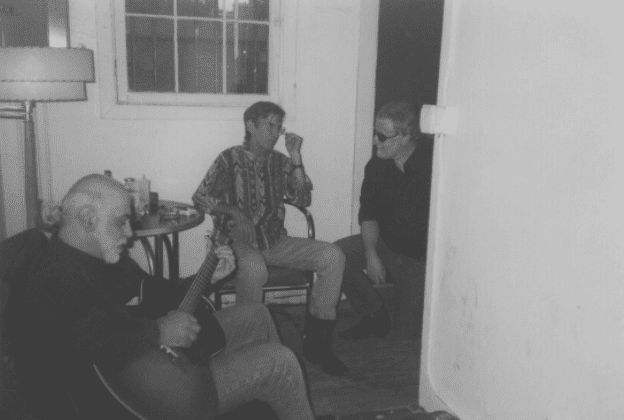 Musician Michael Catalano (left) with Van Zandt and Hedgepeth for the singer’s last performance in Atlanta, at Blind Willie’s in 1995 (Photo by Harold Eggers, courtesy of William Hedgepeth)

Hedgepeth never lost track of the tapes despite several moves, including a stay in Hollywood. He kept them stashed in a filing cabinet for decades.

He also kept a copy of The Atlanta Journal-Constitution that Van Zandt used to scribble lyrics on the edge of a page: “Lonesome are these hills I roam / All my brothers dead and gone / All their hides upon your backs / Like snow upon the forest.”

Hedgepeth still marvels at that snippet of Van Zandt’s genius. “He was a poet, and his poetry just erupted out of him for no permanent purpose, like sand painting,” says Hedgepeth.

After Van Zandt’s death in 1997 at age 52, Hedgepeth knew the recordings were an important and undiscovered part of the singer’s legacy.

Sky Blue includes two unreleased originals: the title track and “All I Need.” It also includes original versions of other songs Van Zandt would eventually record, “Rex’s Blues,” “Snake Song,” “Dream Spider” and, of course, “Pancho and Lefty.” The album has already earned critical praise, including a review in Rolling Stone.

Hedgepeth says there is enough quality material from those Morningside sessions for future albums of unreleased Van Zandt performances.

“I’m glad I had some degree of foresight in realizing that these songs were worthy of recording and keeping,” Hedgepeth says. “These recordings are really like coming upon a time capsule, the opportunity to hear Townes in the prime of his health and peak of his power. It’s how he sounded to the people who were first stirred by his songs.”