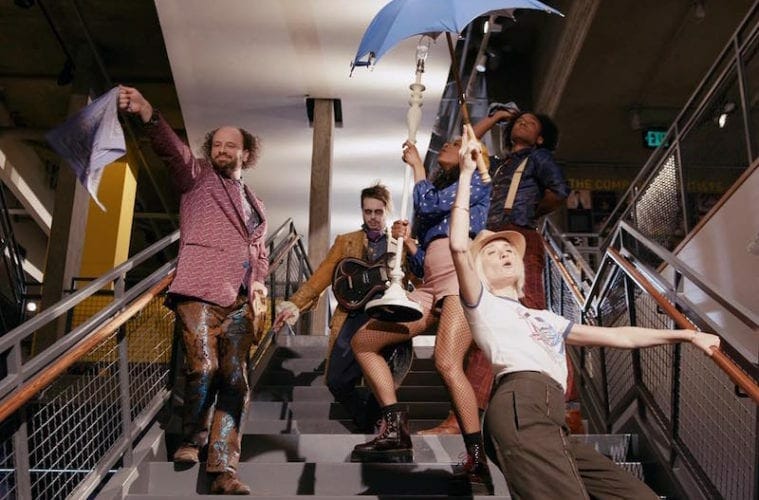 "Animal Wisdom," streaming on Broadway in Demand through June 27, is a filmed performance of a stage musical. Writer-performer Heather Christian leads the cast, which is filled out by four musicians.

Atlanta-based filmmaker Amber McGinnis directed an indie dramedy that pinged underneath most people’s radar two years ago. But I thought International Falls, which played the festival circuit and won some awards, was surprising, subtle, smart. A far cry from her naturalistic work there, Animal Wisdom requires her to draw on a whole other skill set. I wish I admired the content as much as I do the techniques that McGinnis brings to it. 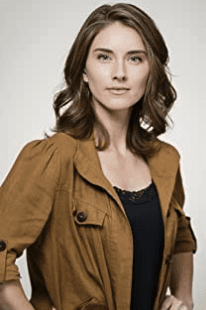 Co-presented by D.C.’s Woolly Mammoth theater company and San Francisco’s American Conservatory Theatre and streaming online through June 27, Wisdom is a filmed performance of a stage show that’s been around for a few years. A self-described “musical séance,” it’s written, composed by and features Heather Christian, plus four hardworking musicians who serve as a chorus in several ways.

A native of Natchez, Mississippi, Christian draws on her childhood and Southern experiences as she invokes a list of the ghosts that have attended her life. Some are poignantly sketched, like her deceased grandmothers, one now haunting Christian’s garden, the other making winged visitations as a cardinal, and the grandfather who took permanent, post-life occupation of the car he bequeathed her. Other ghosts, some who seem more like imaginary friends or menaces, make cameos in Christian’s nonstop monologue, interspersed with her original music — shaded with blues and gospel rhythms and wails — which she sings in a plaintive voice but often with unintelligible lyrics.

Maybe it’s because I spent hundreds of theater hours watching prickly/charming performance art in the 1980s and ’90s, but I felt a sense of recognition and fatigue while watching Animal Wisdom. Fatigue won out as Christian and company draw the running time to more than two hours, dispensing a lot of energy and music but not a whole lot in the way of dramatic coherence.

In the strongest theater, paradoxically, the most personal stories told by a performer, in their very specificity, can leap across the stage lights and tap universal emotions in the audience. That’s probably Christian’s intent here, but her storytelling is too jagged, self-aware and frenetic to ever find a hold in my head or my heart.  Other critics have loved the show, or maybe just been worn down by it enough to express appreciation for the committed work of the performers. Maybe you’ll have a different experience than I did. 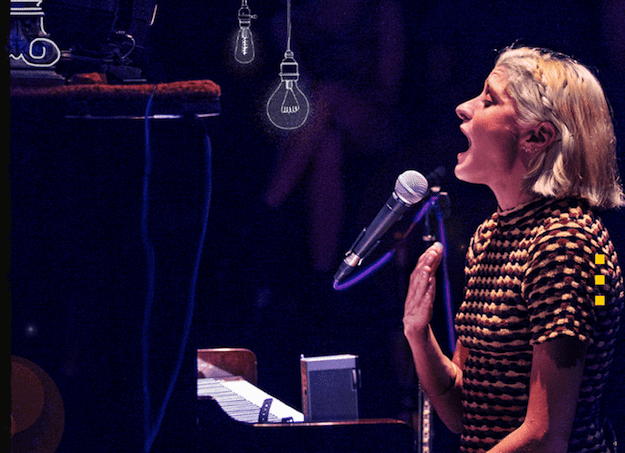 Heather Christian, in a scene from the indie film “Animal Wisdom.”

Adapting Emilyn Kowaleski’s stage production, McGinnis finds smart, engaging ways to create a hybrid film-theater piece. She uses Woolly Mammoth’s stage and public spaces, her camera following Christian and the musicians through back hallways and into the guts of the theater. She also does her best to re-create the direct contact Christian sought with live audiences, having the actor address the camera directly to guide us in what she calls a “requiem mass.” You’re asked to take 90 minutes to search your own home for four items to use as a remote/interactive way to take part in the ritual she’s creating. And you’ll be asked to close your eyes for a very, very long series of songs near the end. Since you won’t have peer pressure and willed participation, you get, like it or not, in live theater, you can choose to follow Christian’s instructions or not.

I appreciate all the artists and institutions that have persevered (or just plain survived) over the past 18 months. The makers of Animal Wisdom deserve appreciation on that level alone. I just wish a show that purports to be digging into spookiness and spirituality wasn’t ultimately undermined by quirk and whimsy.