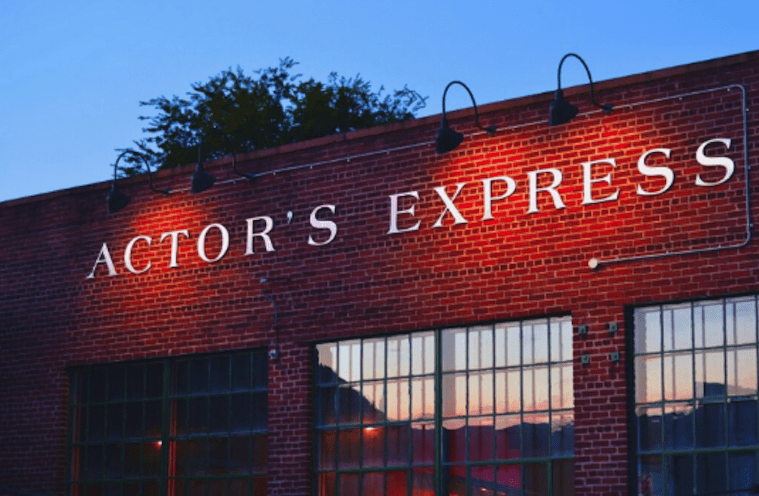 Everyone into the theater!

Actor’s Express begins its 34th season in August with the Lucas Hnath drama Red Speedo and ends it with the musical LIZZIE (she of 40 whacks’ fame). The eight-show lineup includes a world premiere and a fall coproduction of Heathers: The Musical with Oglethorpe University Theatre. All are planned as in-person events.

Two of the shows — the musicals LIZZIE and Bootycandy — were planned for the 2020–21 season, only to be felled by COVID interruptus. They’re back, as is Desire Under the Elms from the end the 2019–2020. Gone for now are the Hnath thriller The Thin Place, a return of Hedwig and the Angry Inch, Stephen Sondheim’s Merrily We Roll Along and Kira Rockwell’s Oh, to Be Pure Again, all pandemic casualties. 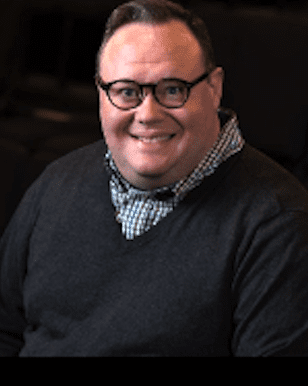 Freddie Ashley is about to begin his 15th year as Actor’s Express artistic director.

If anything, the new season looks stronger. It grows from the usual six shows to eight. Three titles are from Black playwrights (Dominique Morisseau, Lynn Nottage and Robert O’Hara), one is a Japanese American writer (Keiko Green) and three are by women. Teams of White men are behind the two musicals, and there’s one dead, old White man (Eugene O’Neill, in the classics spot).

Artistic director Freddie Ashley calls the season “the most ambitious, diverse and exciting” in the company’s 34-year history and says, in a statement: “We are renewing our commitment to be a place where people come together to share visceral experiences, challenging ideas and explorations of the diverse lived experiences of human beings.” This will be Ashley’s 15th year as the company’s artistic leader.

The Express this month updated its anti-racism/anti-bias action plan, which pledges to ensure that “playwrights of color and women shall always be included in any season lineup at a rate of no less than 50 percent of all mainstage productions.” The plan was prompted in part by the racial reckoning that began following last summer’s murder of George Floyd and a three-night town hall held by Atlanta theater artists of color. Following that, the Coalition for Racial Equity in Atlanta Theatre, or CREAT, has been testing a rating system to help measure racial equity in Atlanta’s performing arts. Actor’s Express is one of six metro companies taking part in the beta testing.

Onstage this season, longtime Atlanta cabaret singer Libby Whittemore makes a seasonal return — as only she can — with Ho Ho Home for the Holidays and a Connie Sue Day Christmas.

Offstage, the Express plans to commission local writers Kayla Parker and Sofia Palmero to create a new dramatic podcast, which will drop in the fall and be available on all major podcast platforms. It follows this spring’s Crossroads podcast.

Season subscriptions are on sale and available ONLINE or by calling 404.607.7469. Single tickets go on sale July 6.

Here’s a closer look at the season. 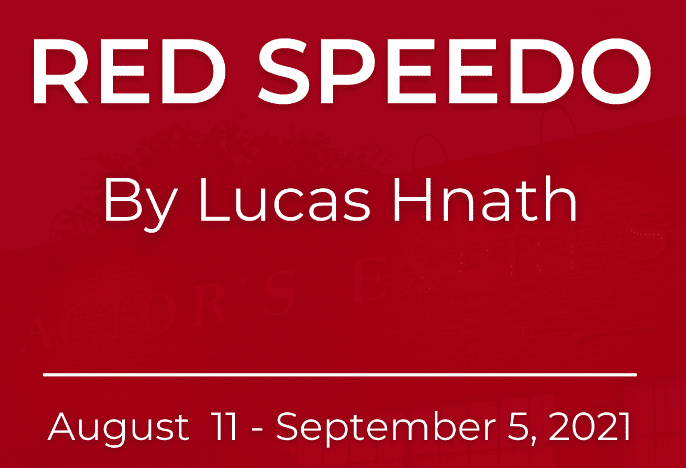 AUGUST–SEPTEMBER. Critics called this 2013 drama by Lucas Hnath (A Doll’s House, Part 2 and The Christians) a “remarkable feat” and a “taut, incisive drama.” Hnath, they said, “has a wonderfully inventive theatrical mind.” The drama, they said, has “fragmented dialogue that often comes at you like artillery fire. [It] recalls the good work of David Mamet, distilled and compressed. Red Speedo envisions a rising-star swimmer in danger of being swept into a doping scandal on the eve of the Olympic trials. Fairness, loyalty and team spirit are tested, and aspirations warp into seductions. Hnath won the 2016 Obie Award for excellence in playwriting for The Christians and Red Speedo. (which played the New York Theatre Workshop). Ashley directs. Run dates: August 11–September 5, 2021. 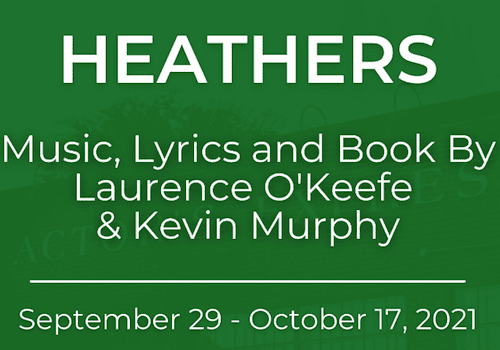 SEPTEMBER–OCTOBER. Social outcast Veronica has found her way into the Heathers, the most powerful clique at her high school. When she falls for a dangerous and sexy transfer student, however, she learns that her “teenage angst bullshit has a body count.” The 2014 rock musical with book, music and lyrics by Laurence O’Keefe (Legally Blonde) and Kevin Murphy premiered in Los Angles and then moved to off-Broadway. It’s based on the 1989 cult film with Winona Ryder. This collaboration with Oglethorpe University will be staged at the Conant Performing Arts Center on the Oglethorpe campus. Ashley directs. Run dates: September 29–October 17. 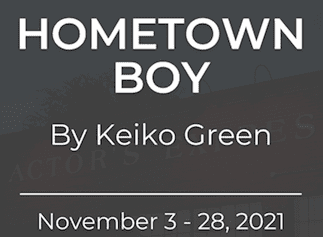 NOVEMBER. A world premiere by Atlanta-born, San Diego-based playwright Keiko Guest. Hometown Boy is a story of outsiders and the power dynamics of race and class. James hasn’t been back to his rural Georgia hometown in more than a decade and reluctantly returns to check in on his father, whose behavior has become worryingly erratic. He stumbles into a life he thought he’d left behind and learns that the stench in the air isn’t just a decaying house but the rotten core of long-buried secrets. Directed by Rebecca S. Wear, a freelance director, dramaturg and educator based in Southern California. Run dates: November 3–28. 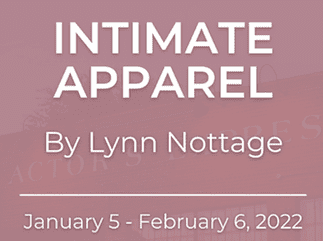 JANUARY–FEBRUARY 2022. Lynn Nottage’s award-winning drama takes place in 1905 New York, where an independent woman named Esther (Atlanta’s Cynthia D. Barker) creates beautiful lingerie for clients that range from White society ladies to prostitutes. As she works toward her dream of opening a beauty salon for Black women, she earns the trust, respect and friendship of her diverse clientele. When she begins a romantic correspondence, her quest for empowerment and self-actualization takes unexpected turns. This is a landmark from Nottage, a two-time Pulitzer Prize winner (Ruined, Sweat). Anticipate excellent work from Barker, one of Atlanta’s finest actors. No director has been named. Run dates: January 5–February 6, 2022. 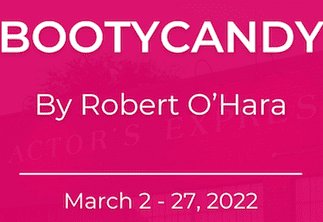 MARCH 2022. Bootycandy is a semi-autobiographical series of subversive vignettes that explore what it means to grow up gay and Black in America. Playwright Robert O’Hara’s 2014 script follows a man named Sutter as he takes a kaleidoscopic odyssey through his childhood home, church, dive bars, seedy motels, nursing homes — and one funny phone conversation about very inappropriate baby names. The satire had its world premiere in 2011 at Woolly Mammoth theater company in Washington, D.C. Expect a night full of audacious lessons in sex education. The New York Times called it “as raw in its language and as raucous in spirit as it is smart and provocative.” Martin Damien Wilkins (When Father Comes Home From the Wars, Parts 1, 2 & 3 at the Express) directs. Run dates: March 2–27, 2022. 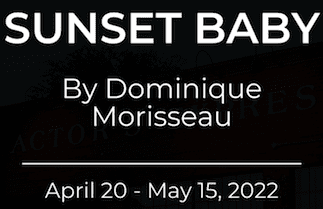 APRIL–MAY 2022. Dominique Morisseau’s 2013 drama is partly a play about a lousy parent looking for redemption and a fraught reunion between a father and daughter. The action revolves around his desire to acquire from her a packet of love letters written to him by his late wife when he was in prison. Morisseau (Detroit ’67, Paradise Blue, Pipeline, Skeleton Crew) is a MacArthur Genius Grant recipient and one of the finest playwrights working today.  Directed by Amanda Washington, an Atlanta-based freelance director. Run dates: April 20–May 15, 2022.

Desire Under the Elms 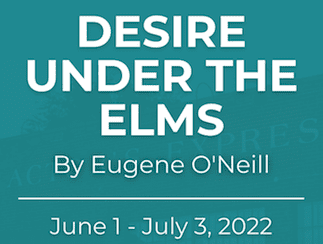 JUNE–JULY 2022. You’ve no doubt heard of Eugene O’Neill (1888–1953), the great American dramatist behind Anna Christie, Long Day’s Journey Into Night, The Iceman Cometh, A Moon for the Misbegotten, Mourning Becomes Electra and Strange Interlude, among many others. His Desire Under the Elms from 1924 attempts to adapt plot elements and themes from Greek tragedy to rural New England. It’s a story of family, lust and tragedy. Ashley directs. Run dates: June 1–July 3, 2022. 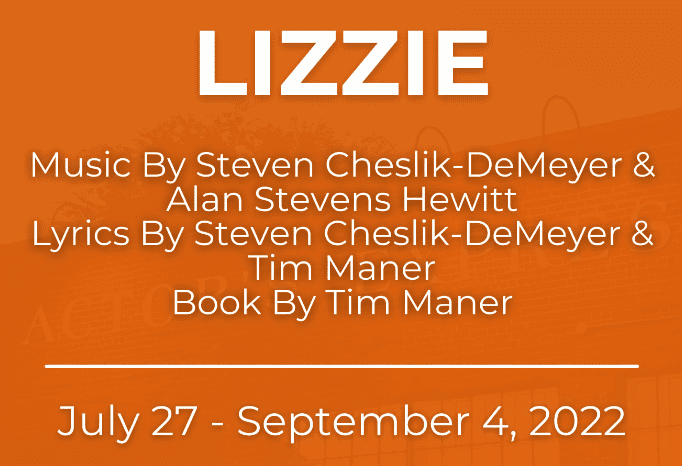 JULY–SEPTEMBER 2022. On a sweltering summer morning in a New England home in 1892, a prominent businessman and his second wife were hacked to death with an ax. One of the man’s daughters, the now infamous Lizzie Borden, was the prime suspect. Her trial was a coast-to-coast media sensation, turning her into something of an American legend. LIZZIE is performed by four women and a rock band. The New York Times called the 2019 piece “a gothic rock ritual with a ‘riotgirl’ attitude” and “an eerie hybrid of rock club and a turn-of-the-century New England parlor.” LIZZIE comes from Steven Cheslik-DeMeyer, Alan Stevens Hewitt and Tim Maner. Atlanta’s Jennifer Alice Acker directs. Run dates: July 27–September 4, 2022.