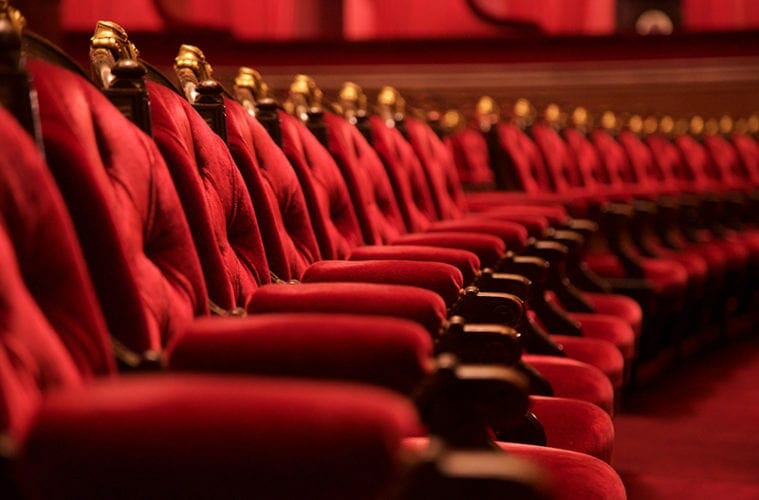 How can you know where you need to go if you don’t know where you’re at? That’s the foundational thinking behind the latest effort from the Coalition for Racial Equity in Atlanta Theatre, or CREAT, which, since last year, has been testing a rating system to help measure racial equity in Atlanta’s performing arts.

The system is intended to help theaters, specifically, quantify their hiring and management practices and set more concrete goals for including people of color in their planning, performances and staff. 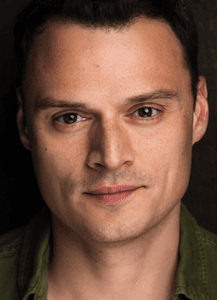 Lee Osorio is one of CREAT’s four core members.

The system could work just as well for dance, opera, music and visual arts, says playwright/actor Lee Osorio, a CREAT core member. “We’re starting with theater because that’s the medium we work in, but we would love for this system to be implemented across the arts once we solidify it.”

Actors Cynthia D. Barker, J.L. Reed and Diany Rodriguez join Osorio as the core — and only — members of CREAT, which hopes to grow as time goes on.

So far, six metro theaters have signed on for the beta test, Osorio says. CREAT hopes to recruit more participants once it’s able to see how the system works. Four of the six have had their data fully processed — Actor’s Express, Aurora Theatre, Horizon Theatre and Theatrical Outfit. The two others have yet to share their data.

“Theaters are willing to participate because they know us and know we’re community members invested in helping our theater community grow. That has been crucial,” Osorio says.

Still, some theaters balked. “Some people were super skeptical because they felt like it was one of those ‘gotcha’ things,” Reed says. “We’re not trying to villainize people. We’re just here to present the numbers. Primarily, theaters have been kind and gracious.”

The beta testing is assessing the 2018–19 season, the last full “normal” season before COVID-19 shut down most live performances. The CREAT scoring system tracks the number of Black, Indigenous, Latinx, Asian American, Middle Eastern, North African and South Asian artists in a theater’s season programming, including staff, contract workers and board members. The data is condensed into a score on a scale of 1 to 100. The numerical score, Osorio says, will help companies establish clearer follow-up plans for becoming more diverse.

The CREAT project gelled following several events in the summer and fall of 2020 — the COVID-19 pandemic and Black Lives Matter protests that swelled after the police killings of Rayshard Brooks, George Floyd, Breonna Taylor and others. Conversation around inequity in the arts in Atlanta increased.

In February, Out of Hand Theater sponsored an Atlanta Theater Dinner, a facilitated conversation about race and equity. It was noted that only 12 percent of all 2019 productions in metro Atlanta were written by playwrights of color, a statistic that earned a scathing piece in The New York Times. By comparison, people of color account for 54 percent of the city of Atlanta’s population.

The team behind that event formed CREAT. In late June 2020, they convened Atlanta theater professionals virtually for a three-night Town Hall for Racial Reckoning, cohosted by Inclusion Diversity Equity in the Arts Atlanta, or IDEA ATL. Some 700 people attended. 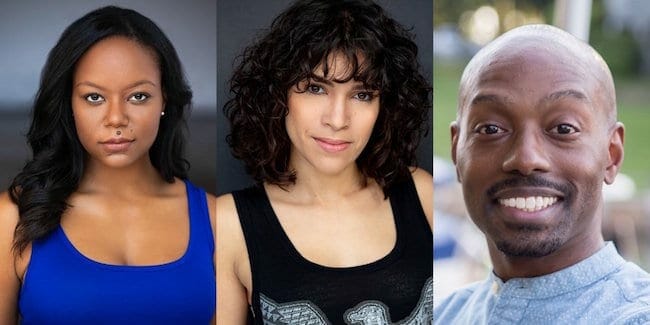 Actors Cynthia D. Barker (from left), Diany Rodriguez and J.L. Reed join Osorio as the core — and only — members of CREAT.

Reed, an actor and director, says the town halls unearthed “layers and levels” of disconnect between Atlanta’s White artists and Atlanta artists of color. The conversations revealed that those in power had been failing to take reports of racist and abusive behavior seriously.

“In the history of this country, communities of color have a lens through which they see the world very early on in life that many White people just don’t,” Reed says. “I don’t blame White folks for not seeing that. But it still is unfortunate in certain ways that it takes some time for eyes to be open.”

The outpouring of testimony at the town halls stunned Reed and his CREAT colleagues. “We did initially think, ‘Oh, no one is going to want to share, no one will feel comfortable enough,’” he says. “We were surprised.”

Theatrical Outfit artistic director Matt Torney was among the White theater professionals attending and found the experience “humbling.” Torney began his official tenure at the Outfit just days before the town halls happened.

“I was dropped right into the heart of that very moving and inspiring and troubling conversation,” Torney says. “What we learned is people are mistreated, people are punished, blacklisted and a lot of it happened behind closed doors. The perversion is we’re asking artists to be raw and vulnerable onstage when they can’t be in every rehearsal they walk into.”

Torney says helping to pilot the CREAT rating system was a no-brainer. “To gain trust, we need to be open to accountability.” 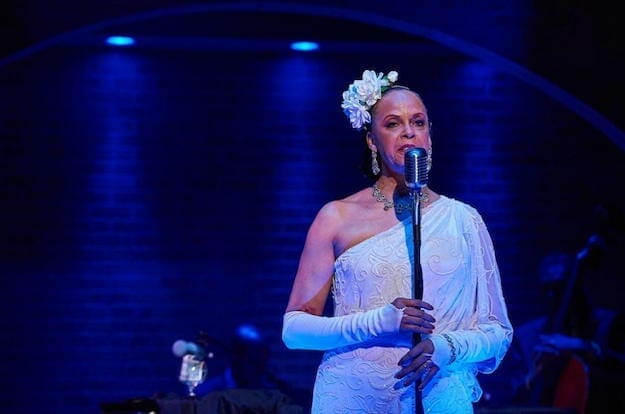 From the town halls to now

As CREAT’s core members pondered how to build on the town halls’ momentum, they investigated what others were doing and began to generate a map for theaters to follow.

Los Angeles-based Derrell Acon, an equity specialist for the Alliance’s leadership council, says using data has been in the conversation about empowering Black artists and administrators since the Alliance was formed because it’s “something that is unemotional for some folks, concrete and can tell a story over time.”

In September, the Alliance released the “Pledge for Racial Equity and Systemic Change in Opera.” To ensure that the data it collects leads to quantifiable initiatives, the Alliance secured a two-year grant to partner with TRG Arts, one of the nation’s leading arts data companies. CREAT, likewise, is engaging TRG, which has worked internationally with visual and performing arts organizations of all sizes and genres for 25 years,.

“Data can often help tell a story and open one’s eyes,” says Eric Nelson, TRG Arts’ client engagement officer. “It’s about understanding the power of this information so you can make better and smarter choices.”

The value of data

On May 20, CREAT emailed nearly 200 Atlanta creatives and arts supporters asking for help raising $9,000 to partner with TRG (it now hopes to raise $12,000). The extra $3,000 will go toward “the next iteration of the rating system,” which will include audience demographics, pay equity, a qualitative survey, anti-racist training and implementation of policies.

SMU DataArts’ Rebecca Johnson says that interest in this kind of data has increased in the past few years and that working with a data partner can help arts organizations bypass the need to collect information through human resources departments, which can be treacherous territory when collecting self-reported information on race, disability, sexual orientation and the like.

Having a third-party collecting data ensures that it will remain anonymous while also encouraging frankness. It adds a layer of protection to personal details. “We’re rolling it up and aggregating it,” Johnson says.

CREAT says it takes three to four hours to process the data from a single theater before the final score is reached. And the results can be surprising. 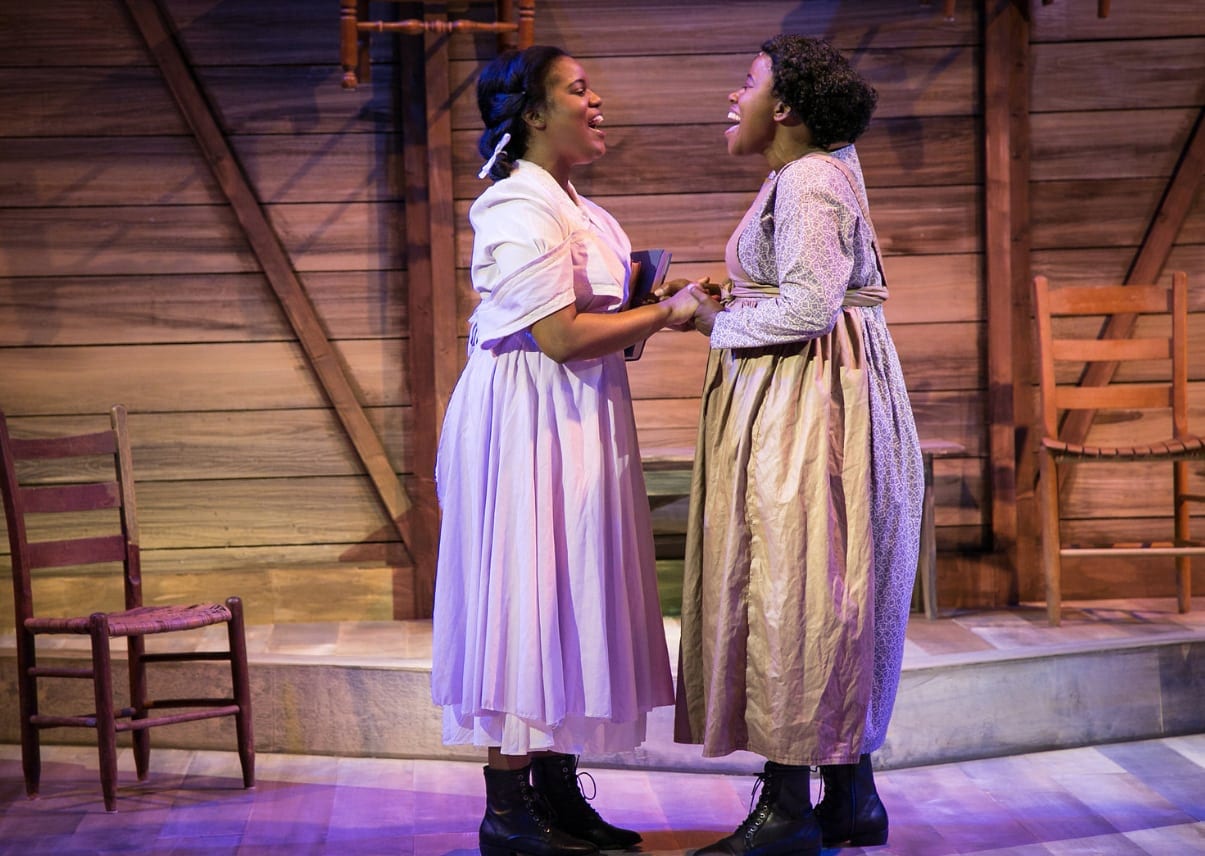 Actor’s Express — which staged ‘The Color Purple”  with Jeanette Illidge (left) and Latrice Pace in 2018 — will use its CREAT rating to further develop and implement anti-racism and anti-bias action plans it drafted last summer.

Actor’s Express artistic director Freddie Ashley, who’s led the company for 14 years, was dismayed to learn his theater’s score was lower than expected.

Upon reflection, he says, most predominantly White theaters would likely get similar scores. “It’s easy to build a narrative of where you are, but that’s dangerous unless you’re building that on quantifiable data.”

The data and rankings won’t be made public until CREAT can work with TRG Arts. Eventually, the rankings will appear on the CREAT website with a narrative about each score so visitors can do a deep dive into why a theater received the rating it did, Osorio says.

CREAT won’t prescribe solutions because it prefers to remain an impartial conveyor of facts. “We are simply creating a tool for self-reflection, and what you use that for is up to you,” Osorio says.

Actor’s Express will use its rating to further develop and implement anti-racism and anti-bias action plans it drafted in August 2020. It includes specific stipulations about every facet of operations and planning, from show choices to board makeup to how its internship program is run and its marketing is done. This includes a rule that during the 2020–21 season, the theater will aim to ensure that works by playwrights of color and women account for no less than half of the mainstage productions (the season lineup has not yet been announced).

“I frankly don’t know why any theater wouldn’t want to participate in this,” Ashley says. “Theaters that ignore these issues do so at their own peril. We have to show that we are committed to looking at ourselves even if we don’t like what we see.”