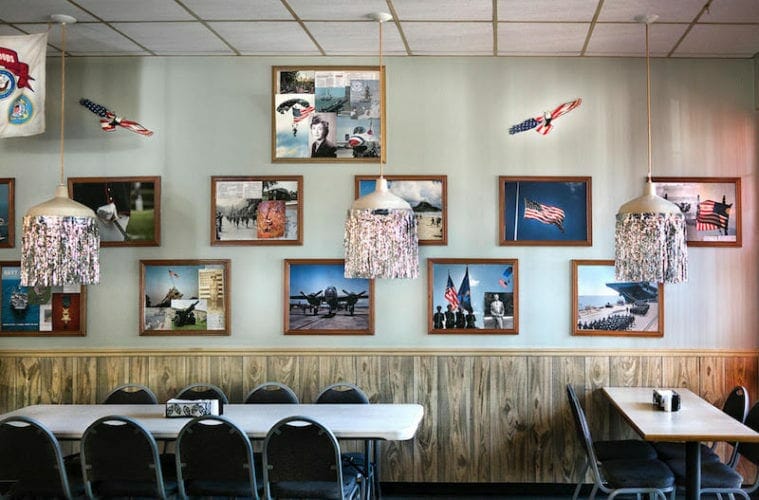 Teri Darnell drove 17,000 miles while photographing VFW posts around the country for her exhibit. She's visited every state except Alaska, Hawaii and Wisconsin. This is VFW Post 6330 in Jonesboro.

The crisis afflicting America’s war veterans is a deeply personal subject for Teri Darnell. She spent six years in the U.S. Air Force, notably in Berlin during the Cold War; her father served in the Navy during the Korean War. The fact that 20 vets die by suicide each day troubles her greatly as does the lack of public debate about it. 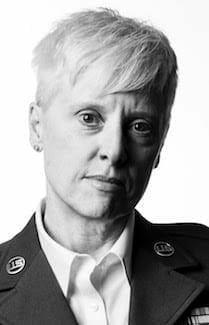 Teri Darnell was an aerospace warning and control systems operator in the Air Force.

An unplanned drive past a Veterans of Foreign Wars post in Florida sparked her interest. She decided to shoot portraits of the places she visited and to focus on the deterioration of the posts “that once were pillars in the communities.”

“They have suffered from a war of attrition, many demolished for gentrification and others abandoned or falling into disrepair from neglect and lack of funding,” Darnell says in her artist statement. In them, she sees a symbol of how society treats its war veterans.

Darnell’s long-term photography project, Veterans in Crisis, is on view as part of this year’s Georgia FENCE, the regional edition of the national public art exhibition known as The Fence. It’s on the Atlanta BeltLine’s Westside Trail through the end of this month.

Darnell recently talked to ArtsATL about her work and her passion for veterans.

ArtsATL: How did this project come about?

Teri Darnell: I was visiting my mom in Sun City Center, Florida, and drove to Apollo Beach looking for opportunities to photograph. I saw a building  with a VFW sign. I took a U-turn and went inside. The first person I saw was a thin man in a wheelchair wearing a Marine cap. I told him I liked his ball cap. He said, “That’s not my ball cap, that’s my cover.” I was in the Air Force; we wore caps. Marines wear covers. He said he comes to the VFW to play bingo. I looked around at all the bingo players. Everybody seemed to be having a good time and were poking fun at each other, like they’d been together for years. I felt a connection and wanted to explore more VFWs. I wanted to capture the essence of the places our veterans call their “home away from home.” 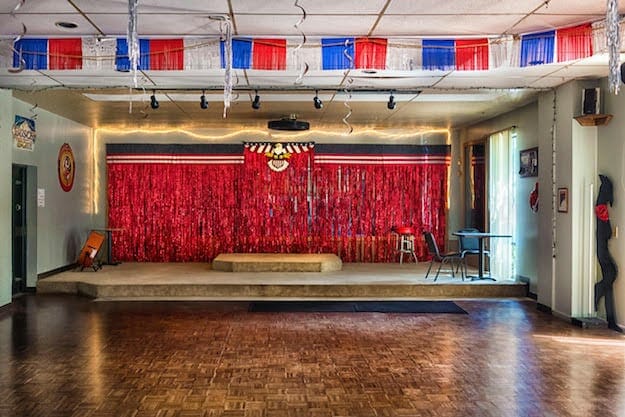 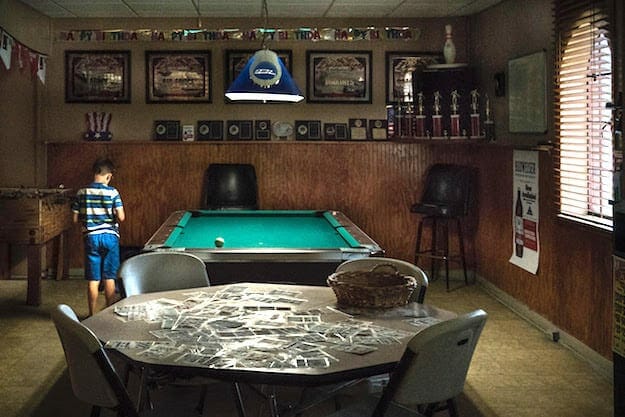 ArtsATL: Your project covers all 50 states, no small accomplishment. How did you proceed?

Darnell: I started doing research on VFWs and found that they are drastically decreasing in numbers. They went from having 2 million members in 1992 to 1 million members today. The number of VFW posts decreased from about 9,000 to 6,000. I wanted to know why. My research suggested that membership was declining because World War II and Korean War veterans are dying. I wondered why younger veterans weren’t signing up. I found that they just didn’t have a lot in common with the older vets.

ArtsATL: How are they different?

Darnell: Members at the VFWs I visited told me that younger vets are raising families and don’t have time to get involved. They carry a lot of stress, many with PTSD. The younger vets have a really high suicide rate. Every day 20 veterans die of suicide, and that’s a huge increase from the way it used to be. This generational disconnect leaves young veterans without a place to heal within their community. There are VFWs that are striving to offer a lot more than a bar and bingo. Members get involved in helping the community and, in turn, the community supports the VFW.

ArtsATL: There are hundreds of VFWs. How did you decide which to visit?

Darnell: I created a map to figure out the best route to hit at least one post in every state. I got in my car and drove through one state at a time. From Atlanta, I went up the East Coast and then back around the Midwest and back to Atlanta. My second long trip was hitting the mid states and the West Coast. I did a big circle around those and back to Atlanta. I was gone for three weeks on that trip. I put 17,000 miles on my car. I have photographed VFWs in 47 of 50 states. I still have three states on my to-go list: Alaska, Hawaii and Wisconsin. 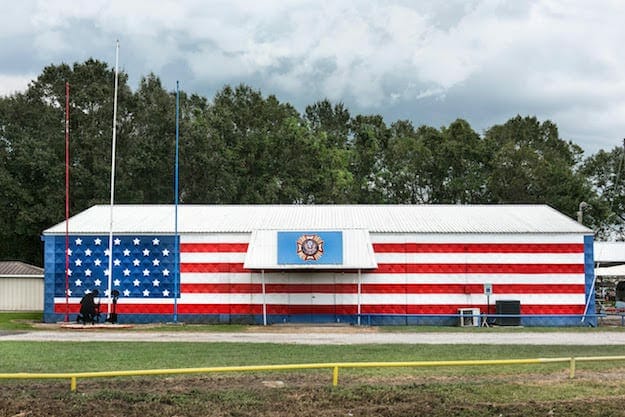 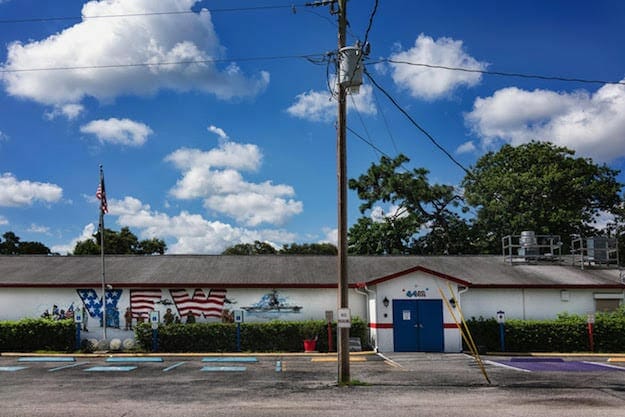 ArtsATL: Most of your previous projects were portraiture. Why did you decide to showcase places instead of people?

Darnell: I have had places in my previous projects, but for this particular one, I wanted to not focus on one or two or 10 veterans. I wanted to focus on the places that represent them. So when you see the pictures, you see the memorabilia of the people, the people who have died in wars, the places are about the people. I do have some portraits of people. I will show more of those in the project going forward, if I get a chance to make a book.

ArtsATL: What do you expect from this project?

Darnell: I’d like to make the general public more aware of these issues by having a traveling photography exhibition, by reaching out to local communities and letting them know organizations like the VFW can help veterans find resources. I’m not saying that the VFW is the solution to all the problems veterans have, because it’s not. I don’t have all those answers either, but I think local communities need help from Veterans Affairs.

ALSO IN OUR GEORGIA FENCE SERIES: